Again this year, there were people who were driving recklessly on motorcycles at dawn on Liberation Day. They asked to meet somewhere in advance through SNS, but the police obtained the information and caught it at the scene. 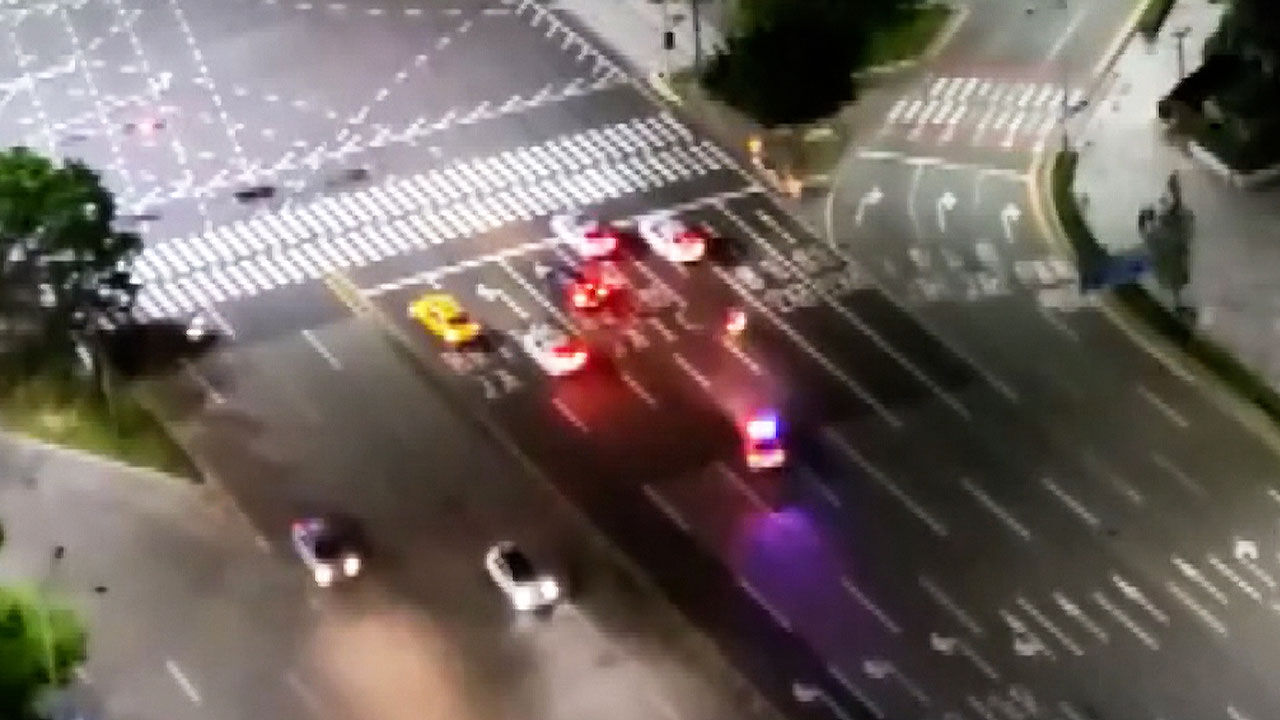 Again this year, there were people who were driving recklessly on their motorcycles at dawn on Liberation Day.

They asked to meet somewhere in advance through SNS, but the police obtained the information and caught it at the scene.

motorcycle makes a roaring noise and crosses the center line, and he does not hesitate to do dizzying acrobatic driving.

In the early morning of the 15th, which is Liberation Day, about 30 motorcycles were driving recklessly in Seo-gu and Gwangsan-gu, Gwangju.

Two of them even crashed into each other.

The police arrested two men who were driving a motorcycle on charges of co-hazardous conduct.

Bikers from Daegu and Gyeongbuk gathered at the gathering place announced through SNS, but the police were waiting in advance.

[Park In-kwon/Director of Traffic Accident Investigation Division, Daegu Police Agency: We obtained information on the assembly site in advance and mobilized all patrol cars and police

motorcycles to prevent formation of the ranks.]

On the last day of the holiday, there was also a traffic accident on the highway.

At around 2:10 pm today, inside the Da Tunnel of the Jungang Expressway in Chilgok-gun, Gyeongsangbuk-do, there was a collision, and then the following vehicles collided one after another, destroying 13 vehicles.

At the same time, near the Nami Junction of the Jungbu Expressway, eight vehicles that were suddenly slowing down as they entered a congested section collided.

There were no casualties in both accidents.

At around 5:10 am this morning, a man in his 20s went missing at the bank of the Han River in Apgujeong-dong, Gangnam-gu, Seoul.

The man was found to have visited the banks of the Han River after drinking with two of his friends in a nearby apartment.

Police and fire departments are conducting a search operation based on the statements of friends.