Logitech MX Master 3S and MX Mechanical: what a good pair this mouse and keyboard make

For the last two years my work tools have been a more or less silent keyboard and a very noisy mouse. The keyboard is the extended version (with keyboard... 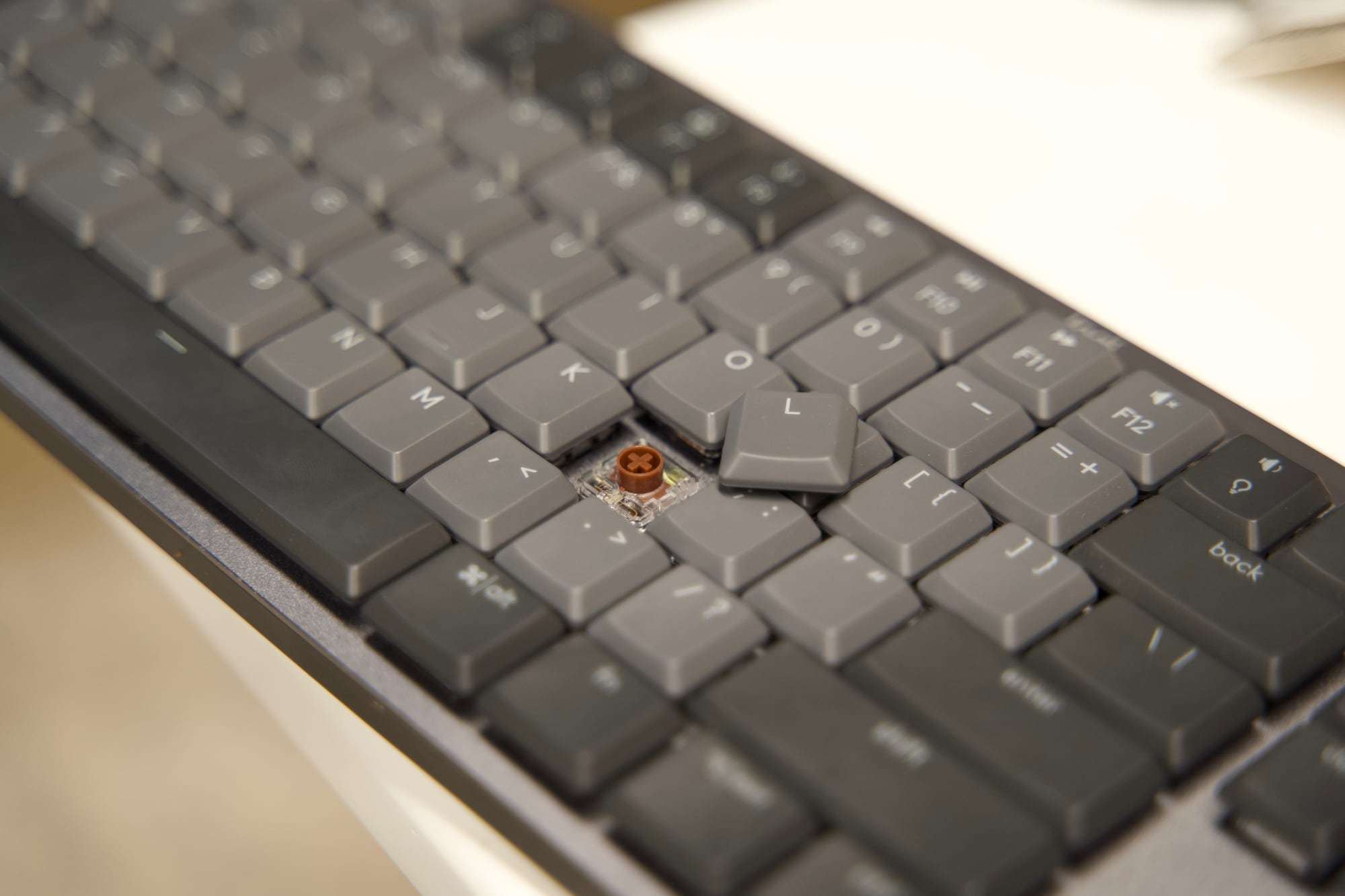 For the last two years my work tools have been a more or less silent keyboard and a very noisy mouse.

The keyboard is the extended version (with numeric keypad)

The mouse, my favorite by far of any other I've tried, is the

It's a combination I love, but for the past few weeks he's decided to switch things up and I've switched to using a very loud keyboard and a quiet mouse.

The keyboard is the

, a mechanical keyboard that can be configured with different switches to achieve the desired resistance.

The MX Mechanical is Logitech's answer to an increasingly evident trend.

Many users have grown tired of the feel of typing on a membrane keyboard and are looking for that long key travel and satisfying noise of the mechanical keyboards of yesteryear.

There is a large community of enthusiasts of these keyboards and around them an economy of suppliers of keys, cables, motherboards and switches has arisen so that everyone can build a custom keyboard.

simplifies things quite a bit because it offers a pre-configured solution.

It can be purchased with three types of switch, which is the spring that translates the key press into an electrical signal that the keyboard controller then transforms into information that is passed to the computer.

There's a "brown" switch, which is somewhat quiet, though considerably louder than a membrane keyboard;

a "red" one, with a more powerful

and with a resistance to linear pressing;

and finally a "blue" one, noisier and with a resistance curve (it costs more to press at first but then the key moves more smoothly).

The color coding is reminiscent of MX Cherry, which is one of the best known switch manufacturers and pretty much the standard that the mechanical keyboard enthusiast community uses when creating their keyboards.

The model that I have tried is the brown one and writing with it is incredibly satisfying.

I haven't used a mechanical keyboard for decades and I think I'll go back to a membrane one out of habit, but I understand the attraction they generate among enthusiasts.

The noise, when typing, is almost hypnotic.

can be chosen in an expanded version - with a numeric keypad - or mini and the keys are easy to remove and replace.

It's backlit, but only white, and can be connected via Bluetooth or RF using the included

It works with all operating systems including

and can remember up to 3 devices to quickly switch from, for example, a tablet to a PC.

The battery offers an autonomy of about 10 months per charge without backlight, or about 15 days with backlight, and is quickly charged via USB-C.

If you are completely exhausted, 15 minutes is enough for eight hours of work.

is for sale at a price of

in the mini version and

in the extended version.

As I said at the beginning, I have not only changed the keyboard.

Now I have a mouse that is also silent and it is actually the same one that I had before.

Logitech has released a new version of the MX Master 3 baptized as MX Master 3S and that changes the button switch to make it 90% quieter.

It is a delight, although deep down it is a matter of preference.

The meticulous details of the

, for example, uses an electromagnetic resistance to control scrolling that allows you to move quickly through documents if rolled at high speed (up to 1,000 lines per second) or accurately if moved slowly.

In the 3S there's also a new 8,000 dpi optical sensor that tracks almost any surface, even glass but other than that it's pretty much identical to its predecessor.

and the mouse can be connected via

Bluetooth or radio frequency (with the included

) and can remember up to 3 devices to connect quickly.

There are 6 configurable buttons and two scroll wheels, the main one and one adapted for the thumb and, I will repeat it, it is the most comfortable and efficient mouse I have ever tried.

is already on sale at the same price as the MX Master 3: