Emergency medical care collapsing... "Even if the appendix ruptures in 10 years, surgery is difficult"

We also deliver a continuous report that highlights our essential and emergency medical care in crisis. In the current situation, 10 years from now, it will be difficult to find a doctor who will perform emergency surgery when the appendix ruptures. 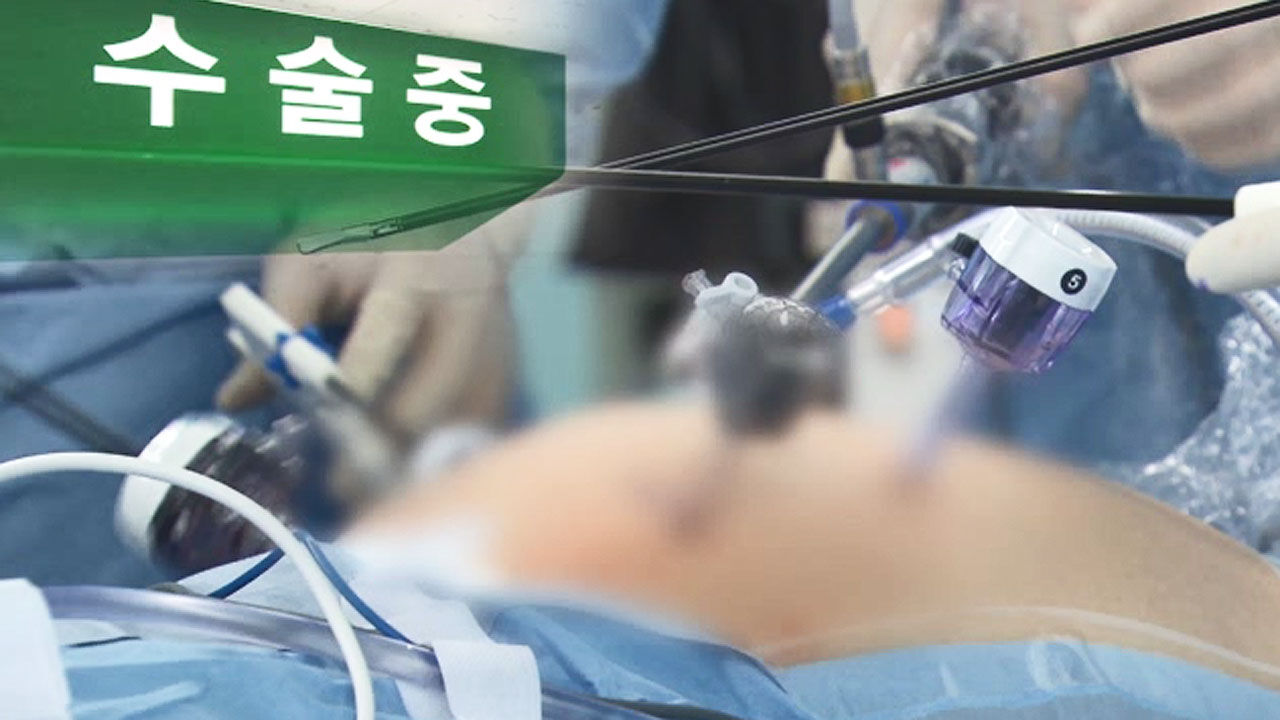 We also deliver a series of reports that look at our essential and emergency medical care in crisis.

It is said that in 10 years from now, it would be difficult to find a doctor who will perform emergency surgery when the appendix ruptures.

is the surgical operating room of Samsung Seoul Hospital.

[Lee Woo-yong/Professor of Surgery at Samsung Seoul Hospital: If you look here, cancer cells are located here, so this part is removed (removed.)]

Although the hospital has the largest number of surgeons in Korea, it suffers from a shortage of surgeons.

[Choi Young-hae/Samsung Seoul Hospital's 3rd year of surgery major: I have a night shift once every 3 days.

Over the past 30 years, the medical school’s quota has increased from 2,500 to 3,458, but the number of surgeons produced each year The number of specialists has been reduced from 220 to 140.

[Lee Woo-yong / Professor of Surgery at Samsung Seoul Hospital: The problem is that the number of patients who need surgery is increasing due to an aging society.]

Ji-yeon Song specializes in emergency surgery when an intestine is twisted or ruptured.

[Jiyeon Song / Surgeon at Samsung Seoul Hospital: There is a delivery tube.

We are disinfecting the area around it.

Having to carry this psychological stress of not being able to stretch out and fall asleep for the rest of my life...

The number of surgeons in charge of emergency surgeries such as severe trauma or pediatric surgery, like Mr. Song, is declining most sharply.

[Lee Woo-yong/Chairman of the Korean Society of Surgery: The bigger problem is that I am now trying to do a convenient department in surgery.

In the case of breast and thyroid gland, there are few emergency departments even in the surgical department.]

This patient, who lives in North Chungcheong Province, had a burst in the colon, but it took more than a day to find an emergency surgery hospital and eventually died.

[Lee Taek-gu / Professor of Surgery at Chungbuk National University Hospital: (This patient) The colon perforation has spread all the way to the area surrounding the peritoneum.

(I had surgery) After that, the sepsis became severe and he died.] In

Chungbuk, a population of 1.6 million, this is because there is only one place in Chungbuk National University Hospital that can provide emergency surgery for severely ruptured large intestine.

However, even here, two professors are in charge of 365 days.

[Lee Taek-gu/Professor of Surgery at Chungbuk National University Hospital: When one professor goes on vacation, he takes care of not only the professor's patients but also emergency surgery.]

If the current trend is declining, 10 years from now, there will be fewer than 100 surgeons for severe emergency surgery, which is half of the current number. It is predicted that it will be difficult to receive surgery when the appendix ruptures.

[Lee Woo-yong/Chairman of the Korean Society of Surgery: We are not saying that we will receive more salary.

The first is to be able to hire doctors even if the salary is the same.]