Heavy rain exceeding 110 mm per hour... One after another, including 2 missing

In Buyeo, South Chungcheong Province, heavy rain exceeding 110 mm per hour concentrated, causing two people to go missing and damage to the road, such as cut off. From yesterday to today at 8:30 am, the amount of precipitation was 182.5 mm in Cheongyang, 176.7 mm in Buyeo, 114.7 mm in Boryeong, and 84.0 mm in Nonsan. 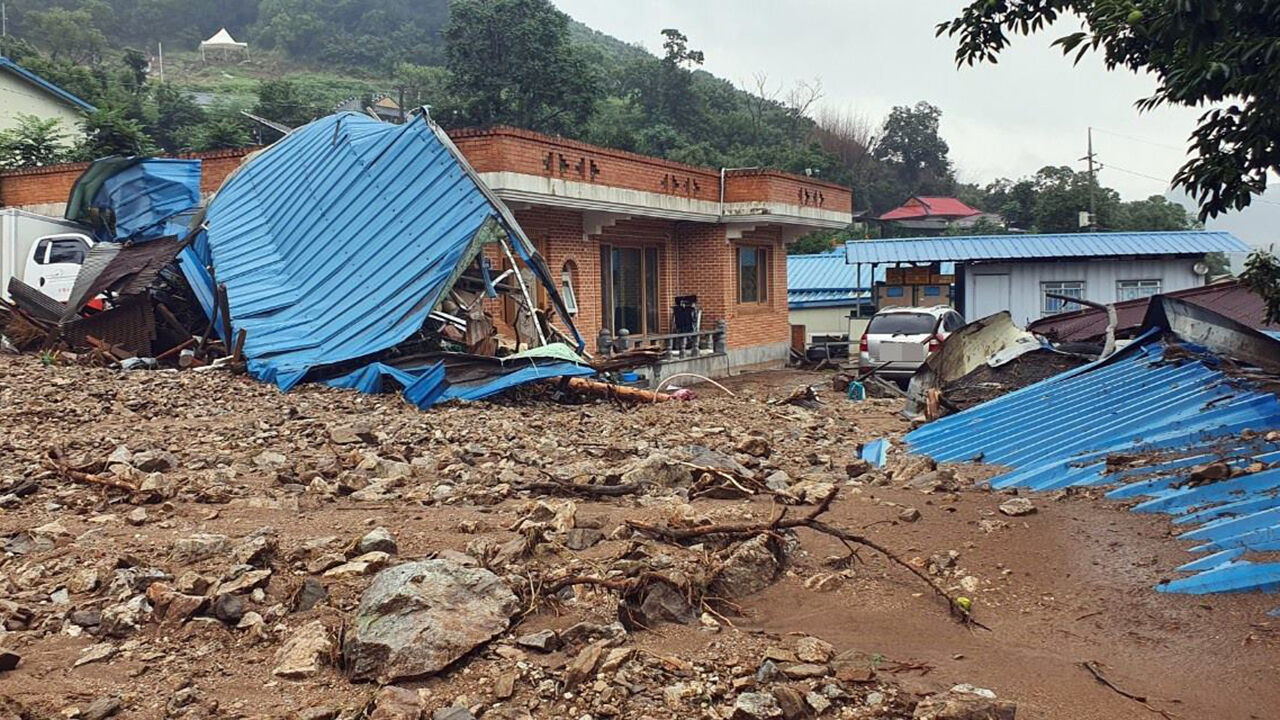 In Buyeo, South Chungcheong Province, heavy rain exceeding 110 mm per hour concentrated, causing two people to go missing and damage to the road, such as cut off.

In Buyeo, the average amount of precipitation per hour was 110.6 mm.

According to the South Chungcheong Fire Department, at 1:44 am today, a truck was swept away by the water near Naryeong-ri, Eunsan-myeon, Buyeo-gun, Chungcheongnam-do.

Two people, a 55-year-old driver and one passenger, who were in the truck went missing in the accident.

An official from the fire department explained, "There was a report from the driver that the vehicle was likely to be floating in the water."

The fire department is conducting a search near the river to find two missing persons, including Mr. A, using 220 firefighters and 20 equipment.

Earlier, at 0:30 a.m., 80 people who were working on a waterway in Jangpyeong-myeon, Cheongyang-gun were injured and transported to the hospital.

Roads and slopes were damaged in 18 cases, and about 200 hectares of farmland were submerged in water.

According to Chungnam Province, roads were flooded in two places in Eunjin-myeon, Nonsan and downtown Nonsan, but traffic was resumed.

In Boryeong Cheongna and Sinheuk-dong, 12 cases of flooding occurred in housing yards, and 18 cases of facility damage occurred, including flooding in the Daecheoncheon riverside parking lot.

In Cheongyang, including Namyang-myeon, Cheongyang-gun, 35 people in 4 cases and 15 people in Tancheon-myeon, Gongju, etc., were evacuated overnight due to river water near a residential area, but returned home this morning.

Damage to crops was concentrated in Buyeo, Cheongyang, Boryeong, Nonsan, and Gongju, where heavy rains were concentrated.

About 170 hectares of melons, watermelons, and grape facilities houses were flooded in Eunsan-myeon and Gyuam-myeon, Buyeo-gun.

About 30 hectares of paddy fields were filled with water in Boryeong and Cheong Ramyun, and more than 10 hectares of melon greenhouses in Cheongyang, Gongju, and Nonsan were also reported. was found to have been seen.