It took 3 days just to drain the water... Lee Jae-min 'sighs' at the news of the rain

Restoration work due to rain damage is in full swing across the country, but heavy rain is forecast again in the metropolitan area including Seoul. The water is only being taken away now, and the proper restoration has not even started. 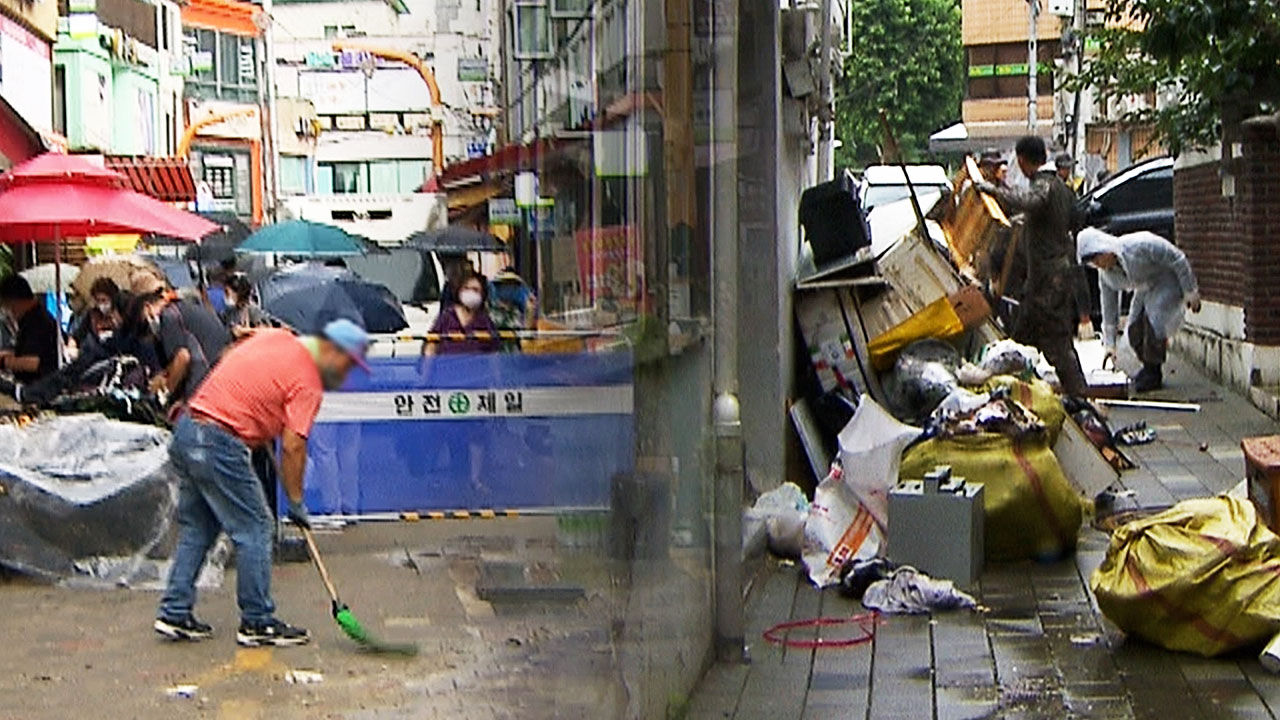 Restoration work from rain damage is in full swing across the country, but heavy rain is forecast again in the metropolitan area including Seoul.

The water is only being taken away now, and the proper restoration has not even started.

During the last torrential downpour, it rained the most in Seoul's Dongjak-gu Namseong Four Seasons Market.

A merchant collects garbage with a broom and an excavator moves heaps of garbage among the muddy waters.

It took three days just to drain the water from the store with the water pump, but when it starts raining again, the merchants are at a loss.

I have to stay overnight.

Fortunately, all the furniture inside is now in a state of disrepair.

If the water overflows, you have to drain the water again later.]

[Ahn Byung-cheol/President of Namseong Sagye Market Restaurant: Because I feel that there is nothing more wet…

They say the whole area is low.

So, the water will come in again, so what should I do...

A multi-family residential area where many people were displaced due to the last heavy rain.

Soldiers are carrying trash from a flooded house outside in the rain.

This villa is near Isu Station.

All the households here have been damaged by flooding and all things have been taken out, but if you look at this side, the floor is still full of muddy water.

Residents who come back from shelters and are cleaning up their messy houses are only sighing as to where to go when it rains again.

[Lee Jae-min / Dongjak-gu, Seoul: The sun was a little sunny yesterday, so I said it was going to dry out now, but it was raining again, so I was in a hurry to find a place to stay…

It's a bit overwhelming because I'm carrying an umbrella in one hand and carrying things.