[Correspondence] This is the first time the population has decreased... What should I do?

The rain poured down the central region like a hole in the sky. The Korea Meteorological Administration predicted that rain clouds would pour rain on the Korean Peninsula next week. 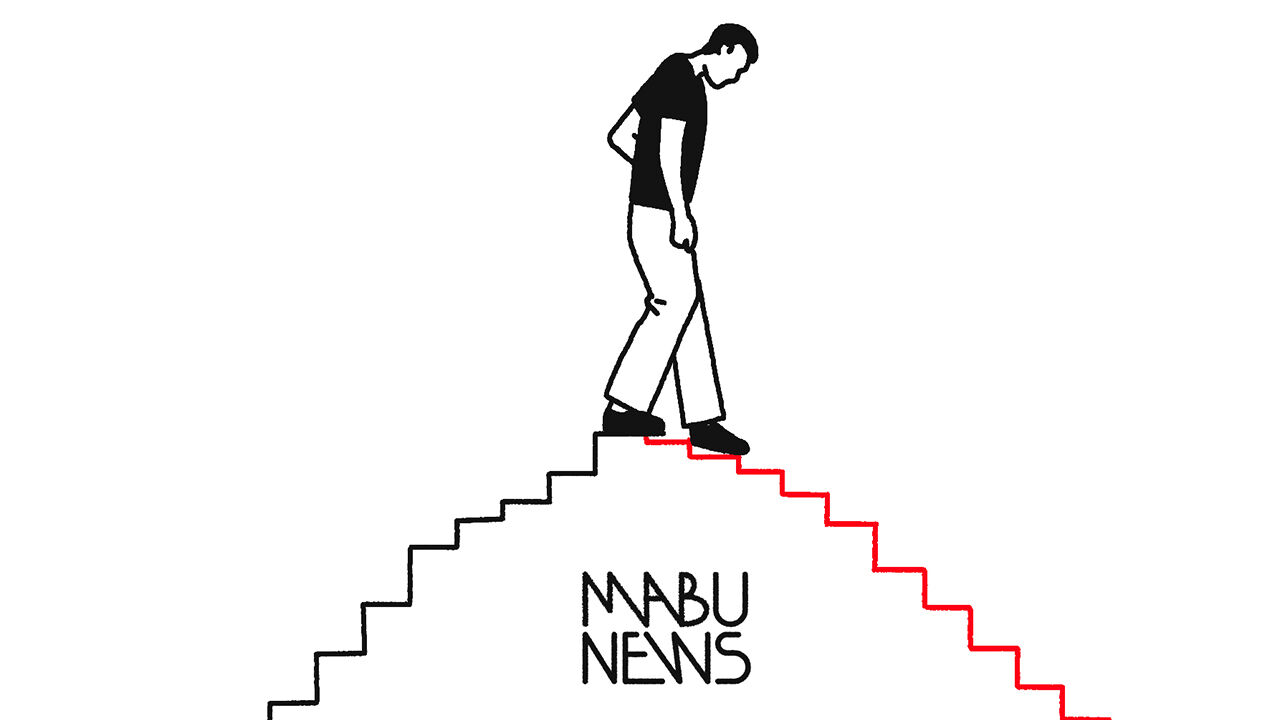 The rain poured down the central region like a hole in the sky.

The Korea Meteorological Administration predicted that rain clouds would pour rain on the Korean Peninsula next week...

I hope it ends with no major damage.

Remember before the rain story filled the news?

Have you not come across articles related to the Korean population often?

The article says that the country's population has declined for the first time in 72 years since the establishment of the Korean government.

Today's Mabu News will take a look at this population.

It's not that Mabu News didn't talk about population.

As the population directly or indirectly influences various social problems, it was mentioned in the previous Mabu News a lot.

But today, I'm going to focus on 'population' and talk about it.

So, the question Mabu News asks its subscribers today is this.

This is the first time the population is declining...

What should I do?

In the beginning there was Malthus

Subscribers Have you ever heard of the name Malthus?

The above text is part of The Population Theory, written in 1798 by the classic British economist Thomas Malthus.

In Malthus’s Theory of Population, the survival resources such as wages, land, and food are 1, 2, 3, 4…

This increases in arithmetic series, but the population is 1, 2, 4, 8…

I pointed out that it grows exponentially.

He warned that if the problem of population growth is not addressed, there would be big social problems.

Malthus' warnings were most acute in the 1960s.

In 1968, when the global population growth rate recorded an all-time high of 2.1%, uneasy voices were raised here and there, saying, “If we keep going like this, the world will end with a population explosion.”

The birth control policy was effective in East Asia such as Japan and China, including Korea, which was carried out under the slogan, “If you cover it up and give birth, you will be a beggar.”

But Malthus' warnings seem to be left behind.

What Malthus was missing was technological innovation.

Humans are smarter than we thought, and they have developed technologies that can produce far more survival resources.

Except for one person, Thanos in the MCU.

The final boss of the MCU, Thanos, proposed the theory that half of the universe would be destroyed so that the other half could live well in order to prevent everyone from perishing due to resource exhaustion.

Thanos collects the Infinity Stones with omnipotent cosmic powers to annihilate half of the universe, and the Avengers struggle to stop this aspiring villain, the heart of the MCU Infinity Saga.

The explosive growth of the population that Malthus or Thanos was worried about is no longer a concern of our humanity.

What we need to worry about now is the declining population.

Let's look at the data.

Using the population data released by the UN in 2021, I showed the change in the total fertility rate of countries around the world from 1950 to 2021.

The total fertility rate is the average number of births that one woman of childbearing age (15-49 years of age) is expected to have during her lifetime.

The dotted line in the graph above is the global fertility rate.

The country marked with a bold line is in a particularly serious situation.

The world's population will exceed 8 billion, 9 billion, and 10 billion, but there are many predictions that the end will exist.

According to this prediction, there may not be an 11 billionth human on this planet in the future.

Our country, which has the lowest fertility rate, could face an even faster end, especially.

In Korea, the population and housing census has been conducted every five years since 1960.

Since 2015, basic information, such as population, has been identified every year through the registration census method without on-site surveys.

The population sector results for the 2021 version of this census were released at the end of July.

As there are fewer newborns than deaths, the population growth rate also recorded negative figures for the first time in 2021.

Only the population aged 65 and over increased.

How is it compared to other countries?

As you can see from the fertility rate graph seen above, Korea's fertility rate in 2021 will rank second in the bottom among countries around the world.

Even then, the last place is Hong Kong with a fertility rate of 0.745, which is the lowest in Korea, excluding city-states.

For reference, if you look at the lower TOP5, there are many city-states such as Hong Kong, South Korea, British Virgin Islands, St. Barthelemy, and Singapore.

There are only two countries, Korea and Hong Kong, where the fertility rate is less than one.

Narrowing the scope a bit, this time, I compared the level of Korea among OECD countries.

First of all, it is the point of population decline.

For reference, countries that had already reached the peak of their population before joining the OECD were excluded.

Among OECD member countries, 5 countries including Korea have already reached a population peak.

Greece was the first to peak its population in 2004.

Among 38 countries, Korea is the 5th fastest.

The moving graph above is a graph showing the proportion of the population aged 65 and over in OECD member countries.

Korea is marked in red.

However, in the future, the proportion of the elderly in Korea will increase at a tremendous rate.

According to the UN forecast, after entering a super-aged society in 2025, Korea will reach the top 10 in the OECD aging population by 2029.

And from 2046, it will be the oldest country among OECD member countries.

Population decline, what will happen next?

Why are countries overreacting to population decline?

This is because population is a key factor in national economic growth.

Population is the main variable that determines the size of a country's economy.

Since the population is the subject of production and consumption, the economy and population are inseparable.

Ultimately, the labor productivity of the country as a whole will inevitably decrease.

This will slow the national economic growth.

Not only that, but population decline affects all parts of society.

Mabu News has dealt with it in the past through letters, so I will briefly summarize it.

<Can I really not receive even a penny from the National Pension since 1990?>

As discussed in the letter, the biggest influence on the income and expenditure of the National Pension is the population.

As the number of young people decreases and the number of older people increase, the national pension fund will continue to shrink.

In the <Can the CSAT be eliminated?>

letter, I looked at the education population and the college admission system.

As the population decreases, the number of students taking the entrance exam is also decreasing.

Due to the declining population, the number of test takers is fewer than the university admission quota, and the very existence of local universities will be shaken.

Developed countries that experienced population decline before Korea have made every effort to restore economic growth.

The first policy chosen by developed countries was to respond to an aging population.

The core of the aging response policy is to close the productivity gap between the older population and the younger generation.

The goal is to not only view the elderly as an object of support, but to utilize their labor force as much as possible.

The National Assembly Budget Office analyzed the effect of aging response policies on the economic growth rate of OECD countries.

However, after 2000, when the aging population response policy was implemented in earnest, the decline slowed to 0.19~0.25%p.

Another option to tackle population decline is immigration policy.

Since it is difficult to raise the fertility rate in a short period of time, and even if it does, it is virtually impossible to expect a replacement fertility rate higher than the current population level.

Whether securing a new workforce as immigrants has a large positive or negative effect varies from study to study.

While there are positive voices that an increase in the total population and immigrants concentrated in an economically active age group contribute to a reduction in dependency costs as a result, it has a negative impact on the labor market, such as replacing jobs for domestic workers, lowering wage growth and worsening working conditions. There are also studies that show negative effects.

In addition, there are additional social costs due to differences in perceptions of immigrants.

If it doesn't change, it may disappear

In 2006, the Ministry of Internal Affairs and Communications announced that Japan had entered a super-aged society for the first time in the world.

At that time, there were 26.4 million people over the age of 65, and the elderly accounted for 20.7% of the total population.

A cross between adult and infant diapers has occurred.

The core of the Japanese diaper market right now is adult diapers.

Instead of small babies appearing in diaper advertisements, older people are taking their place.

It's not just Japan.

Experts are of the opinion that Korea and China will soon be in a situation.

In the Chinese market, sales of adult diapers are expected to surpass that of infant diapers by 2025.

The size of the potential market in Korea has already been analyzed to the extent that it is equivalent to that.

As the economy of the elderly becomes more active, the adult diaper market will inevitably grow.

The peak of our population has already passed.

A society centered on aging is no longer a story of the distant future.

So, what should our country do?

Experts are judging that it is virtually impossible to raise the replacement fertility rate (2.1) as long as Korea's total fertility rate has fallen below one.

To put it bluntly, our country has to prepare for an era of population decline.

One policy aimed at raising the declining birth rate even a little, and the other two policies aimed at reducing the impact if an era of population decline cannot be avoided.

Although we are preparing policies, the influence of the population is so great that not a few changes will unfold before our eyes.

This is the question I want to ask you readers this week.

What do you think is the most important policy in an era of population decline, low birthrate, and aging?

Can we solve the population problem only by solving the metropolitan area-intensive competitive society?

Or do we need to increase our birth support further?

As there are various opinions, I am curious what readers think.

Let us know in the comments below which policy you think is the most important!

:) (*This article is an edited article from the Witchcraft Newsletter.)

Subscribing to our newsletter ​→ https://page.stibee.com/subscriptions/56136