Bichi, the tall Japanese who hides in a beach bar in Formentera

There is a paradise two hours from Madrid (between plane and boat) that lacks nothing. Beaches with crystal clear waters, charming towns, fashionable beach bars, lighthouses with sunsets... 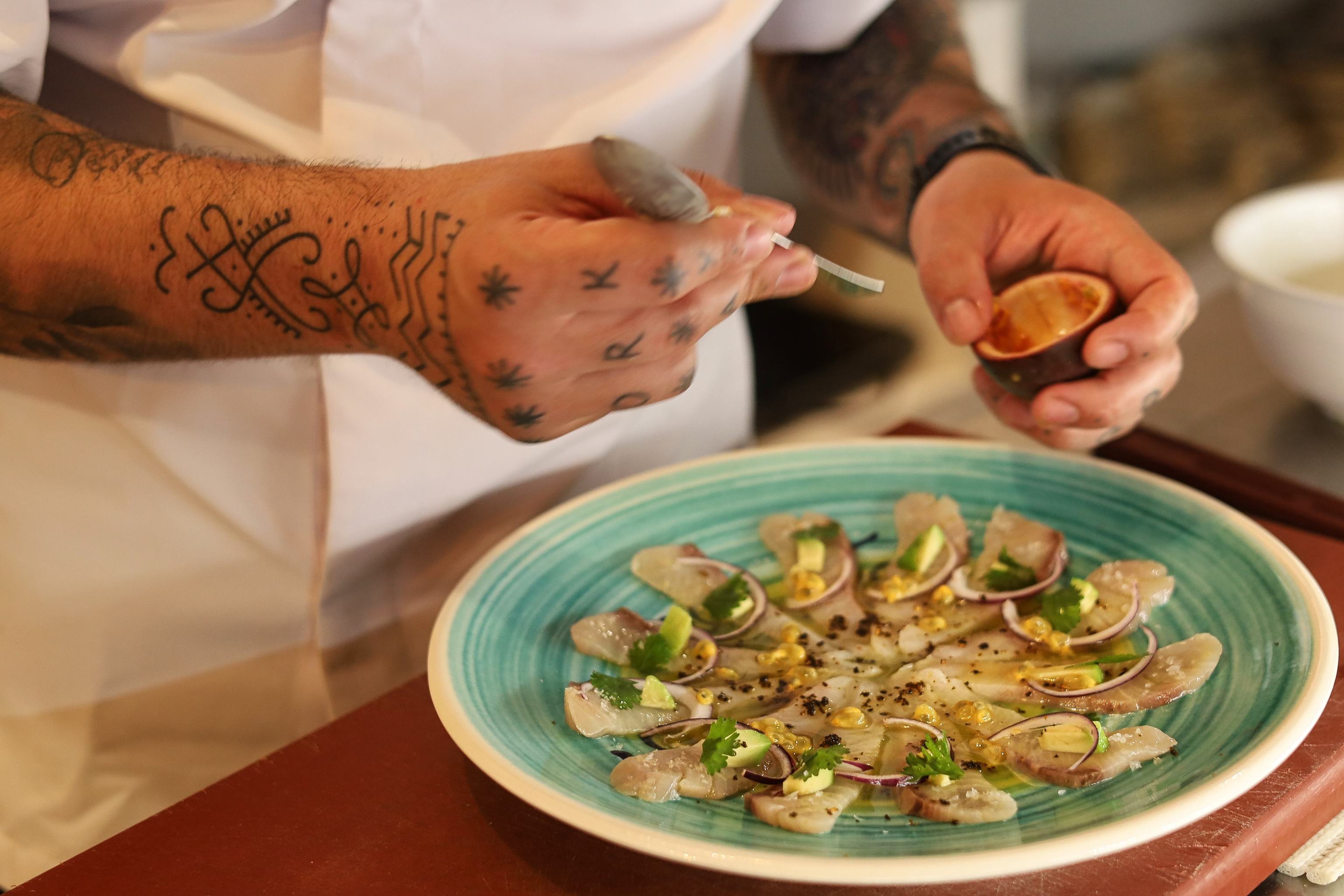 There is a paradise two hours from Madrid (between plane and boat) that lacks nothing.

And since this summer, they also have it.

Formentera has launched two pop-ups that have arrived with the summer and will leave with it.

Hidden behind the name of Bichi -beach in Japanese-, are two bars where

mark the calm rhythm that is breathed in the smallest island of the Pituisas.

The last to open has been the one located in the Ínsula Beach restaurant, a beach bar at the foot of the idyllic beach of Es Arenals, in Migjorn.

", explains Juan Alfaro, one of the entrepreneurs behind this concept and also from the Sr Ito group in Madrid.

With the sea in front and good live music, the plan could not be more appealing.

In the bar that is in one of the corners of the space,

David González has been working for a while, a Canarian chef seasoned in Kabuki Wellington

who wanted a change of scenery and headed for the island when they told him about the project.

Under the orders of Ricardo Sanz, the most traditional 'sushiman', he spent 12 years in the capital, a time in which he learned to appreciate and take care of the best product.

"There are times when opportunities arise and you shouldn't let them pass you by," he says shyly as they photograph him with a tray of sushi by the sea.

Every day he is in charge of choosing the

product from the best fish markets in the country

: from the Atlantic waters of Cádiz and Huelva, from the Bay of Biscay and, of course, from the Mediterranean.

"We work with tuna from Balfegó, in Tarragona, and Fuentes, in Cartagena",

El Lince, the new place of Javi Estévez where the offal gives up (a little) its prominence

El Lince, the new place of Javi Estévez where the offal gives up (a little) its prominence

With feet full of sand and after taking a bath in those turquoise waters that paint the horizon, the body asks for an informal and light menu.

You can start with a wakame salad with pickled vegetables in sunomono, curious chirashi -the predecessor of poke bowls-, and some oysters (they can be with caviar; with sake, lychees and kimchi).

While the group Ropa Tendida sings the song

-and half a beach bar with them- the sashimi and nigiris arrive at the table (such as butterfish with white truffle pâté or guanciale with caviar).

They also have an extensive wine and champagne list to prolong the party.

Scallop nigiri with sobrassada and honey from Formentera.

In Ca Na Joana, one of the oldest establishments on the island -in San Francesc-, hides the second 'Japanese' pop up of the summer.

In a typical house with a charming garden with lights, bougainvillea and a piano to liven up the evenings, the sushi and sashimis, the tiraditos and the tartares are the stars of a more formal and elaborate proposal.

Before choosing, listen to David's recommendations, he prepares everything at the moment is a kitchen seen.