The water level rises in the Jamsu Bridge... Control of 'Gayang-dongjak Bridge' on Olympic Boulevard

Rain clouds have descended to the south, but the water level of the Han River is rising as dams upstream of the Han River release water. Let's take a look at the traffic situation in Seoul. Let's go to the submarine bridge. 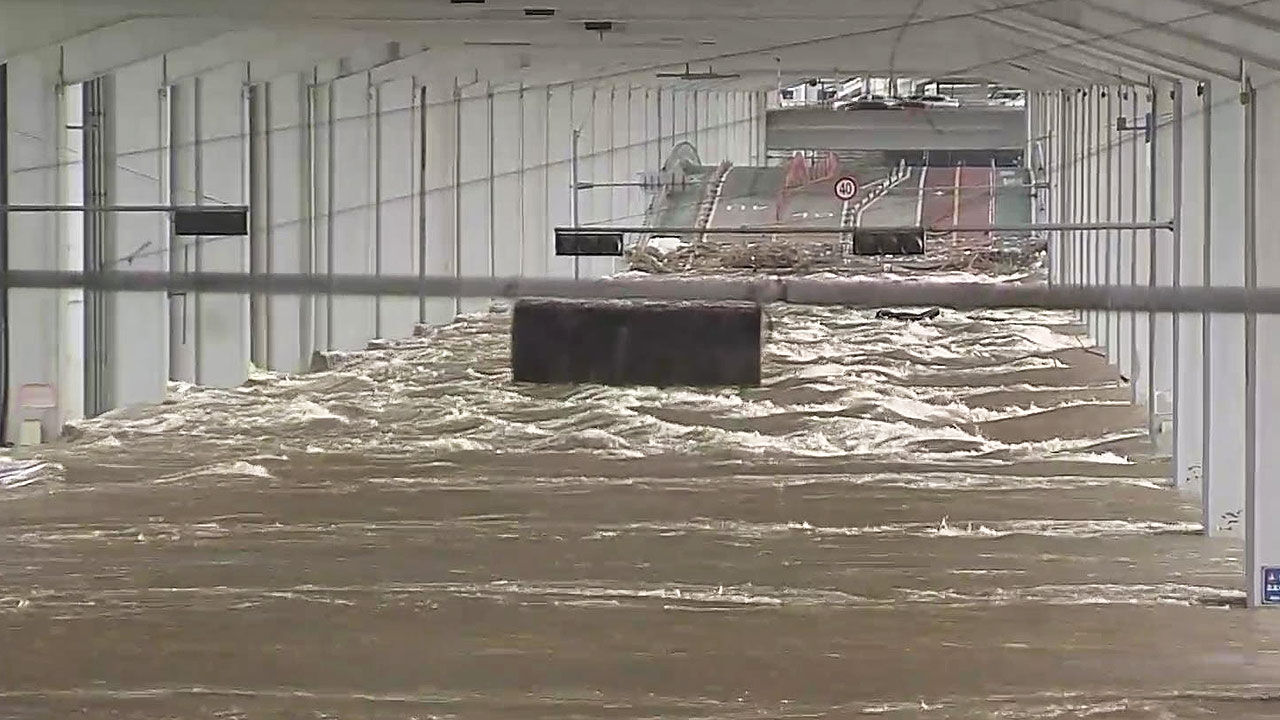 Let's take a look at the traffic situation in Seoul.

Let's go to the submarine bridge.

It is shown on the Jamsu Bridge over the Han River in Seoul.

There is currently no rain here.

However, as the water level of the Han River rises, Jamsu Bridge and Hangang Park are still submerged.

This is because the Paldang Dam is discharging 12,000 tons per second due to heavy rains in the upper reaches of the Han River such as Gangwon and Chungcheong.

From 3 pm, the Soyanggang Dam also started to be discharged for the first time in two years since the summer of last year.

Currently, we are discharging more than 400 tons per second, and we plan to increase the amount of discharge depending on the situation, so the water level at the Jamsu Bridge is expected to rise further.

For the fourth day, neither cars nor people are able to pass, and it is unlikely that traffic will resume immediately.

Where else is road traffic controlled?

As the water level of the Han River rose, the section of Dongjak Bridge from Gayang Bridge to Olympic-daero was completely controlled from 3:30 pm.

In addition, a total of 17 downtown Seoul roads are under control.

In the western part of Seoul, both directions are controlled at Dangsan Interchange, Mangwon Interchange, and Gaehwa Six Gate, and in Gangnam, Seoul, the section from Yangjaecheongyo to Yeongdong 1st Bridge and Sinsa Interchange are prohibited.

All Seoul subways are operating normally.

Real-time traffic information can be found on the Seoul Traffic Information System website.

As the situation is constantly changing, it is recommended to check the traffic information in advance and go home from work.