The rain clouds that had sprung a lot of rain in the central region centering on the metropolitan area have now descended to the south. It rained heavily in Gunsan, Jeollabuk-do, which flooded major roads and houses. 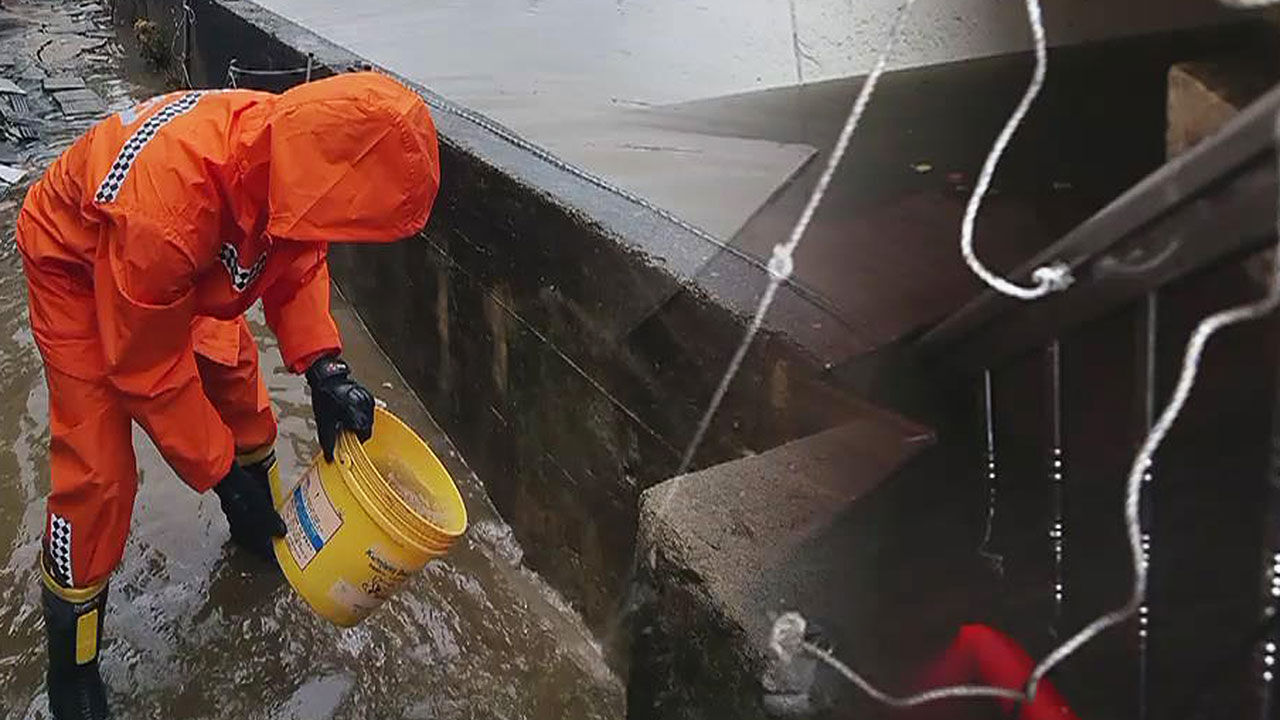 The rain clouds that sprung a lot of rain in the central region around the metropolitan area have now descended to the south.

It rained heavily in Gunsan, Jeollabuk-do, which flooded major roads and houses.

Reporter Minjun Kim, how is the situation in Gunsan now?

Yes, I am now at a crossroad in downtown Gunsan.

The ground was weakened by heavy rain from yesterday (10th) until today, and there were many places where the ground collapsed.

It's the same here as you see me right now.

The ground has been surrounded by a blue safety fence around the pit, and restoration work is in progress.

As the rain clouds became weaker, the heavy rain advisory issued for the entire Jeollabuk-do area, including Gunsan, was lifted after 7 pm.

However, from yesterday to today, more than 250mm of rain has fallen, flooding the entire city.

The intersection of Gunsan University in Miryong-dong and the intersection in front of the Naun-dong public health center were flooded, and as the drainage work took place for about two hours, the passage of citizens was restricted.

More than 80 houses, shopping malls and 70 roads were also submerged.

[Gangchangnam/Gunsan-si, Jeollabuk-do: I was kicked up to here, but I kicked up to my knees in front of that.

I'm afraid the water will come into the house.

Before that, it rained a lot a few years ago, so the first floor was full of water.

But I was very worried that it might be the case today.]

Even if the rain is getting weaker, it's still too early to be relieved, right?

Yes, besides Gunsan here, it rained heavily throughout Jeollabuk-do today.

The amount of precipitation in Jeollabuk-do since then was 256 mm in Gunsan, 185 in Iksan, and 156 mm in Gimje.

In Jeollanam-do, Gwangju was 9, and Yeongwang was 27mm.

In Honam, 30 to 50 mm of rain per hour is forecast until tomorrow morning, and the Meteorological Administration predicted that the rainiest places will record more than 120 mm of precipitation.

The congestion front is expected to gradually disappear further down the south, but as rain is expected until tomorrow, the authorities urged citizens to take care of their safety.