Scientists from Sweden have created a human cornea implant from collagen obtained from pigskin. Its widespread use will make the treatment of eye diseases more accessible, the authors of the work believe. Now, in a number of cases, expensive transplantation of the donor cornea is required. Scientists have also developed a new method of surgical treatment of the cornea - the researchers propose not to remove the deformed tissue, but to supplement it with an implant. As part of the trials, such therapy has already restored vision to 14 volunteers, the authors of the technique said. 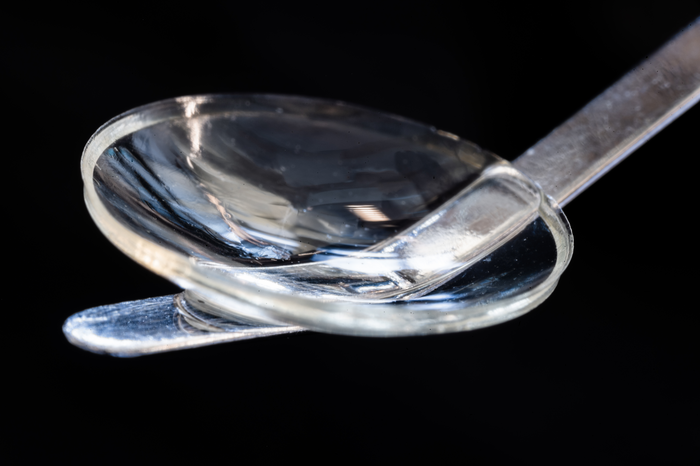 Swedish scientists have developed a human cornea implant from collagen obtained from pigskin.

According to the authors of the work, the use of such implants has already helped restore vision in 20 volunteers, most of whom were previously blind.

The results are published in the journal Nature Biotechnology.

Scientists note that such implants can replace expensive transplantation of a donor human cornea in the future.

To create a material identical to the tissues of the cornea, the researchers used collagen protein molecules obtained from the skin of pigs.

The raw material underwent a high degree of purification, then a durable, transparent material was created from it.

Bioengineered implants have a long shelf life - the material can be stored for two years, while donor corneas must be used within two weeks.

The use of such implants can make the treatment of eye diseases more affordable, Swedish experts believe.

“According to the results of the study, it is possible to develop a biomaterial that meets all the criteria for use as a human implant, which can be mass-produced and stored for up to two years, and thus reach even more people with visual impairments.

This will save us from the problem of a shortage of donor corneal tissue and limited access to other methods of treating eye diseases, ”said one of the researchers, Professor of the Department of Biomedical and Clinical Sciences at Linkopig University, Neil Lagali.

Researchers have also invented a new surgical technique to treat keratoconus, a disease in which the cornea thins and deforms.

Scientists have proposed not to remove the old cornea, but simply to plant an implant to it, this technique does not require suturing.

“A less invasive method could be used in more healthcare facilities, allowing more people to be treated.

When using our method, the surgeon does not need to remove the patient's own tissues.

Instead, a small incision is made through which the implant is inserted into the existing cornea,” explained Neil Lagali.

The method was tested on pigs, the results of the experiments showed its safety and simplicity.

Then scientists found 20 volunteers in India and Iran who were blind or on the verge of losing their sight due to progressive keratoconus.

The operations went without complications, and an eight-week course of immunosuppressive drops was enough to prevent implant rejection.

After a conventional corneal transplant, special medications must be taken for several years after the operation, the authors note.

The result of a pilot clinical study was an improvement in the vision of all participants.

Although 14 out of 20 volunteers were blind before the operation, after two years they were all able to see.

However, before the implant can be widely used, scientists need to conduct a larger clinical trial, as well as gain approval from national regulatory authorities.