Samsung has returned one more year to double its smartphones. The company today announced the fourth generation of its Z Fold phones and the third generation of the Z Flip -despite... 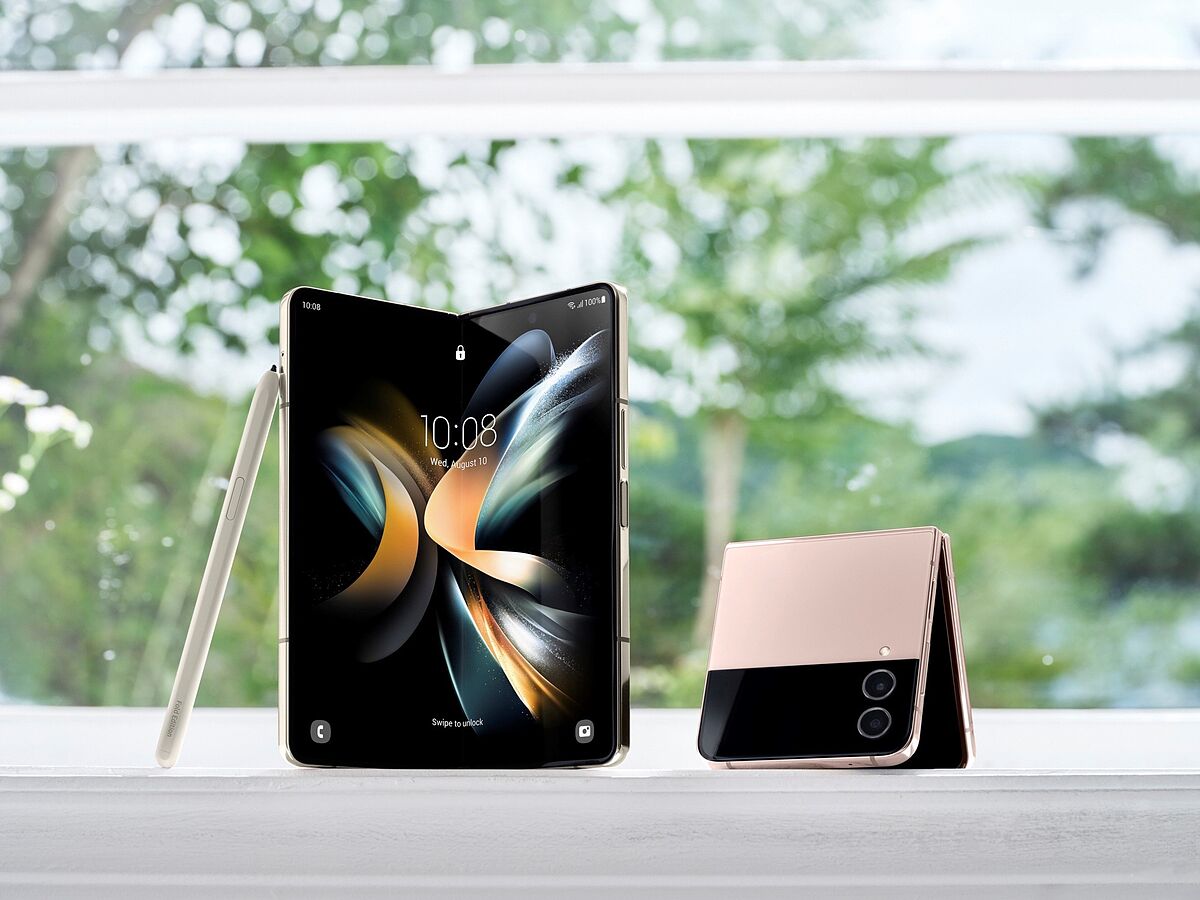 Samsung has returned one more year to double its smartphones.

The company today announced the fourth generation of its

Z Fold phones and the third of the Z Flip

-despite the fact that, since last year, both use the same numbering-, two folding phones that are distinguished by both dimensions and features. but as a distinctive feature they include folding screens that allow their dimensions to be reduced by half.

This type of folding mobile, thanks to its flexible screens, has been with us for almost half a decade and is in the catalog of various manufacturers, such as

, but few can boast of having supported the format with the strength and results of Samsung.

"We have successfully transformed this category, from a radical or revolutionary project to a well-received device offering that is already enjoyed by millions of users around the world," said TM Roh, President and Head of

has a similar design to last year's

is a larger and more powerful smartphone, almost a tablet when it is unfolded, and this year the dimensions of its screen and cameras change and it launches new software that allows a user experience more similar to that of a PC .

Let's start with the latter.

can be considered by far the most advanced mobile in the Samsung catalog, with the features that can be expected from a high-end mobile and the versatility of having two screen configurations.

screen with a 23:9 format (a little longer than usual) on the outside.

The screen has a refresh rate of 120 Hz and the experience is not very different from that of any other Galaxy mobile from the company.

Although the absolute value of the diagonal does not seem much, the difference in format makes this screen almost twice the size of the previous one and the experience of using the phone becomes something more similar to that of using a tablet.

has also better hidden the selfie camera that is integrated under this screen, and that has 4 MP.

is compatible with the S Pen smartpen and comes with version 12L of the Android operating system, with several modifications designed to take advantage of the larger screen surface.

Samsung has also added some features that make using the

more like the experience of using a PC, such as an app bar at the bottom of the screen and better support for multitasking functions, such as the ability to drag items. between several applications that are displayed simultaneously on the screen.

The phone has the latest generation of Qualcomm processors, the Snapdragon 8+ Gen 1, and also has a new camera module.

It has three lenses like the Galaxy S 22 launched a few months ago.

The first is a 12 MP ultra-wide-angle camera with an F2.2 aperture and a photoreceptor size of 1.12 m.

The main one is a 50 MP wide-angle camera with image stabilizer and F1.8 aperture.

Finally, there is a 10 MP telephoto lens, also with a stabilizer and an F2.4 aperture.

When folded, the phone has a better quality 10-megapixel front camera than the one under the screen that folds.

is IPX8 waterproof, which means it can stay submerged in fresh water for up to 30 minutes.

It is available in three configurations of storage space (256, 512 and 1TB) and all models have 12Gb of RAM.

There are four colors available: green, black, gray and burgundy, but the latter is only available on the manufacturer's website.

It will be available for pre-order in select territories starting today, but won't begin shipping until the end of August.

The company hasn't released official pricing yet, but the base model, with

External changes to the

When unfolded, this phone has the dimensions and appearance of a conventional mobile phone, but the advantage is that, when folded, it becomes a much more compact phone, similar to what the clamshell phones of a few decades ago offered.

Samsung has refined the design with a slimmer hinge, straighter edges, and lacquered glass on the rear panel that give it an overall more luxurious look.

Also, although it is sold in four colors (purple, graphite, gold and blue), Samsung has a special edition that can be customized with more than

Inside there is news.

now has a better processor (Snapdragon 8+ Gen 1), more battery and a better screen.

Folded it has a smaller one, only 1.9 inches, but Samsung has expanded the functions that can be performed without having to open the phone.

One of the advantages of this design is that the phone can be opened in an L-shape and placed on a surface to record a video or take a selfie with the rear cameras, which are clearer.

have collaborated to better integrate these recordings into the most popular social networks, such as

The phone has a 10 MP front camera.

can be reserved from today in several territories and will start shipping at the end of the month.

The official price has not yet been communicated but it will be around 1,200 euros for the basic model.