17 road restrictions in Seoul... "Check traffic on the way to work" 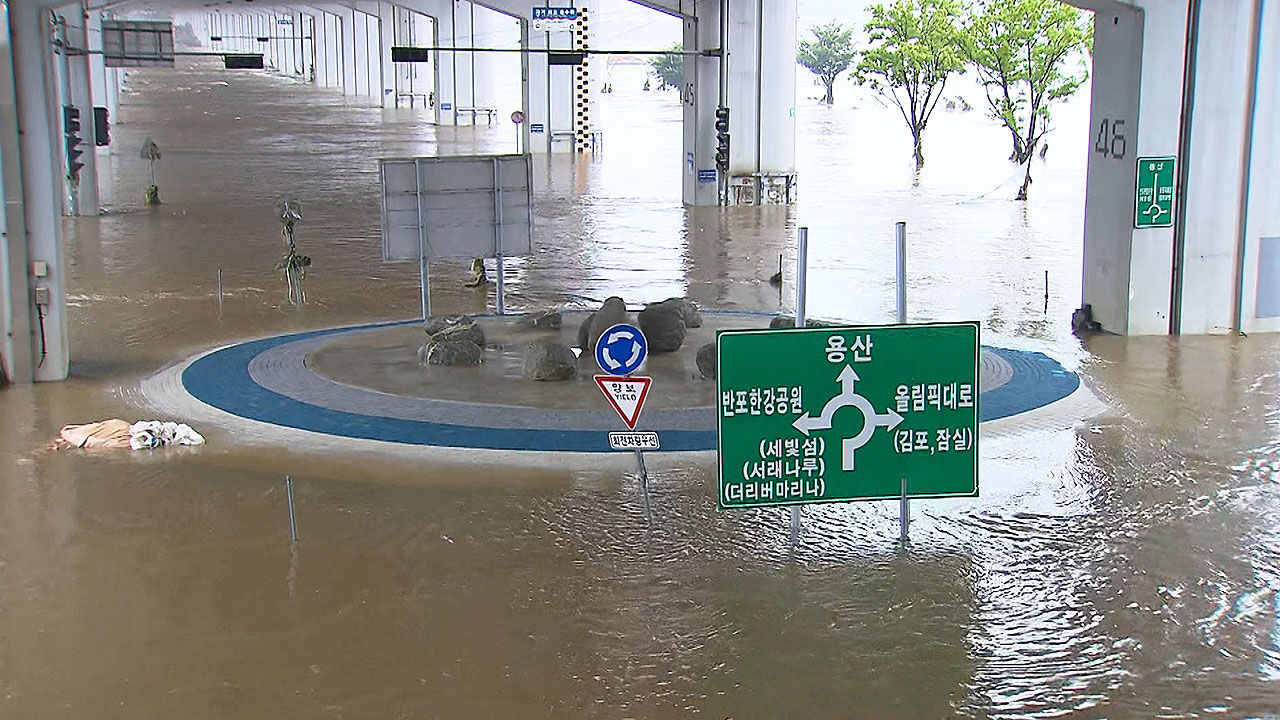 rain stopped yesterday (10th) in Seoul, but it was difficult to commute to and from work as major arterial roads were controlled due to heavy rain.

Most of the major arterial roads were freed this morning.

However, there is a controlled road, so you should check it before exiting.

We will connect with a reporter who is at Jamsu Bridge to find out more about the current situation.

Reporter Han So-hee, looking back, the water level of the Han River has been maintained at a very high level for several days?

Yes, I am at the Han River Jamsu Bridge in Seoul.

The heavy rain is now showing a lull.

The Jamsu Bridge and Hangang Park, which should be visible behind me, are still submerged and invisible.

The water level at Jamsu Bridge was 7.58m as of 6:30 am today, compared to yesterday, which once soared to 9.7m, but the water level is rising again little by little.

It has already passed the water limit, so neither people nor cars can pass, but at least cars must go down 1m or more to pass.

But looking at the rain situation now, I can't be relieved.

Since dawn, 20-30mm of heavy rain has been pouring down the southern part of Gyeonggi-do every hour, and the water level of the Han River is rising again.

In particular, in the Pyeongtaek area, torrential downpours of more than 40mm per hour fell, requiring the attention of local residents.

Which roads are currently under control?

Most of Seoul's major arterial roads are now closed.

As the control of the section from Dongjak Bridge to Gayang Bridge was lifted last night, all sections of Olympic Boulevard are now accessible.

However, some of the city roads are still under control.

It's raining all the time, and traffic conditions are constantly changing, so I'll have to check the traffic information on my way to work in the morning.