“Connections that go beyond ordinary trade relations”: archaeologists found the seal of Vladimir Monomakh in a Prussian settlement

Russian archaeologists discovered the seal of Vladimir Monomakh with the image of his heavenly patron during excavations of an ancient Prussian settlement on the territory of the Kaliningrad region. According to scientists, the find speaks of high-level contacts between the Prussian tribes and Ancient Russia. Important state and diplomatic documents were fastened with such seals, experts say. This is not the first find that proves the existence of strong ties between Russia and the peoples who inhabited the coast of the Baltic Sea. 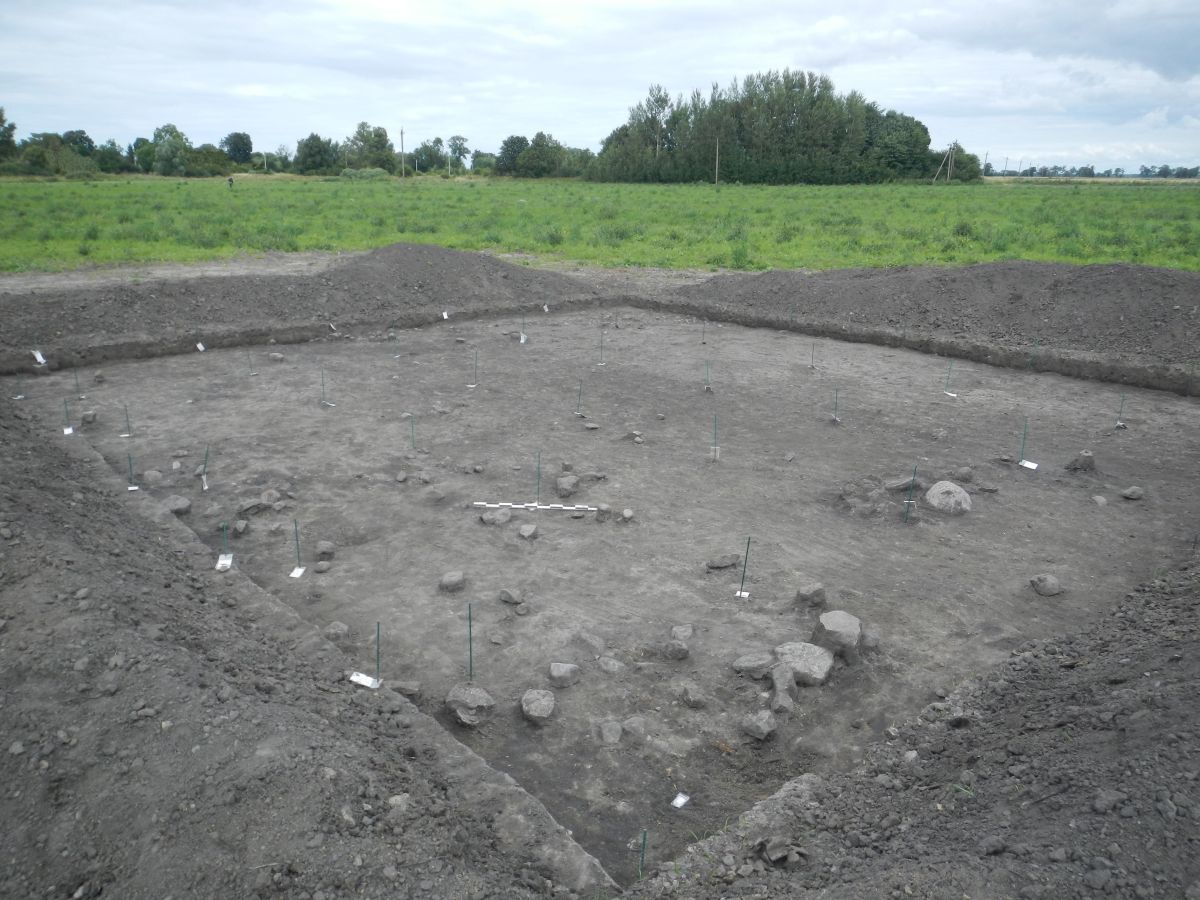 Specialists from the Institute of Archeology of the Russian Academy of Sciences discovered the seal of the Grand Duke of Kyiv Vladimir Monomakh in the Kaliningrad region.

The discovery was made during the excavations of the medieval Prussian settlement Privolnoe-1.

On the front side of the lead seal is depicted St. Basil of Caesarea, the heavenly patron of Vladimir Monomakh.

On the reverse side there are four lines, which are deciphered by scientists as the phrase "Lord help your servant Vasily."

“The found grand ducal seal, as well as the seal of Monomakh’s grandson, Prince Vsevolod Mstislavich, discovered in 2016 in the same settlement, indicate that in the Middle Ages there were ties between the Prussians and Ancient Russia, far beyond the scope of ordinary trade relations.

Important state and diplomatic documents were sealed with such seals, they were addressed to people who held a high position in the medieval society of the Prussians, ”explained Yaroslav Prasolov, one of the leaders of the research project to study the monument, a researcher at the IA RAS, Candidate of Historical Sciences.

The scientist noted that archaeological finds that testify to such contacts in the 12th century open a new chapter in the history of the region.

Recall that the settlement of the ancient Prussians Privolnoye-1 was discovered by the expedition of the IA RAS in 2016.

According to scientists, representatives of the Sembi, one of the Prussian tribes, lived here in the Middle Ages.

We are talking about the era that preceded the invasion of the region by the Teutonic Order of the Crusaders and the conversion of the local population to Christianity.

According to historians, the Prussian tribes of those times maintained close trade and cultural ties, primarily with the Germanic peoples.

At the same time, there were active contacts with Ancient Russia.

Findings made by scientists during the excavations of the settlement Privolnoe-1 testify to the existence of such relationships.

So, in 2016, during excavations, objects characteristic of ancient Russian material culture were found here: a matrix for making crine-shaped pendants popular in Russia (from the outdated “krin” - lily), commercial seals of the “Drogichinsky” type (they got their name from the place of initial discovery on the Drogichinsky settlement

and slate Ovruch whorls, which were carved in the 10th-13th centuries from stone, the only deposit of which was on the territory of modern Ukraine.

At the same time, archaeologists found in the settlement a hanging lead seal of the Pskov and Novgorod prince Vsevolod Mstislavich.

This find became an important archaeological evidence of high-level contacts between the inhabitants of the modern Kaliningrad region with the Novgorod principality, which were previously described in historical sources.

Later, archaeologists managed to find two crosses, one of which was decorated with enamel.

As scientists explained then, Ancient Russia is considered the place of origin of such crosses.

In 2022, scientists explored the territory of the medieval settlement using geomagnetic exploration.

As a result, it was possible to identify numerous anomalies - violations of the geomagnetic field associated with human activity: equipping hearths, digging holes, etc. Scientists compiled a geophysical map of such anomalies, which made it possible to identify promising points for new excavations on the territory of the settlement.

In the course of recent work, researchers managed to find jewelry and details of the Prussian costume, as well as household items: ornamented horn combs and whorls, a bone skate for ice skating, iron ice spikes and a massive iron key - possibly from one of the buildings.

In the space of one of the buildings, elements of weapons were found: the pommel of a sword handle and the tip of a dart or a large arrow.

“A series of striking finds from Privolnoye-1 shows that the study of such sites is extremely important in the long term for understanding the history of both the Kaliningrad region itself and the North-West of the continent as a whole,” said Konstantin Skvortsov, head of the archaeological team of the IA RAS.