"Ahead of Chuseok..." It's unclear when the restoration will happen

Traditional markets were also flooded with water ahead of Chuseok next month. I'm trying hard to pick out things that can be used to scoop up water, but I'm just not sure when I'll be able to find the original shape. 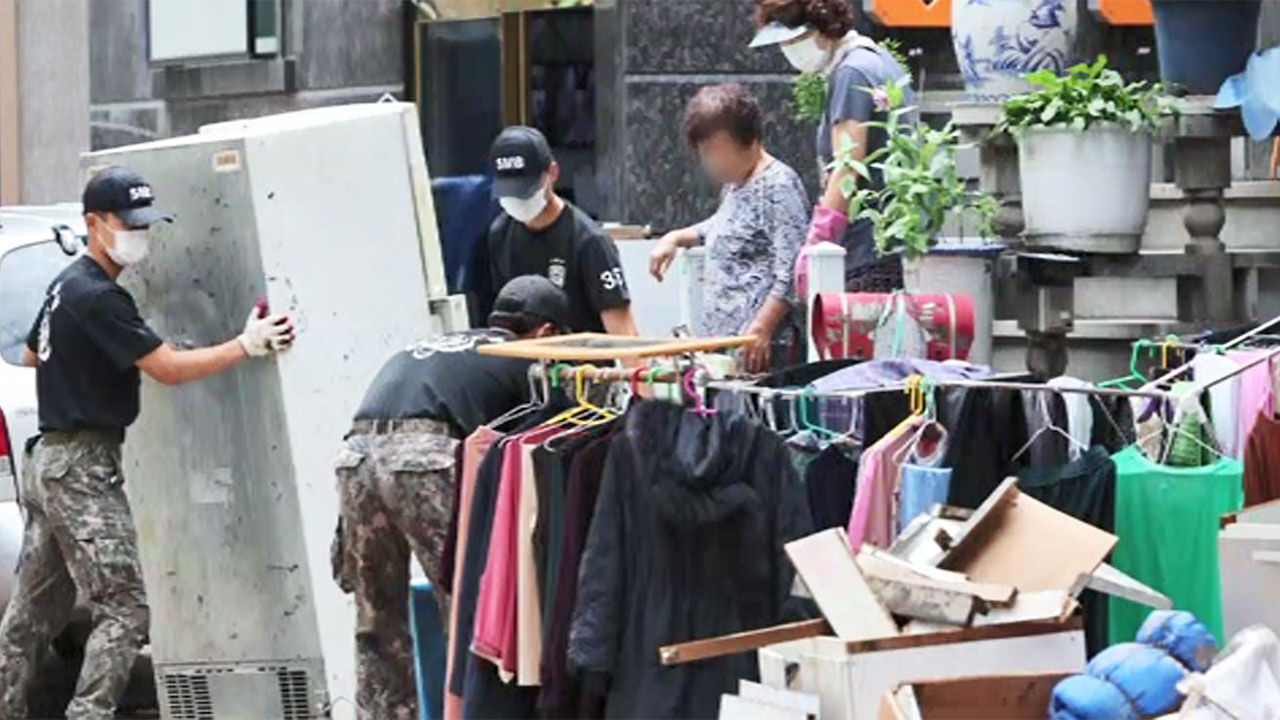 The traditional market was also flooded with water ahead of Chuseok next month.

I'm trying hard to pick out things that can be used to scoop up water, but I'm just not sure when I'll be able to find the original shape.

The restoration site was covered by reporter Shin Jeong-eun.

Namseong Sagye Market, a traditional market in Dongjak-gu, Seoul where a record heavy rain of 141 mm per hour fell.

Materials and garbage were soaked in muddy water and piled up in the middle of the road.

All day long, I sweep, wipe, and put myself in the refrigerator to wipe every nook and cranny.

[Damage Merchant: I don't know if this (works) or not because the water is this full.

Desperate to see if it can be dried by accumulating in the packaging, I take out the plastic container and try to rinse it thoroughly.

I've been in business for 35 years in the same place, but this is the first time I've done something like this.

With the Chuseok episode just around the corner, I feel desperate.

[Lee Du-pyo / Damaged Merchant: He said he had stockpiled nuts, dried persimmons, and jujubes, which are sold well on holidays.

I really just want to quit the business.]

The Seoul National University campus where the soil was washed down from the nearby Gwanaksan Mountain.

If you look at it, there are traces of damage everywhere, and if you follow it a little further, the road that protrudes like this is still in its state with the torn asphalt.

Restoration work is in full swing over there, so let's go.

It is the work of removing the soil that has hit the campus with an excavator and moving it.

The basement floor, which had been flooded to the extent that the windows were broken, was still submerged and draining water continued, and a small excavator moves around the building and scoops up the accumulated soil non-stop.

This is a place where the flood damage was severe mainly in the semi-underground generation, but wet cushions and garbage are tangled in muddy water all over the alley, and they are piled up high enough to cover the windows.

Yoo Jung-ja says it is difficult to leave the home where she has been staying for more than 7 years.

Emptying the kitchen drawer full of rainwater, I cry and can't speak.

(Are there too many things to repair?) A lot.

For years I just struggled (lived)...