A cargo solidarity rally at the Hite Jinro Gangwon plant has been held for a week. As draft beer shipments were disrupted, the company mobilized hundreds of employees at the headquarters to deliver beer, but there were no feared conflicts. 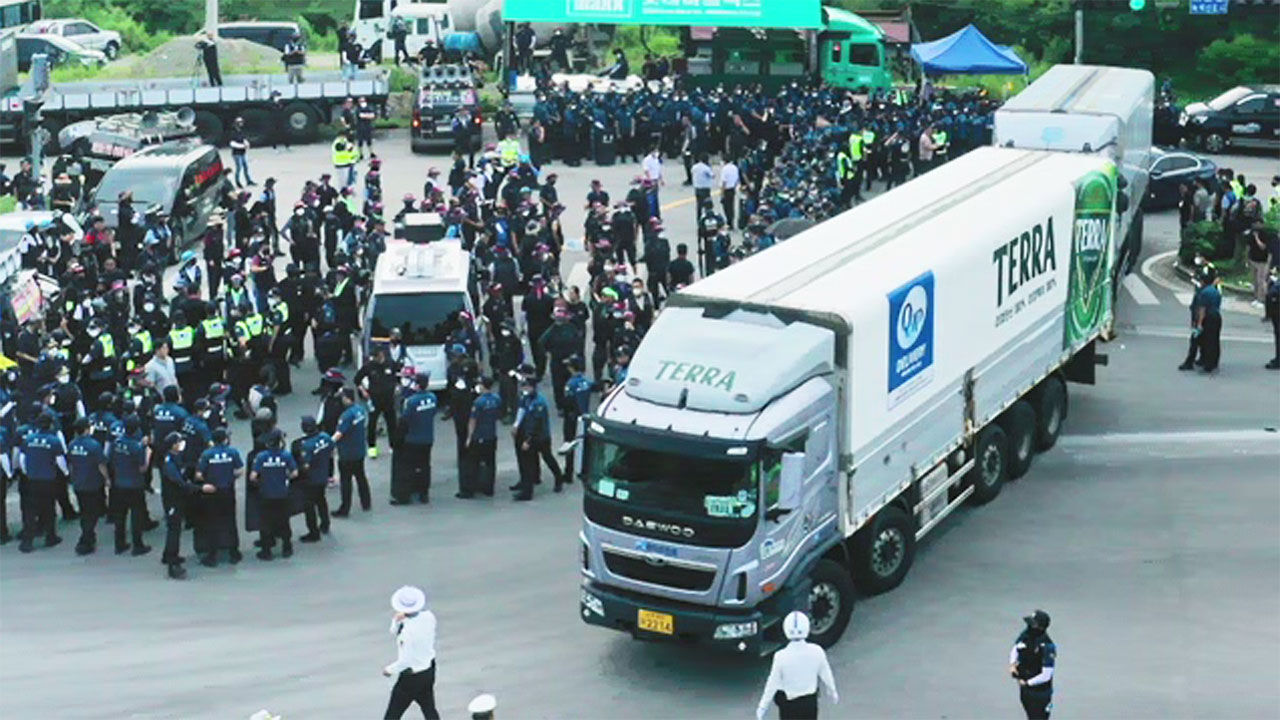 cargo solidarity rally of the KCTU has been held at the Hite Jinro Gangwon plant for a week.

As draft beer shipments were disrupted, the company mobilized hundreds of employees at the headquarters to deliver beer, but there were no feared conflicts.

People with light sticks cross the bridge in front of the brewery.

I even wore a hard hat, and they are all Hite Jinro headquarters employees from Seoul.

Although he did not directly go to the demonstration site, he played the role of a 'mobile convoy' that escorted the logistics truck to the factory.

[Hite Jinro official: Right now, it seems that there are almost no draft (beer) stocks across the country.

Self-employed people also have a lot of inconvenience in doing business.]

To this end, we put a super strong force that mobilizes even the head office staff, but fortunately, there was no physical collision as the cargo solidarity of the Confederation of Trade Unions did not block the entrance and exit.

[KCTU Freight Solidarity: I said that I would never go outside the police line.

I will not throw dangerous materials.] The

cargo solidarity of the Korean Federation of Trade Unions, along with the reinstatement of 140 logistics freight workers related to Hite Jinro,

[Park Su-dong/Chairman of Hite Jinro Branch of Daejeon Regional Headquarters of Cargo Solidarity: If there are no provocative acts by the police

In the future, we plan to take strict measures against collective illegal acts.