Heavy rain forecast for the central region from Monday... heatwave in the south

Today was 'Ipchu', the threshold of autumn. But it's still too hot for fall to cross the threshold. Also, this week, as much rain as the rainy season was predicted in the central region. 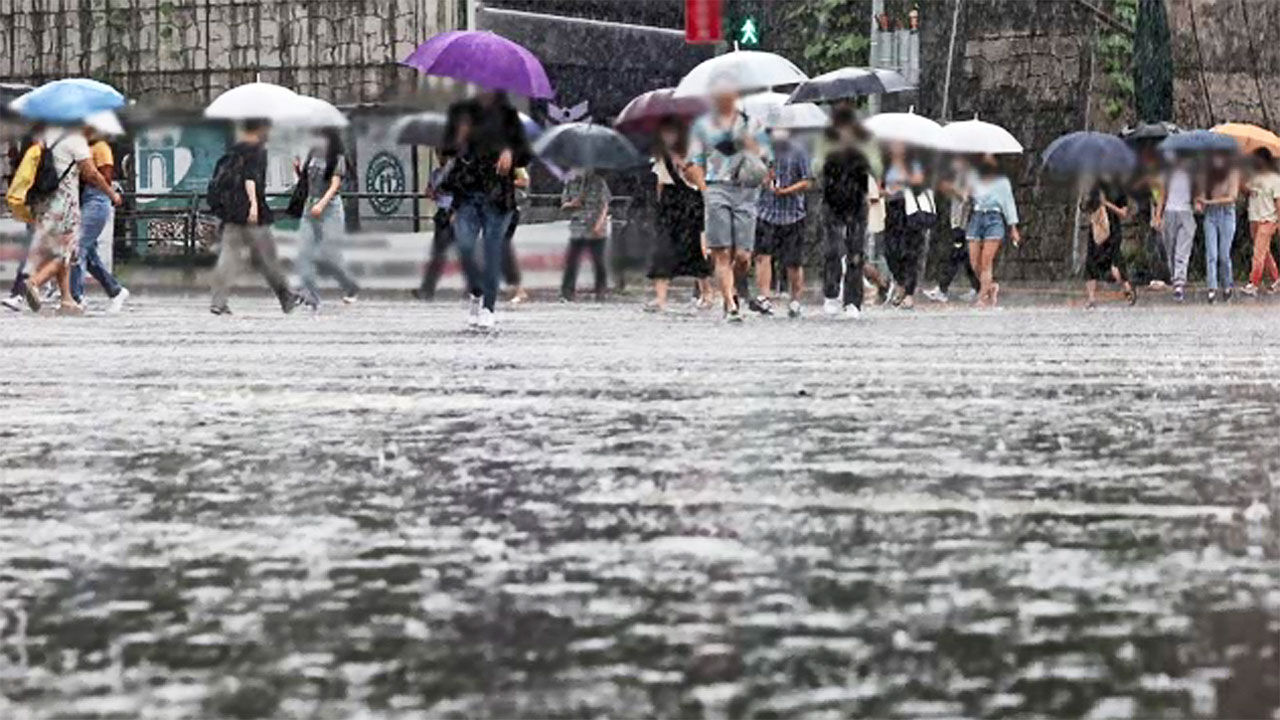 Today (the 7th) was 'Ipchu', the threshold of autumn.

But it's still too hot for fall to cross the threshold.

Also, this week, as much rain as the rainy season was predicted in the central region.

Even though the sky was overcast, the downtown water park was crowded today.

[Han Gil-jeong·Kim Ha-rin / Songpa-gu, Seoul: It's too hot and humid, so you sweat profusely even if you stand still.

It was hot and I was bitten by a lot of mosquitoes.

I hope it rains a little.]

Today, 'Ip Autumn', a heat wave warning was issued for most of the country, the midday temperature in Pohang soared to 38.2 degrees, and Seoul also recorded 31.7 degrees.

Following the sweltering heat in the central region, the rainy season-level torrential rain is expected to come throughout the week from tomorrow.

This is because a stagnant front is created between the cold air from the north and the hot air from the south.

[Woo Jin-gyu/Forecast Analyst, Korea Meteorological Administration: Cold and dry air descends from the north and hot water vapor rises from the south, and it is expected that the stagnant front will be activated.

Because of this, it is expected that a very large amount of rain will fall mainly in the central region.] The

Korea Meteorological Administration reports that by the day after tomorrow, heavy rainfall of 100 to 200 mm in the central region, including the metropolitan area, and 300 mm or more in many places, Gangwon, Chungcheong, and parts of Gyeongbuk will also be in the 30s. Up to 150mm of rain is forecast.

When it rains strongly, it is expected to reach 50 to 80 mm per hour, so you need to prepare for flood damage. Also, heavy rain is expected in North Korea, so there are concerns about river flooding due to the discharge of dams in North Korea in areas near the ceasefire line.

However, in the southern regions where there is no rain, heatwaves exceeding 30 degrees will continue next week.