'War against jellyfish' at every beach... What if you get shot?

As jellyfish appear one after another on Busan Beach, the number of accidents caused by jellyfish stings has also increased significantly. We have already surpassed the total number of patients last year, but KNN reporter Cho Jin-wook reports what to watch out for. 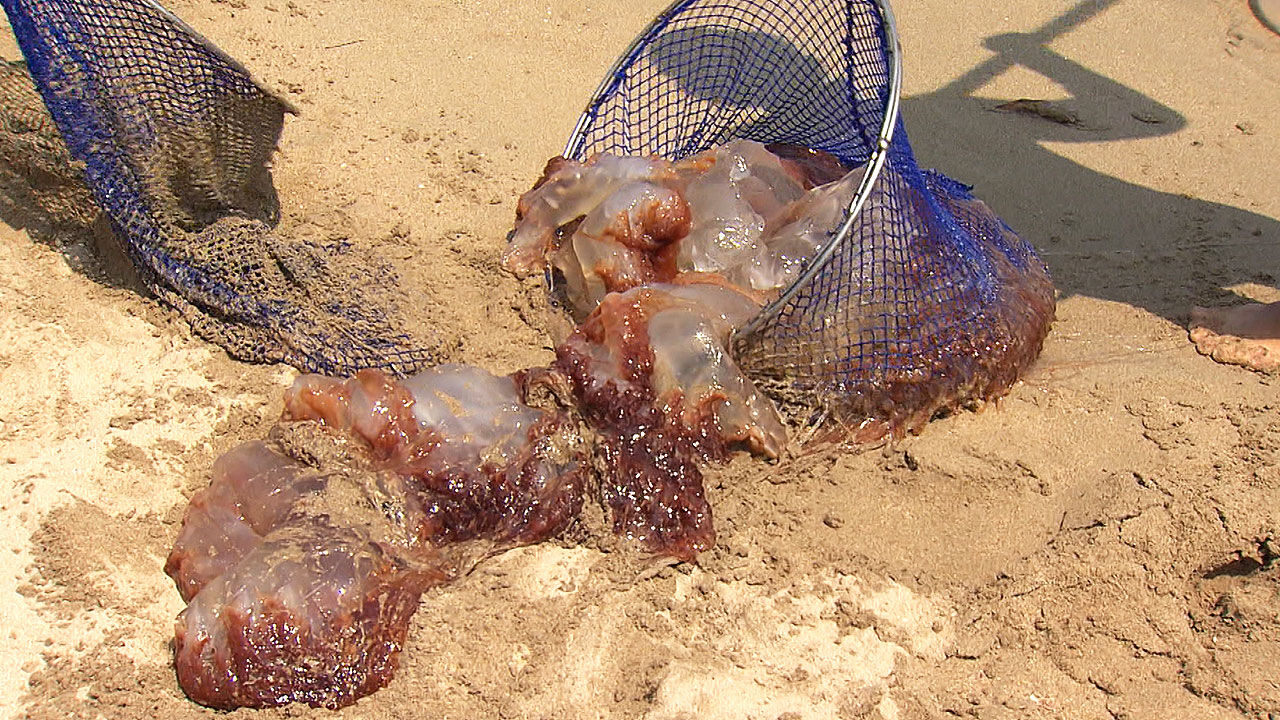 As jellyfish appear one after another on Busan Beach, the number of accidents caused by jellyfish has also increased significantly.

We have already surpassed the total number of patients last year, but KNN reporter Cho Jin-wook reports what to watch out for.

Haeundae Beach is visited by over 300,000 vacationers a day.

When a report of a jellyfish infestation is received, firefighters rescue it with a stick.

Haeundae Beach is the only place in Busan where a jellyfish blocking net is installed, but these shattered jellyfish are often washed up along the coast.

A 1-meter-long Nomura-billed jellyfish floats in the waters of nearby Cheongsapo.

There are also jellyfish that have been washed all the way to the beach.

The appearance of poisonous jellyfish causes a commotion for vacationers to evacuate out of the water.

[Kim Hyeon-ryang/Busan Fire and Disaster Headquarters Rescue Team: There are a lot of vacationers coming this year than last year and last year as the Corona is relieved.

Since there are jellyfish sting patients, we are carrying out first-aid activities.]

Every beach in the Busan area is fighting against uninvited guests and jellyfish in the summer.

More than 300 jellyfish have already been collected from Haeundae alone.

There are so many sting accidents that even fishermen go out to catch jellyfish.

[Lee Man-seok/Busan Udong Fishing Village: Jellyfish don't just float on the water, but sit down to the bottom of the water, so they accidentally fall under the net.]

In fact, there were 241 cases of jellyfish stings in Busan, far exceeding the total number of cases last year.

Experts believe that the occurrence of jellyfish has increased due to the high temperature.

A jellyfish warning has been issued in the sea of ​​Busan since last month, and the fire department advised that if you are stung by a jellyfish, you must get out of the water and wash it with saline.