What music has brought together... This is how the story of Rías Baixas could begin, an ephemeral restaurant that they call the smallest in the world. In 2021 it opened its doors -better,... 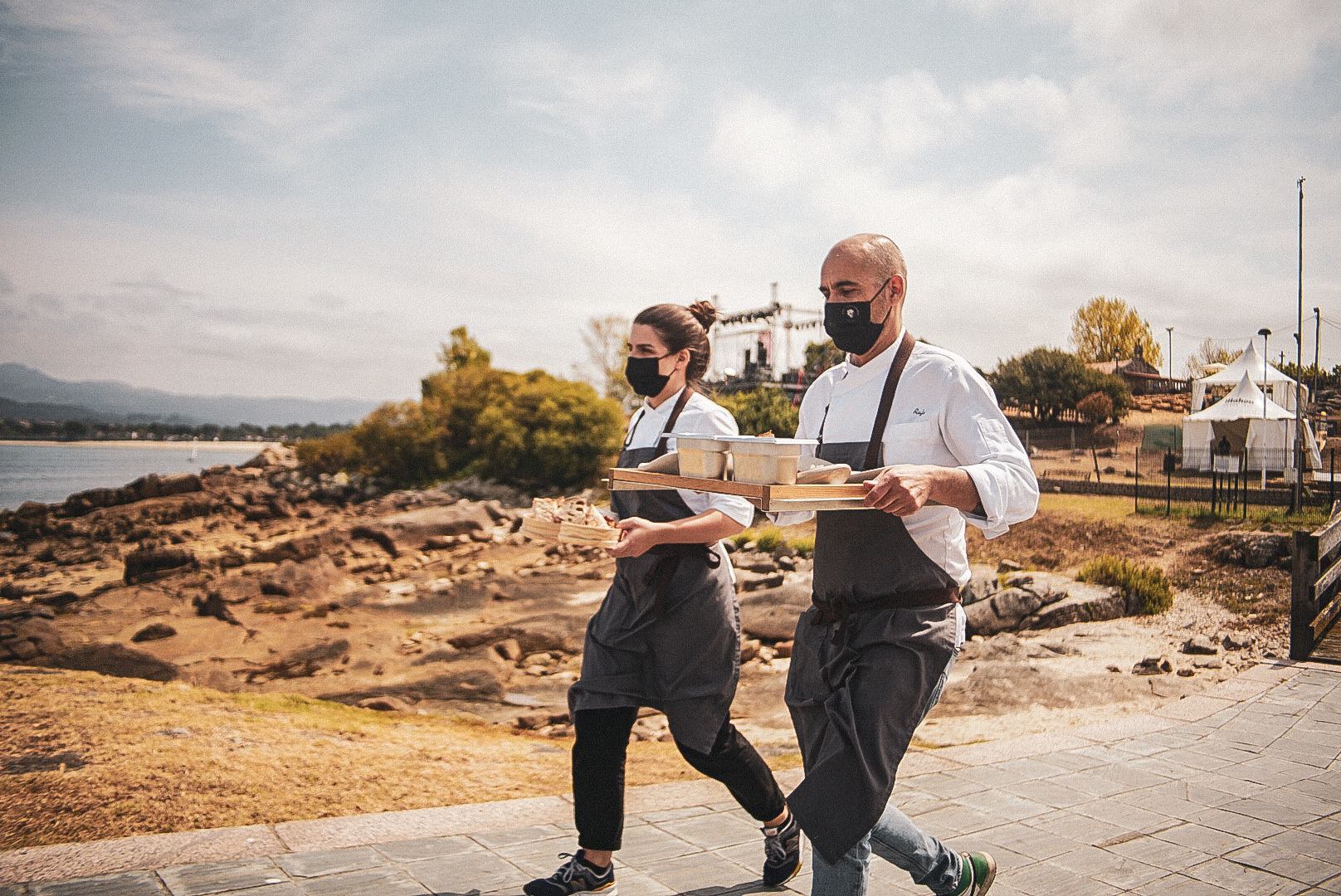 What music has brought together... This is how the story of

Rías Baixas, an ephemeral restaurant known as the smallest in the world,

an outdoor table for two days- in Baiona (Pontevedra), under the umbrella of the

and hand in hand with Recados Carmen, promoter of this festival that will be held this summer from August 31 to September 4 in the town of Pontevedra.

The national and international success was such that this year

the dining room, already with its own life, repeats and increases the experience

, although not the tables, since it will continue to be one and for a maximum of 10 diners and in an open space

The two days of last summer have now become

, but what has not changed is the spirit of the location, which will be just as idyllic:

overlooking the sea, the Cíes Islands of background

and in a place, for the moment, secret (it will be revealed a few days before the first service).

In case the flies (that is, the rains), they have

"a plan B, just as spectacular"

to officiate the dinners, they explain from the organization.

Rafa and his team, last year during the service.

Added to the overwhelming environment is a great cuisine

, which comes from the hands of Rafa Centeno, body and soul of Maruja Limón (

proposal with just nine months of life), both in Vigo.

A self-taught chef, Rafa is once again at the helm

of this ephemeral restaurant that has "come forward 15 days to the festival. As last year there were so many requests and many people were left out, it was decided to extend a few more days and that people enjoy of space and food," he explains.

It is a closed menu, with a drink included

, which "we are thinking about a lot. But we know that it will consist of

ones", all based on the type of cuisine that Rafa has been offering for 20 years in Maruja Limón.

market, terroir, ambassador of their environment

In Rías Baixas "we will feed everything that surrounds us, a lot of

the sea of ​​course

, since we are attached to it. We want customers to eat what they see,

Rafa Centeno, creator of the menu.

contemporary Galician cuisine with nuances that extol the raw material

"Here we have a product that speaks for itself, the only thing we do is caress it so that the customer feels it as it is", adds this

who one day, due to "circumstances and coincidences of life , he decided to set up a restaurant, where he found his calling.

To "play a little, around that single table there will be three

in one part the appetizer will be made, in another the bulk of the dishes and one more for the end".

And from all of them you will always

see the Cíes, that unique space within the National Park of the Atlantic Islands of Galicia

"A restaurant is no longer just going in and eating. It's more. In Rías Baixas we propose an experience, in addition to gastronomy and in a spectacular,

enclave . What's more, the last days the diners will

even share a table with artists from Barbeira Season Fest

One of the dishes served in the previous edition of the ephemeral restaurant.

"The experience would be good year after year and even travel with this table from one place to another,

take a few laps with the smallest restaurant in the world, ha, ha

At the moment, what it touches is to be in Baiona, where

40% of the reservations have already been opened -and sold out-

and these days they launch the rest of the tickets to

, which in this second installment have counted with the support of the Provincial Council of Pontevedra and Mahou.

Price: 145 euros (attendees to the Barbeira Season Fest and clients of Maruja Limón and Centeno have a discount).