Three days ago, three fishing boats were completely burnt down in Seongsan Port, Jeju, and today a fishing boat moored at Jeju Hallim Port caught fire. A fire broke out with the sound of an explosion while preparing for operation, seriously injuring three crew members and leaving two missing. 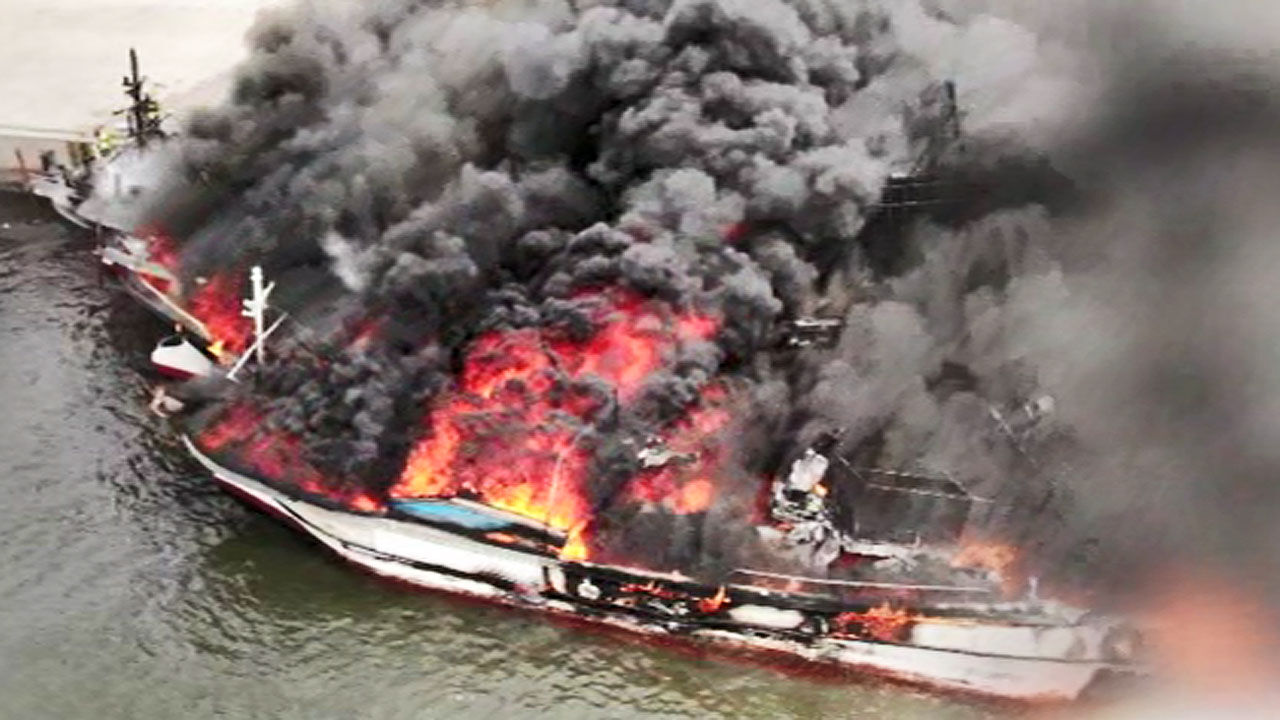 A fire broke out with the sound of an explosion while preparing for operation, seriously injuring three crew members and leaving two missing.

This is JIBS reporter Taein Kim.

Smoke rises from the moored boat and explodes suddenly.

Red flames and black smoke covered the entire harbor in an instant.

At around 10:20 am today, a fire broke out in a fishing boat moored in Hallim Port, Jeju City.

A fire started on the 29-ton fishing boat A with a loud explosion sound.

[Jeong Mi-ae / Witness: I thought an object had fallen from the office because of the popping sound.

But suddenly, the captain sitting on the chair (from the fishing boat) burst out of gas...

The fire spread to two fishing boats tied side by side.

As the fire spread to the ships that were moored next to the burning fishing boats, it took a considerable amount of time to extinguish the fire.

There were eight crew members, including foreigners, who were preparing for operation in A.

According to the Fire Department and Coast Guard, three people were outside the ship and immediately evacuated from the scene when the fire broke out.

Three out of five people on board jumped into the sea and suffered serious injuries, including burns and fractures.

The coast guard conducted an underwater search as two people, including an engineer, went missing.

[Kim Young-ho / Jeju West Fire Chief: 3 out of 5 people were rescued and transported to the hospital, and 2 people are currently missing, so it is estimated that they are missing.]

Two and a half hours after the fire, the oil filled in the fishing boat right next door caught fire. As it ignited, the fire spread again.

It is known that a total of 21,000 liters of diesel fuel were filled in the three ships that were about to go into operation.

The material of the boat was also FRP, which is not easily extinguished by fire, and it took 7 hours to complete it with strong wind blowing.

The Coast Guard and the fire department will conduct a joint investigation to investigate the exact cause of the fire.