War in Ukraine: a grain cargo ship blocked in Turkey, new quarrel between kyiv and Moscow

Turkey promised on Monday to shed light on the provenance of 7,000 tonnes of grain aboard the Russian cargo ship Zhibek Zholy, which is immobilized off the Turkish coast. Ukraine accuses… 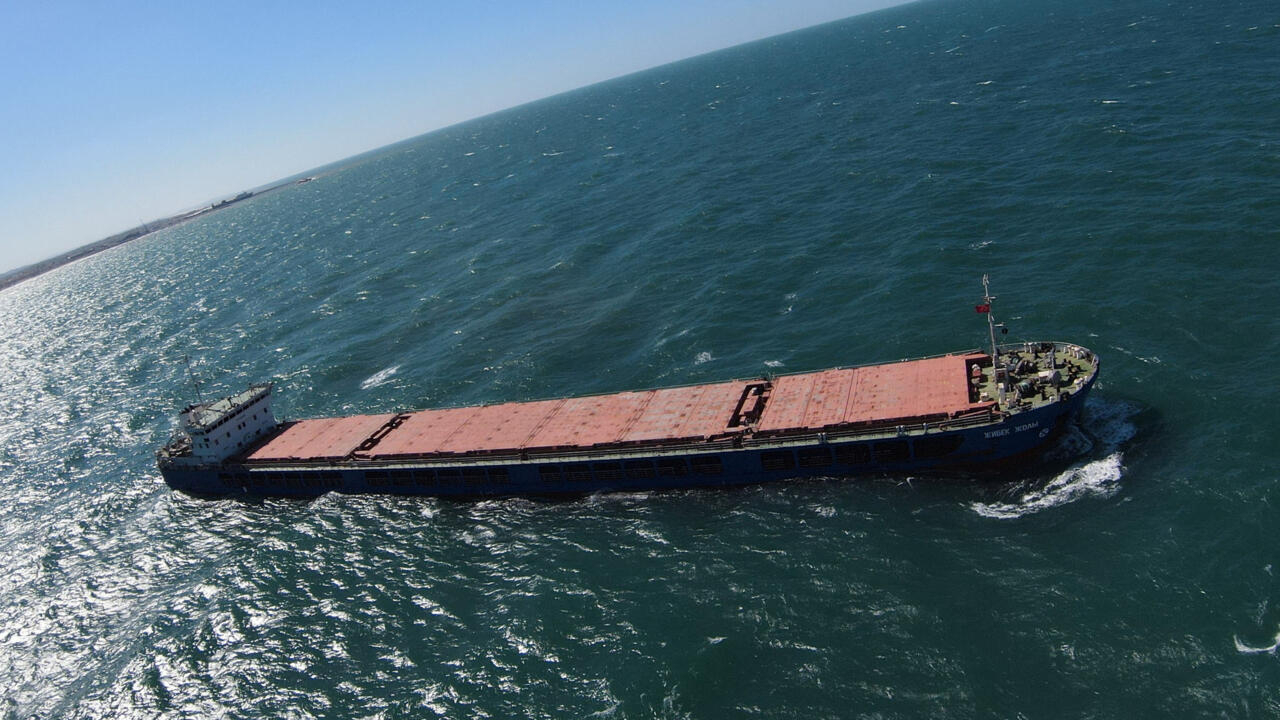 It is a hot potato 140 meters long which has been immobilized in the Black Sea, off the Turkish coast, since Sunday July 3.

Alerted by Ukraine, the Turkish authorities prevented the Zhibek Zholy, a ship flying the Russian flag, from passing the Bosphorus.

Ankara announced on Monday to open an investigation into the origin of the cargo, 7,000 tons of cereals, which Russia is accused by Ukraine of having stolen from it.

Moscow vigorously denies these allegations, which would constitute an attempt to violate the international embargo on its exports.

And it is up to Ankara to take on the delicate role of arbitrator supposed to decide between a country – Ukraine – supported by NATO, of which Turkey is a member, and the Russia of Vladimir Putin, whom Turkish President Recep Tayyip Erdogan try to spare.

All this against a backdrop of an increased risk of famine in the poorest countries due to a shortage of foodstuffs – such as grain –, partly aggravated by the war in Ukraine.

The Zhibek Zholy seems to have started its journey in the Black Sea on June 22, 2022. At least, that is what sites indicate that – like VesselFinder – track the routes of all commercial vessels.

But they do not specify where the cargo ship left from, simply indicating that it first passed through the Kerch Strait region, that is to say the maritime corridor that connects the Sea of ​​Azov to the Black Sea, off Crimea.

These sites, generally very precise concerning the stages of the journeys at sea, then remain vague on the rest of the journey of the Zhibek Zholy.

We can just read that he made a stopover in the Russian Caucasus.

A lack of information that owes much to the efforts of the ship's crew to hide its route, but also to the fact that everything surrounding the movements of this freighter is sensitive to the war and the battle for control of the black Sea.

It all started very simply, on June 30, with a message on Telegram from Yevhen Balytskyi, the governor appointed by Moscow of the oblast (administrative region) of Zaporozhye, an area in northern Crimea controlled by the Russian army.

This Russian politician was celebrating the departure of the "first commercial ship to leave a Ukrainian port" since the start of the war.

Yevhen Balytskyi added that the Zhibek Zholy was going to deliver grain to "friendly countries", that is to say that he intended to travel to nations such as Syria or Iran.

But this governor very quickly understood that his enthusiasm had turned the media spotlight on an operation that Moscow hoped would be as discreet as possible.

Within 24 hours, he had edited his message to remove any mention of the name of the boat and its cargo.

A few days later, the Kremlin tried to distance itself from the Zhibek Zholy.

Sergei Lavrov, the Russian Foreign Minister, claimed that the boat belonged to Kazakhstan, which had to conclude a grain export contract with Turkey.

An explanation that did not hold up to the international scene, after the publication, on July 2, of a BBC investigation which succeeded in reconstructing the entire route of the Zhibek Zholy.

The British channel was able to establish that this Russian cargo ship had first left Turkey, before heading up towards the Kerch Strait region where it reached the Russian port of Novorossiysk (east of Crimea in the Black Sea) on June 22.

It was there that he unloaded his first cargo.

It then completely disappeared from the radar, only to reappear on June 29, off the Ukrainian coast… with the holds full of grain.

The Russians obviously wanted to conceal where the ship picked up its cargo.

Except that the BBC discovered a Russian television report shot on June 28 in the port of Berdyansk – a Ukrainian coastal town occupied by Russia in the Zaporozhye oblast –, where the journalist evokes the departure of a cargo ship which looks like strongly to Zhibek Zholy.

"By comparing the video images to satellite photos [of the ship], we were able to establish that it is indeed this cargo ship," says the BBC.

The journey made by the freighter Zhibek Zholy, which left the port of Berdyansk on June 28 and arrived off the Turkish coastal town of Karasu on July 1.

Finally, Sergei Lavrov decided to amend his version of the facts, acknowledging that the cargo was indeed Russian, but that the delivery was provided by a Kazakh company on behalf of Estonian and Turkish customers.

An ever more convoluted version of the story that "perfectly illustrates how the Russian Foreign Ministry is finding it increasingly difficult to explain Russian actions", says Jeff Hawn, specialist in Russian security issues and external consultant for the New Lines Institute, Washington.

If the Russian power is so keen not to officially appear as the captain of the Zhibek Zholy, it is because it knows that it has everything to lose in this story.

Ukraine has understood that a standoff with Russia over this cargo could only work in its favor.

If Turkey forces the ship to turn around, it is a setback for Russia;

and if the freighter is allowed to continue its journey, "kyiv can use it to portray Moscow not only as the aggressor but also as the looter, which in terms of war propaganda can be very effective", assures Jeff Hawn .

Especially since "the issue of food security is very sensitive in the history of Russian-Ukrainian relations", underlines this expert.

The Holodomor - the great famine that ravaged Ukraine in the early 1930s - was "partly caused by the Soviet Union's decision to export Ukrainian grain reserves", recalls Jeff Hawn.

Russia is in serious danger of losing the little credit it has left among a certain segment of the Ukrainian population, if it again appears as a starving person plundering the country.

By staying as far back as possible, Moscow also hoped to make things easier for Turkey.

This delivery of grain "is important for Russia because it is a way of trying to make the occupied territories economically autonomous", notes Jeff Hawn.

If these regions under Russian control are able to generate their own income thanks to these exports, this would remove an economic weight from the shoulders of Russia, which is obliged for the moment to finance the occupation 100%.

Exports by sea are the cheapest and the simplest…provided that Turkey agrees to play the game. Ankara would probably have had less trouble letting the Zhibek Zholy pass if it had appeared as a simple Kazakh commercial vessel.

This is why Vasyl Bodnar, the Ukrainian ambassador to Turkey, has struggled so much in recent days to put pressure on Turkey, which cannot ignore the controversy surrounding the origin of the cargo.

The ambassador's outings force the Turkish government to "juggle between its interests in the Caucasus, those of NATO, of which Turkey is a part, and of Russia, with whom Erdogan cannot fall out definitively", summarizes Jeff Hawn.

Faced with this dilemma, Turkey hastened to take its time.

Despite Turkish assurances that an investigation was underway, nothing has indeed happened since Sunday off the town of Karasu, where the Zhibek Zholy is located.

Questioned by AFP, residents of this town say they have simply "seen a boat approaching the cargo ship and then leaving, and that's it".