After a long journey, back home... Disclosure of exported cultural properties

There are not a few Korean cultural assets that were taken out of the country during the Japanese colonial period and the Korean War, but as efforts to bring them back have continued, nearly 800 cultural assets have returned over the past 10 years. 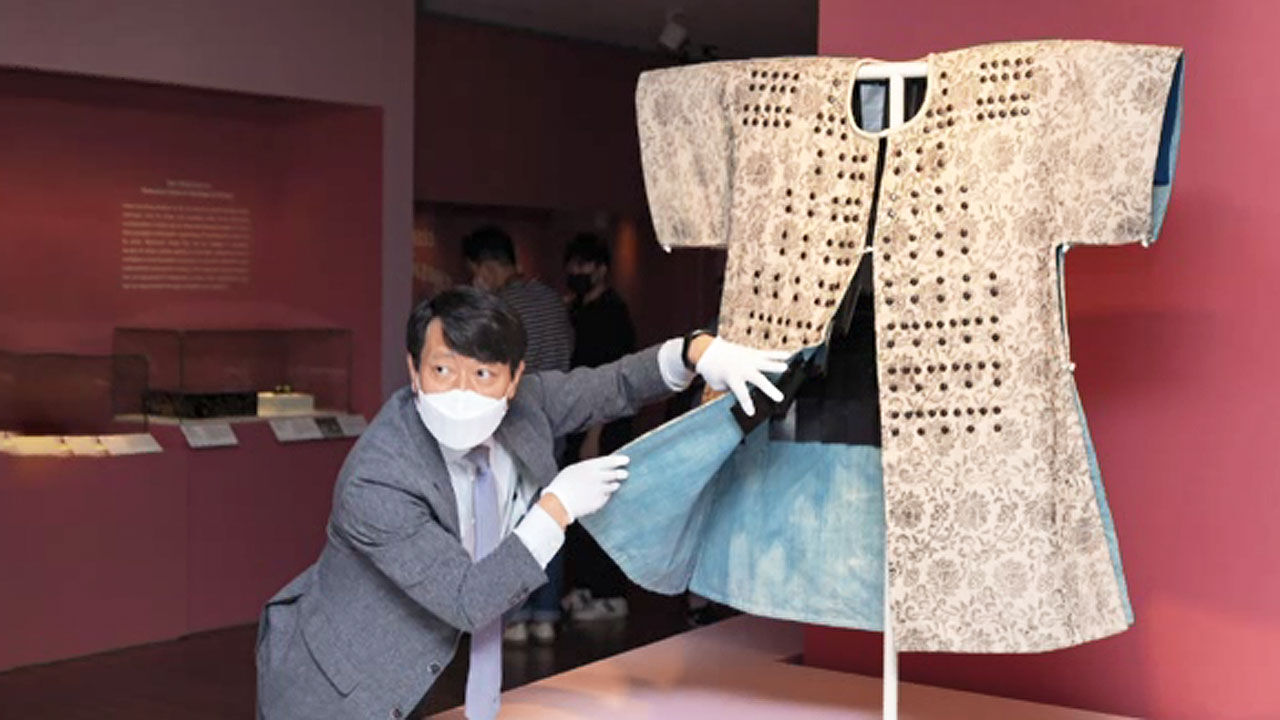 There are many cultural assets that were taken out of the country during the Japanese colonial period and the Korean War, and as efforts to bring them back are continued, nearly 800 cultural assets have returned over the past 10 years.

From tomorrow (the 7th), about 40 representative works among them will be open to the public.

The Annals of the Joseon Dynasty, which were stored in the Odaesan accident, were illegally exported to Japan in 1913.

After many of them were destroyed by the Great Kanto Earthquake in 1923, the remaining 47 books were returned to their homeland in 2006 as a result of a private return movement and intergovernmental consultations.

Eobo, produced after King Hyojong's death, was stolen during the Korean War, but was restored in 2019 with a donation from a Korean-American collector.

The actual armor, which is supposed to have been worn by infantrymen in the late Joseon Dynasty, was able to be returned with a donation from the St.

The mother-of-pearl box purchased by the Overseas Cultural Heritage Foundation last year from a private collector in Japan will be unveiled for the first time this time.

There are various ways to return our cultural assets that have wandered outside the country.

[Kim Gye-sik / Secretary General of the Overseas Cultural Heritage Foundation: We started full-scale activities in 2013, and so far, we have recovered 784 foreign cultural assets from a total of 6 countries.]

[Chungbae Kim / Director of Exhibition and Public Relations, National Palace Museum: It is not the best to just return all of the 210,000 foreign cultural assets, but such efforts are necessary to ensure that they are well preserved and utilized in the place where they are.

] It is not a one-line logic that one should own, but rather a point of view of sharing and empathy.