"Smart, cold-blooded, courageous": how Pavel Nakhimov became one of the most prominent Russian naval commanders

220 years ago, the outstanding Russian naval commander Pavel Nakhimov was born. According to historians, he was "an ideal sailor", devoted to the Motherland and the fleet, amazingly brave and capable of making unexpected independent decisions. Nakhimov showed himself excellently in several military conflicts, but he especially distinguished himself during the years of the Crimean War: in the Battle of Sinop, the squadron under his command destroyed most of the forces of the Ottoman fleet on the Black Sea. Later, Nakhimov became one of the leaders of the defense of Sevastopol and died in action when the outnumbered Anglo-French-Turkish corps landed in the Crimea. According to experts, by his example, Admiral Nakhimov has repeatedly proved that thanks to courage and composure, even those tasks that at first glance seem impossible can be solved. 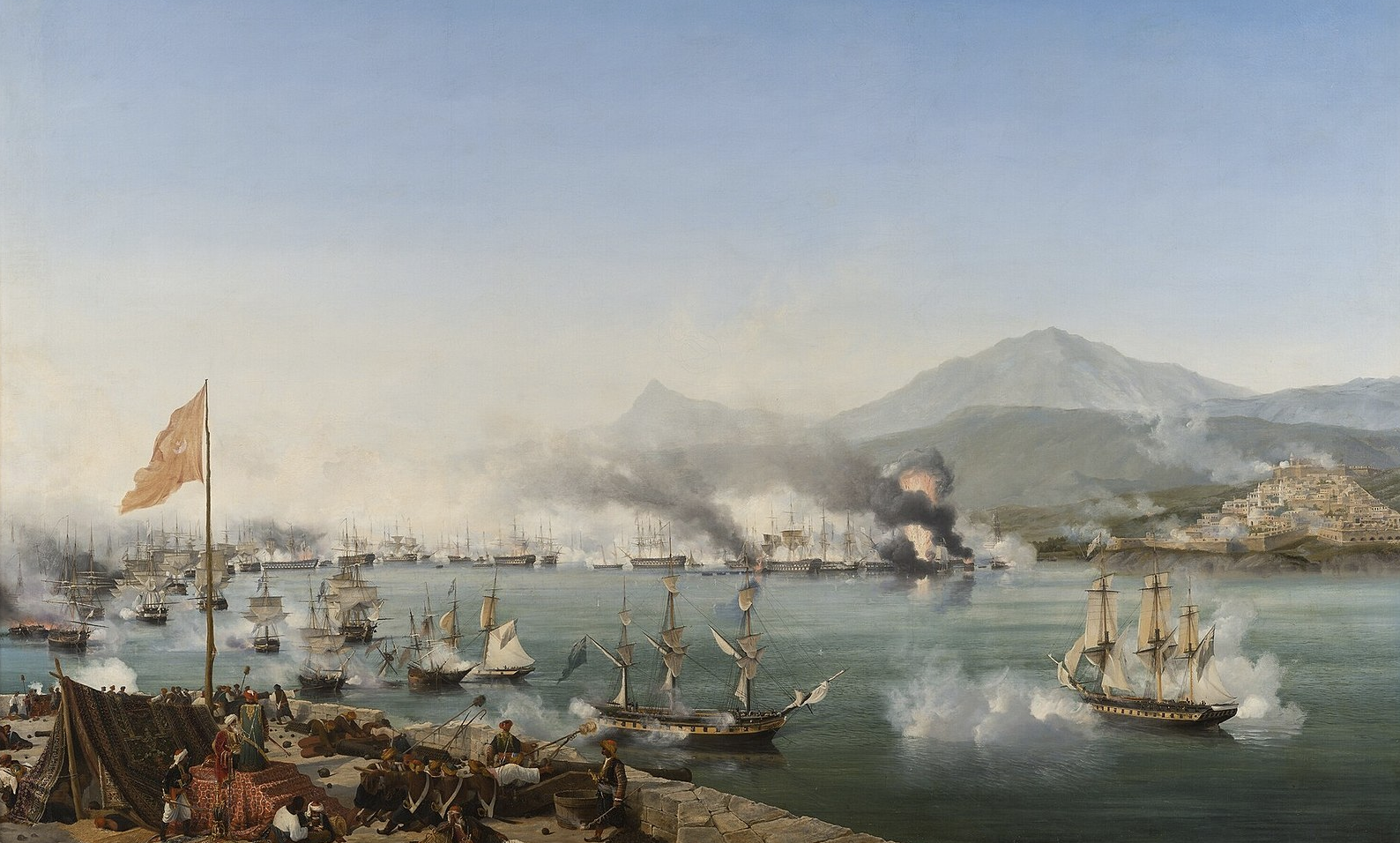 July 5, 1802 was born Pavel Nakhimov - one of the most prominent commanders in the history of the Russian fleet.

He proved himself to be an excellent naval officer in several military conflicts, but the most striking pages of his biography are connected with the Crimean War.

Nakhimov commanded a squadron that defeated the main forces of the Ottoman fleet in the Black Sea in the Battle of Sinop, and then became one of the leaders of the defense of Sevastopol, protecting the city from the Anglo-French-Turkish troops.

In recognition of the outstanding merits of the admiral in the USSR and Russia, award signs were established in his honor, and naval educational institutions were named after him.

The beginning of the way

Pavel Nakhimov was born in the small village of Gorodok, Smolensk province, into a poor, small-scale noble family.

Parental funds were not enough to ensure a carefree future for all 11 children in the family, so the boys - there were five of them - were assigned to the naval service.

In 1818, Nakhimov graduated from the Naval Cadet Corps with high marks, was promoted to midshipman and received a referral to the 2nd naval crew.

The first three years of service were not particularly remarkable: they passed on the shore and on board the Janus tender, which sailed between Kronstadt and Krasnaya Gorka.

In 1821, an important turn took place in the fate of Nakhimov: he was assigned to Arkhangelsk, where one of the discoverers of Antarctica, Admiral Mikhail Lazarev, drew attention to him.

The Russian navigator then assembled a crew for the frigate "Kreyser", which was preparing to participate in a new round-the-world expedition.

An experienced naval commander saw a prospect in the young officer and offered to join his team.

Nakhimov happily agreed, and Lazarev became his mentor for many years.

Nakhimov traveled to Europe, America and the Pacific Islands.

Off the coast of California, he almost died trying to save a gunner who had fallen overboard.

During the voyage, Nakhimov was promoted to lieutenant, and upon his return to Russia he was awarded the Order of St. Vladimir, 4th degree.

As historians note, many of the colleagues of the future commander Nakhimov became Decembrists.

However, he himself did not share revolutionary ideas, and in December 1825 he went on vacation to his parental estate.

But when the uprising on Senate Square was suppressed and Nakhimov began to be interrogated about his connections, he did not renounce his comrades who participated in the December events.

At the beginning of 1826, Nakhimov was appointed to the Guards crew.

But when he was transferred to the guard, he would have to forget about long-distance sea voyages.

Therefore, Nakhimov, with the support of his relatives, achieved a transfer to the Azov ship under construction in Arkhangelsk.

Judging by the correspondence of Nakhimov that has survived to this day, Pavel fell in love in Arkhangelsk, but never created a family.

According to some sources, he allegedly proposed marriage to the daughter of the commander of the Arkhangelsk port, but because of his modest income he was refused.

How reliable these data are is unknown - they do not appear in the most complete biographies of the admiral.

While serving on the Azov, Nakhimov took part in the events of the Greek National Liberation Revolution, in particular, in the Battle of Navarino on October 20, 1827, in which the Anglo-Russian-French squadron defeated the Turkish-Egyptian fleet.

"Azov" especially distinguished himself in the battle.

He stood in the center of the allied fleet, fighting with five enemy ships at the same time.

The crew of Lazarev sank three enemy frigates and a corvette, and forced one ship of the line to run aground.

During the battle, "Azov" received 153 holes, and Nakhimov was among the officers who especially distinguished themselves in the Navarino battle.

For his valor and courage, he was promoted to lieutenant commander and awarded the Order of St. George, 4th degree.

During the Russian-Turkish war of 1828-1829, Nakhimov commanded the Navarin corvette and participated in the blockade of the Dardanelles.

In 1832 he was appointed commander of the frigate "Pallada", and a year later he rescued the Russian squadron, which was on a mission off the eastern coast of the Baltic Sea and lost its course due to bad weather.

Seeing that other ships were going to the rocks, the commander of the Pallada, which was the trailing ship, made an independent decision to change course and fire cannons to warn the squadron of the danger.

As a result, only one ship was damaged.

In 1834, Nakhimov was appointed commander of the Silistria ship under construction in Nikolaev.

Lazarev spoke highly of his subordinate: "... serves here as a model for all ship commanders."

In the 1840s, Pavel Nakhimov took part in the Caucasian War, landing troops on the eastern coast of the Black Sea and supporting them with artillery.

In 1845 he was promoted to rear admiral.

He devoted his life entirely to the Navy.

Service to the Motherland has always been in the first place for him, ”said Konstantin Strelbitsky, chairman of the Moscow Fleet History Club, in an interview with RT.

On October 16, 1853, the Ottoman Empire declared war on Russia, and already at the end of November, a squadron of the Black Sea Fleet under the command of Pavel Nakhimov entered into battle with the Turkish naval forces in the Sinop region.

Under the command of Nakhimov were six battleships and two frigates.

On the morning of November 30, Russian ships, despite the fierce fire of the Ottoman coastal batteries, broke through to the Sinop raid and opened fire on enemy ships.

Only one Turkish steam frigate managed to escape from the bay.

All other Ottoman ships and coastal batteries were destroyed.

The Turks lost about 3.2 thousand people in the battle, and the Russians - 38.

As Denis Kuznetsov, project manager in the Russia - My History historical park, told RT, thanks to the victory near Sinop, the Russian fleet gained dominance in the Black Sea - the Ottoman Empire lost the opportunity to land troops in the Caucasus.

“The Battle of Sinop was the last major battle of the sailing fleet.

Nakhimov in this battle demonstrated the highest naval prowess.

This is one of the largest victories of Russian sailors in history,” said Konstantin Strelbitsky.

In the spring of 1854, England and France joined the war against Russia, fearing the strengthening of the positions of official St. Petersburg in the Balkans and the Middle East.

In September of the same year, an Anglo-French-Turkish corps landed in the Crimea.

He tried to immediately take Sevastopol, but the garrison of the city repulsed the enemy attack.

The Sevastopol defense began, which lasted until the autumn of 1855.

Nakhimov transferred the sailors of his squadron to the shore and took an active part in the hostilities on land.

“Nakhimov appeared in the most difficult areas of the city’s defense, instilling confidence in the hearts of the defenders of Sevastopol,” Vitaly Zakharov, a professor at Moscow State Pedagogical University, told RT.

After the death of Vladimir Kornilov and recall from the city of Mikhail Stanyukovich, on March 9, 1855, Nakhimov was appointed commander of the port and military governor of Sevastopol.

“Nakhimov personally controlled the troops and enjoyed tremendous prestige among the personnel of the city’s garrison,” said Denis Kuznetsov.

Historians call Nakhimov "the soul of the defense of Sevastopol."

He basically did not hide from the enemy and went to the forefront in uniform with admiral's epaulettes.

Once, during an enemy attack on the advanced positions of the Russian troops, he even participated in hand-to-hand combat with a dagger in his hands.

On July 10, 1855, during a detour of positions on the Malakhov Kurgan of Sevastopol, Nakhimov was wounded in the head by a rifle bullet.

After his death, the city held out for another two months, after which the Russian troops retreated to the northern side of the Sevastopol Bay.

“Nakhimov became one of the most prominent commanders in the history of the Russian fleet.

He proved that, thanks to courage, composure and a good knowledge of military art, it is possible to find the right solutions even in seemingly hopeless situations.

His memory is honored in the Russian Navy.

It is not for nothing that orders and naval educational institutions bear his name.

This is the highest form of recognition for a sailor,” concluded Vitaly Zakharov.