Italy: resumption of research after the collapse of a glacier which killed at least six people

Search operations for possible survivors were to resume on Monday after the collapse due to a heat wave of part of the Marmolada glacier, the largest in the Italian Alps, which left at least six dead and eight injured. 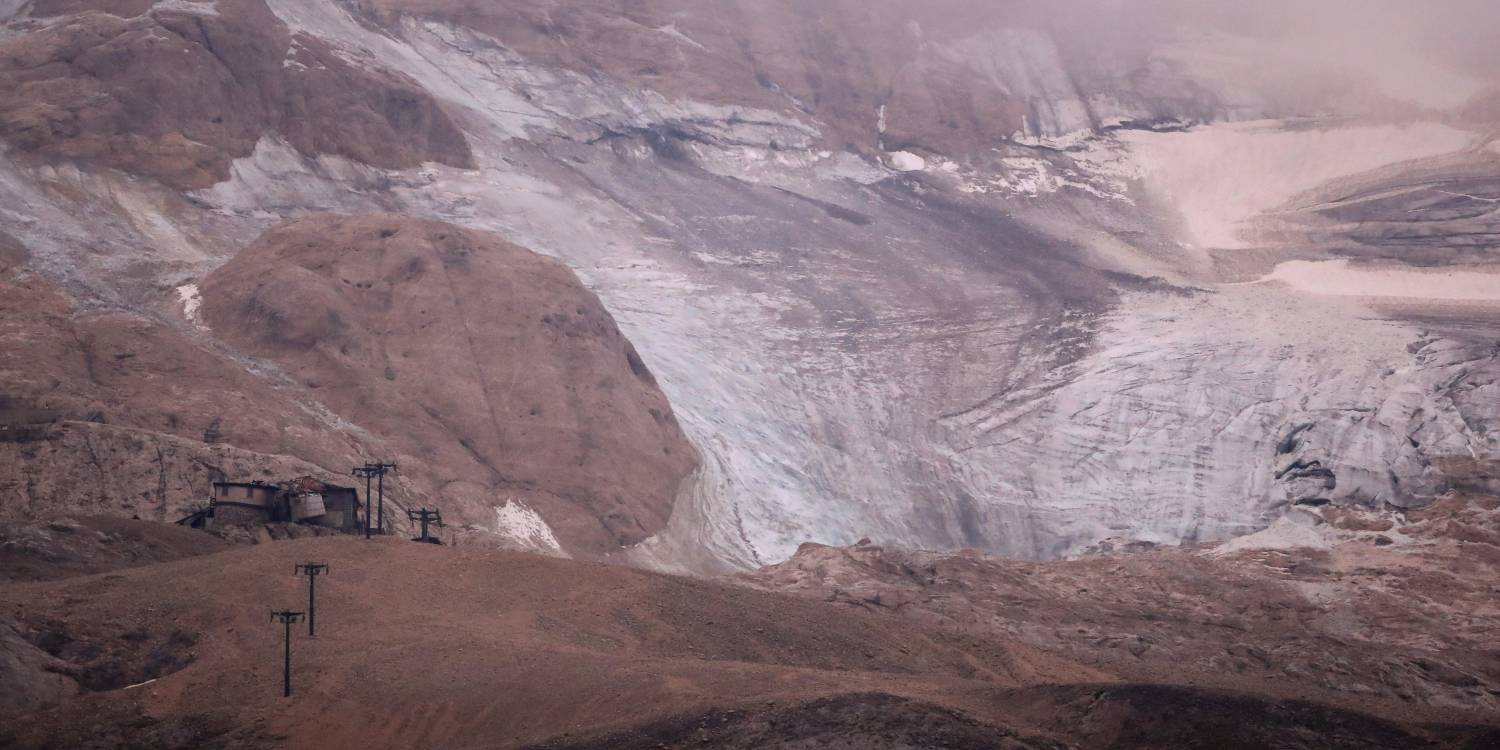 Search operations for possible survivors were to resume Monday after the collapse due to a heat wave of part of the Marmolada glacier, the largest in the Italian Alps, which left at least six dead and eight injured.

Search operations for possible survivors were to resume Monday after the collapse due to a heat wave of part of the Marmolada glacier, the largest in the Italian Alps, which left at least six dead and eight injured.

The "consequence of current weather conditions"

Eight injured are also to be deplored, she announced, without giving details on the nationality of the victims.

According to Italian media, foreign nationals were among the roped parties carried away by the avalanche.

The head of civil protection in the province of Veneto, Gianpaolo Bottacin, also mentioned "disappeared" on his Facebook account.

Alpine rescue has activated a toll-free number to allow reports to people who have not heard from relatives who have gone on an excursion on the glacier.

The head of the Italian government Mario Draghi sent in a message on Twitter "his most sincere condolences" to the victims and their families.

Several helicopters were immediately deployed to participate in the rescue operations and monitor the evolution of the situation, but the search had to be suspended at nightfall before resuming Monday morning.

This collapse occurred the day after a temperature record at the top of the glacier of 10°C.

The collapse of the Marmolada "is the consequence of the current weather conditions, that is to say an episode of early heat which coincides with the problem of global warming", explained to AFP Professor Massimo Frezzotti, from the department of Sciences from Rome 3 University.

"An avalanche of snow, ice and rock"

"From what you can see in the images, the collapse has been significant. You can see that there is a large amount of water because the melting has accelerated in the Alps. We have experienced an extremely arid winter, with a precipitation deficit of 40 to 50%. The current conditions of the glacier correspond to mid-August, not to the beginning of July", according to the researcher.

The rescue spokeswoman described "an avalanche of snow, ice and rock which in its path hit the access road when several roped parties were there, some of which were swept away".

"The definitive number of climbers involved is not yet known," she added.

The work of the rescuers particularly difficult

Other images taken by tourists on their mobile phones show the avalanche's grayish tongue from afar, sweeping away everything in its path, leaving no chance for climbers in its path.

On images transmitted by the Alpine rescue, we can see the rescuers working near the site of the disaster overflown by helicopters to transport the victims in the valley to the village of Canazei, not far from the place from where the cable car leaves. which leads to the summit of the glacier.

The work of the rescuers, helped by canine units, was particularly difficult, because they had to extract the bodies from the gangue of ice mixed with rock where they were.

A cell of psychologists has also been activated to help the relatives of the victims.

The Trente public prosecutor's office has opened an investigation to determine the causes of this tragedy.

The Marmolada glacier, nicknamed "the queen of the Dolomites", is the largest glacier in this mountain range in northern Italy, which is part of the Alps.

Located in Trentino, it gives birth to the Avisio River and overlooks Lake Fedaia.

According to the report of the Intergovernmental Panel on Climate Change (IPCC) published on March 1, the melting of ice and snow is one of the 10 major threats caused by global warming, disrupting ecosystems and threatening certain infrastructures. .

The IPCC indicates that glaciers in Scandinavia, central Europe and the Caucasus could lose 60 to 80% of their mass by the end of the century.

The traditional life of peoples like the Sami in Lapland, who practice reindeer herding, is already disrupted.

In Canada and Russia, thawing permafrost is hampering economic activities.