The week of Dios Tuitero: the NATO summit, Pride and the memes of Julio Iglesias

The NATO summit has been the most chic event in recent times. Anyone would say that a few kilometers away an invasion was taking place with thousands of dead and... 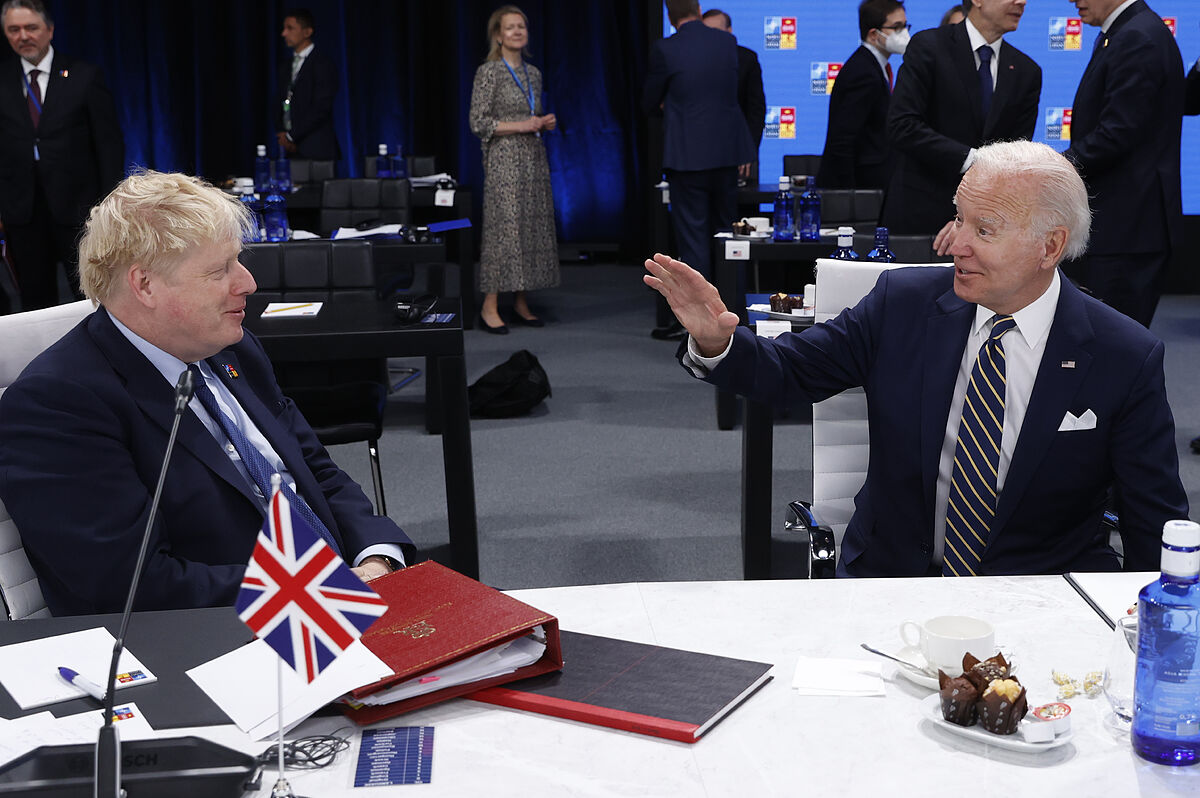 The NATO summit has been the most chic event in recent times.

Anyone would say that a few kilometers away an invasion was taking place with thousands of dead and millions displaced.

From our televisions we have witnessed

a parade of hugs, smiles and pats on the back

from our satisfied world leaders.

How happy, how happy to see each other and how handsome they were, that seemed like a wedding in El Escorial!

These days the media have made an entire advertorial of such a great event, which has turned out so wonderful that it does not surprise me that next year we will organize Eurovision.

Much has been said about chef José Andrés's menu with Russian salad (now baptized Kiev salad) included, about Biden's granddaughter's tracksuit, about what Biden liked Begoña, about

looking at paintings in the Prado Museum instead of making a bottle, of the endless retinues of dozens of armored vehicles... we have even had a Beast, who knows if it will be the one of the Apocalypse.

A slightly obscene show for my taste with which he is falling but which has caused a lot of memes and tweets.

And in this came the month of July, which means Operation Exit and memes of Julio Iglesias.

This year the DGT has wanted to draw our attention running over the singer Amaia in her latest spot.

Do you know who was driving?

And continuing with the successful singers, let's see if we take Omar Montes more seriously, who demonstrated his skills as an economist by anticipating what was coming with inflation in this January 1 tweet:

And as always, I leave you with a varied selection of the best tweets of this week.