[Exclusive] Two thousand bottles are all over the place... Those who appeared in front of the desperate car owner

On a city road today, 2,000 beer bottles from a truck fell to the floor and were broken. Another accident could have occurred with shards of glass, but the road was cleaned in 30 minutes as nearby citizens stepped forward. 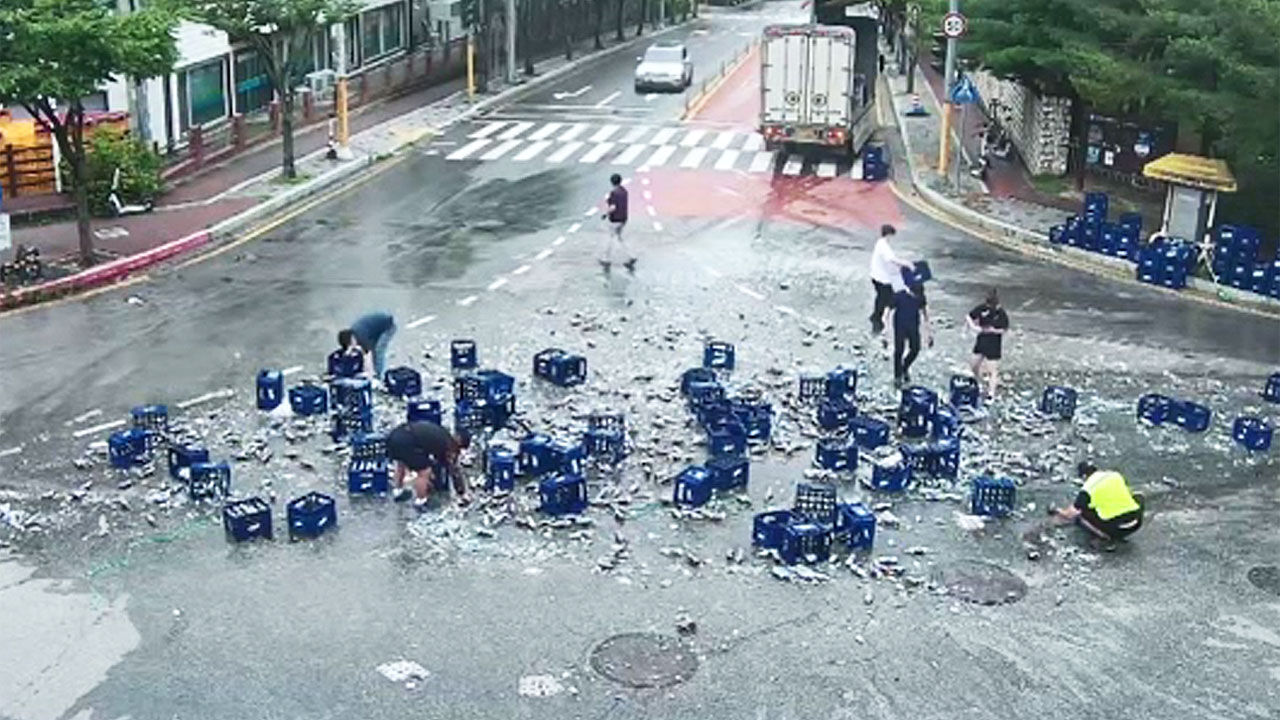 Today (29th), 2,000 beer bottles loaded in a truck fell to the floor on the city road and were broken.

Another accident could have occurred with shards of glass, but the road was cleaned in 30 minutes as nearby citizens stepped forward.

A 5 ton truck making a left turn pours blue boxes into a pile.

Over 2,000 bottles of beer were shattered at once, and the middle of the road was covered with white foam.

The owner of the truck driving the truck with the loader door open is devastated.

As the truck owner begins to clear the beer bottles, a passerby clears the beer box to one side, and the owner of a nearby convenience store even comes out with a broom to help with the cleaning.

From the citizens who were going for lunch to the local residents, about 10 citizens who gathered in this way cleared the site together, even though no one ordered them.

The site, which had become a mess due to spilled beer bottles, was cleaned up in about 30 minutes with the help of citizens.

A second accident was expected due to beer bottles scattered in the middle of the road, but there was no traffic jam thanks to a concerted civic spirit.

[Hakseong Kim / Toegye-dong, Chuncheon-si: It rained quite a bit, but I was moved there once again to see that even though it was raining, he didn’t use an umbrella, and he was all working without a raincoat, I.] The

citizens who helped clean up the site seemed to have done nothing I went back to my normal life.