The Minister of Public Administration and Security "actively supports the police control plan"... Chief of Police

The Ministry of Public Administration and Security said that it would actively support the advisory committee's recommendation that police should be controlled and managed, and that it would prepare a final draft by the 15th of next month. 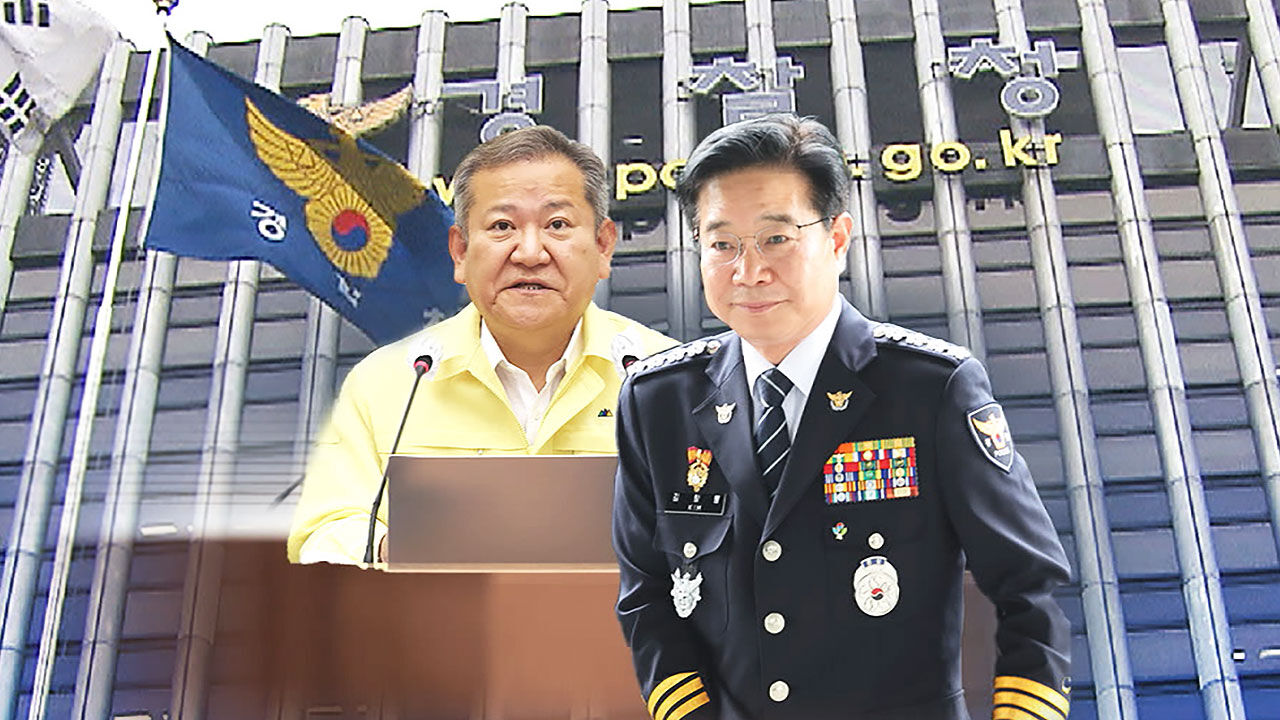 Ministry of the Interior and Safety actively supported the advisory committee's recommendation that police should be controlled and managed, and announced that it would prepare a final draft by the 15th of next month.

Commissioner Kim Chang-ryong of the National Police Agency expressed his resignation with about one month remaining in office.

Lee Sang-min, the Minister of the Interior and Safety, held a press conference at the annex of the government building in Seoul on the morning of the 27th, and said that he would promote the establishment of a police work organization and enactment of command rules for the head of the department as soon as possible.

He expressed his support for the recommendation of the Advisory Committee on improving the police system to the effect that police control should be strengthened six days later.

In the past, Minister Lee said that the Blue House chief of civil affairs or security secretary had unofficially controlled the police in successive governments, but under the Yun Seok-yeol administration, the Minister of the Interior and Safety will command and supervise the police in an official but predictable way.

As the current law already stipulates that the Minister of Public Administration and Security has the authority to command and supervise the police, it is possible to establish a new organization with an enforcement decree without separate legislation.

Regarding concerns from some that the independence of the police is being violated, he dismissed the fact that a system in which no one can influence the investigation of individual cases has already been established, saying that all police officers must uphold their duty of political neutrality regardless of whether or not an organization is established.

However, since the improvement of inspection and disciplinary action is a matter that requires amendment of the law, we plan to proceed with the legislation after further discussion.

Earlier this morning, Commissioner Kim Chang-ryong expressed his resignation about a month before his term of office.