Today, we start with the news of plagiarism from the artificial intelligence research team of Seoul National University. It was submitted to a world-class conference and was also selected as an excellent paper, but it turned out that it was a plagiarism paper copied from several papers. 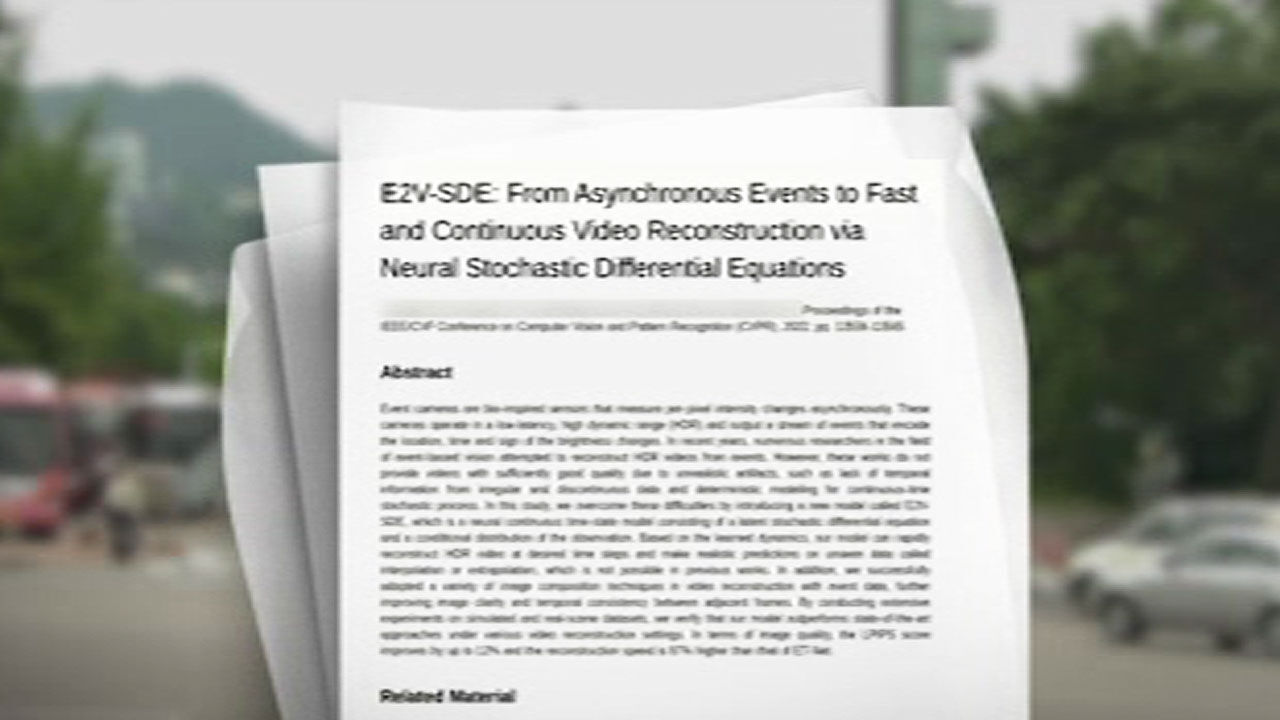 Today (25th) starts with the news of plagiarism of a thesis by the artificial intelligence research team of Seoul National University.

It was submitted to a world-class conference and was also selected as an excellent paper, but it turned out that it was a plagiarism paper copied from several papers.

When allegations were raised, the authors immediately admitted their mistake and apologized.

The CVPR Society is the world's most prestigious conference in the fields of artificial intelligence and machine learning.

It was held in the United States from the 19th to the 24th, and the thesis of the Seoul National University research team was selected as the excellent presentation thesis.

However, right after the announcement on the 23rd, a video accusing the thesis plagiarism was uploaded on YouTube.

I compared the Seoul National University thesis with several other papers, and in the 2019 University of Toronto thesis, Canada, the same sentence was found without changing a single word, and the formula, which is the core of the thesis, has the same structure as the thesis of an overseas research group published last year.

There are absolutely no citations to these papers.

One day after the allegations were raised, four people, including the first author and co-author of the paper, officially admitted plagiarism.

The first author, Mo Kim, said that all the faults were her own and that she would accept any disciplinary action.

The three co-authors said, "The first author did the main writing of the thesis. However, we feel responsible and apologize for not finding plagiarism."

The first author, Researcher Mo Kim, who attended the CVPR conference alone, is planning to return to Korea soon to participate in the Seoul National University investigation.

He served as Chairman of the 4th Industrial Revolution directly under the President and was recently selected as a 'Leader Researcher' receiving government research grants.

That is why he is regarded as an authority in academia.

He asked Professor Yoon why he didn't notice the plagiarism.

The name of the corresponding author of the plagiarism thesis is Professor Yun Seong-ro of Seoul National University's Artificial Intelligence Research Center.

Professor Yoon served as the Chairman of the 4th Industrial Revolution under the direct control of the President during the Moon Jae-in administration.

After the inauguration of the current government, he was selected as a 'leader researcher' by the Ministry of Science and Technology, which provides annual research funding of around 800 million won.

Professor Yoon, who remained in Korea, said in a phone call with SBS, "After confirming the fact of plagiarism, I requested the CVPR Society to withdraw the thesis. .

The CVPR side also posted an article on SNS saying "plagiarism is unacceptable" and has requested an investigation from the World Institute of Electrical and Electronic Engineers (IEEE).

However, criticism from domestic researchers continues.

On the SNS, evaluations such as "a garbage-like behavior that pours cold water on the efforts of other researchers" and "an incident that occurred when a domestic machine learning paper was made in the form of printing" were also raised.

With this incident, the status of CVPR, the most prestigious academic society, is shaken.

Overseas scholars are pointing out that the process of selecting Korean plagiarized papers as excellent publications without sufficient verification should be reviewed again.

Q. Why didn't you catch plagiarism?

In other words, the thesis was submitted by people who can be said to be the best researchers in Korea, and they were unaware of allegations of plagiarism until the presentation at the conference.

This is because the first author, co-author, and corresponding author talk to each other about the contents of the thesis, but they do not discuss whether the thesis has been copied or cited or not.

Whether or not plagiarism is plagiarized is left to the first author.

Professor Yoon Seong-ro, the advisor and corresponding author, confirmed the allegations of plagiarism after this happened, and when researcher Mo Kim, the first author, did not cite the writings of other authors and co-authors, instead of citing the writings of the plagiarized thesis, he He said he later confirmed that he had written it.

Seoul National University provides a program to check whether a thesis has been plagiarized or not.

However, it can be said that this happened because it is not compulsory to review the papers for plagiarism.]

I'm worried about that part, but researcher Mo Kim, who first became the plagiarized author, has already withdrawn his thesis submitted to the conference, and two preliminary thesis currently under review have also been withdrawn. We are in the position to check whether there are additional allegations of plagiarism.

Some say that researchers at Seoul National University and all other papers of this research team need to be checked for plagiarism. That means there is a possibility.

Some people are talking about whether the case of Professor Hwang Woo-seok, who manipulated the thesis in the stem cell field in 2004, is going to happen again.

In the end, to prevent plagiarism from plagiarism, the plagiarism screening process should be made mandatory, and a method of making it mandatory is being discussed, and the co-author or corresponding author did not know about plagiarism. .]