Bichopalo, the Chamberí restaurant with a luxury menu for 35 euros

Within the noise -with the good and the bad that this entails- that has been installed in Ponzano street and surroundings, discreet and well... 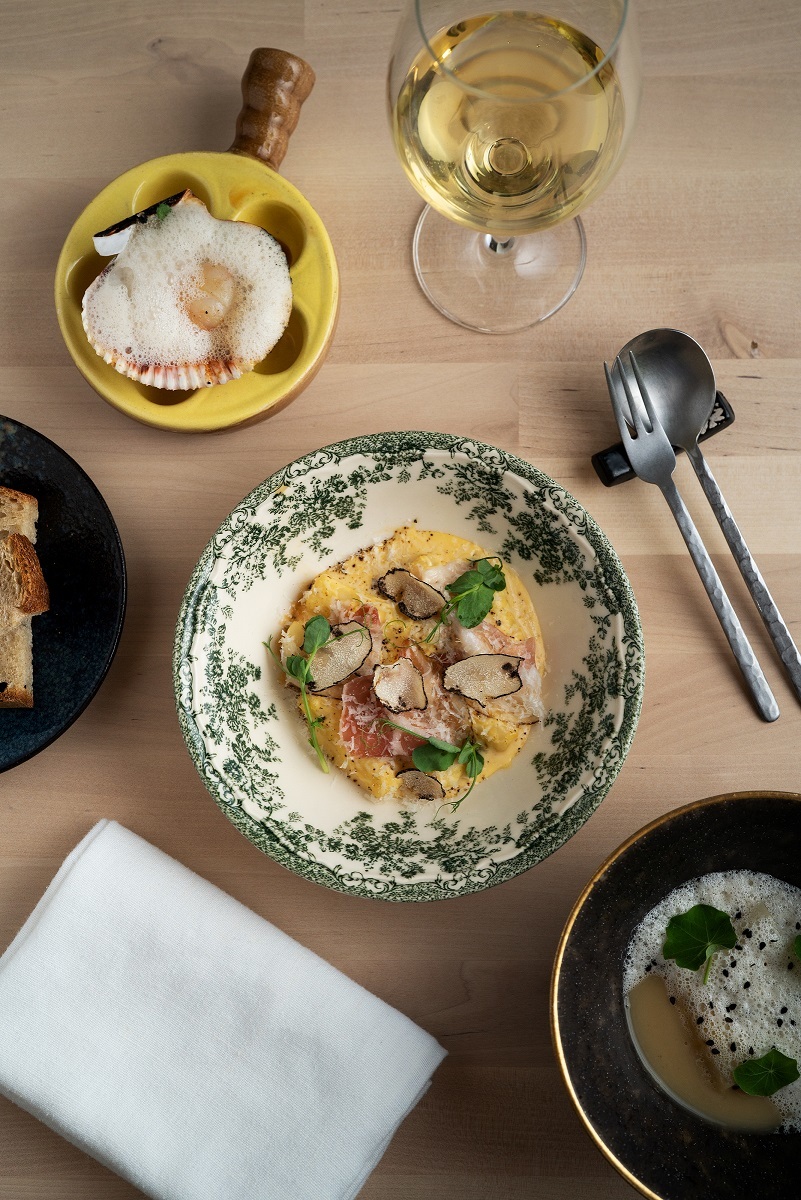 Within the noise -with the good and the bad that this entails- that has settled in Ponzano street and surroundings, discreet and well-planned places are still discovered in the area where

the gastronomic proposal surprises in every way

The Bichopalo restaurant - alluding to the insect that appears to be what it is not - is the latest addition to the list of discoveries in the capital that deserve one (or several) visits.

They opened a year and a half ago, after spending a season at a stall in the Barceló market.

"Our concept happens because people feel at home", explains Guillermo, head of the room.

They work only a high-end tasting menu of six passes

, with a difficult price (if not impossible) to find in the gastro scene of the capital: 35 euros.

Much of the charm of the proposal is due to the surprise effect, due to that absence of rules that makes sitting at the table a somewhat improvised trip.

"The product comes to me.

I don't even know what I'm going to cook that morning

. In the middle of a service I still stop preparing a dish because it bores me," explains Daniel, the chef, who worked in the kitchens of Arzak, DStage, Alboroque or the Casino de Madrid before striking out on your own.

Korean carbonara of rice pasta with pecorino and jowls.

"The menu changes seasonally, and within it there are dishes that vary according to the products of each season of the year," adds Guillermo, who does not lose detail of everything that happens in the room.

It is also a way to vary and not tire the customer who repeats the experience -there are quite a few already- with the same proposal.

It's Thursday, lunch shift, and diners begin to occupy their tables.

We have capacity for 23 people

", explains Guillermo, while a couple sits in the bar area, from where Daniel is seen in full action.

At the Barceló stand - the market where he continues to buy today - they only had enough for 15.

In the first stage, they went for a "Mediterranean-Asian fusion concept, which was what we enjoyed".

Later they saw that this scenario "slowed down evolution and limited the limits too much", and they decided to

open their kitchen to other countries and other areas of Spain

"Asia, Latin America..., in our dishes now there are more nuances and variety. Now we have added things from Morocco," says Guillermo, where they were recently.

Grilled scallop with ponzu and topache.

The grilled scallop with ponzu and tepachu starts the menu.

"We like the dishes to have flavour, nuances...", says Guillermo, who maintains

the same philosophy when choosing the

"We want them to be very good and different; it is a dynamic menu that we are changing, although without going crazy," he says.

The most expensive they serve costs 24 euros.

"Until recently we had neither Rioja nor Ribera."

The grilled heart with ling roe and cod pil-pil reflects that essence of breaking the rules to offer something different.

The third pass is a Korean carbonara made with rice pasta, pecorino, and jowls.

Different in texture, with a very marked and juicy flavor.

Daniel's career, who studied cooking "almost on impulse", also led him to work in Mexico and Panama and there are also brushstrokes in his dishes from those countries.

The fish on the menu is a sea bream with Ecuadorian sango and the meat is grilled quail with oxidized red fruit sauce.

"This menu is always subject to change," insists Guillermo.

For dessert: strawberries macerated in vermouth with cream.

We couldn't try their version of the scrambled eggs that we had heard so much about, the perfect excuse to come back again and try our luck.