Ever since he can remember he has always wanted to be a cook. Something had to do with certain family backgrounds in the world of the kitchen and that grandmother who cooked wonderfully. Pit... 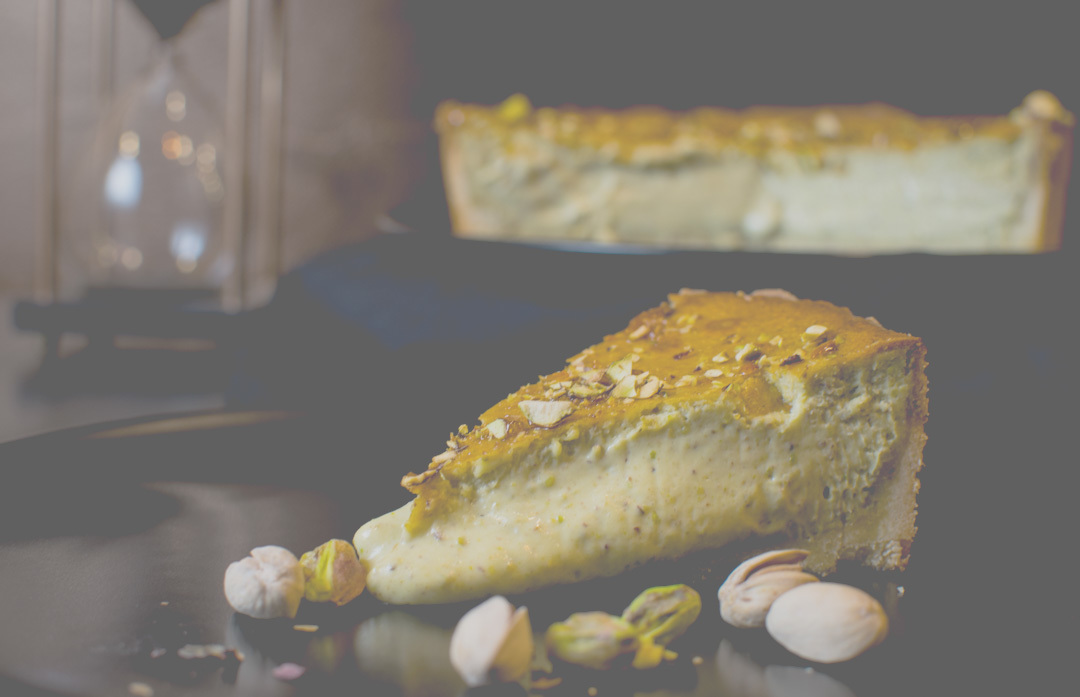 Ever since he can remember he has always wanted to be a cook.

Something had to do with certain family backgrounds in the world of the kitchen and that grandmother who cooked wonderfully.

, of GioSam Food Art, a company dedicated to gastronomy, from events to cakes- memory takes him

to the age of 7, when he got into messing around in the kitchen and watching Karlos Arguiñano on TV

"I was right away with the recipes" and as he replicated them well, he knew what his profession would be.

Between one thing and another -

studies at the IES Hotel Escuela in Madrid

and work at the

restaurant (Lanzarote), at the Asador San Martín in Gipuzkoa, at

, at the European Space Agency and also as

, including the food industry (Bonduelle, Findus...)- has been in the kitchen for 17 years.

During all that time, the cheesecake has accompanied him, perhaps as a talisman.

In fact, the first one she made professionally "was at school. It was a

recipe from the 90s that they made at the Ritz hotel

. Forceful, it had fresh cheese, raisins...", she reviews.

With toasted pistachio and crispy pistachio.

Since that day Iván -whom they call Gio in the kitchen-

has made about 40 different versions

, all starring this dairy, although the success is more recent.

A little over a year and a half ago, the silky and creamy cheesecakes that he makes in his workshop in Rivas-Vaciamadrid (Mariano Barbacid, 5)

the conquest of Madrid

, after triumphing in his locality

Now they are in restaurants (Arima), in high-end gourmet stores (Coalla), in distribution giants (El Corte Inglés de Sanchinarro), in their own online store (GioSam Food Art) and in

the office that they opened a few days ago near the Retiro (Narváez, 40)

Singular, with a balance of flavors to the test of a level or the faithful of the scales and their own style, they offer a palette with varieties.

", followed by the classic, which is not so classic, with "pure vanilla from Madagascar, which

, with dark chocolate and red cocoa"; salted toffee caramel; ruby ​​cocoa and strawberries; with flowers, cake that soon it will be "replaced by one

"... All with quality products and artisans.

Success yes, but not as fast as it seems.

The idea began to form a few years ago

, when Iván, tired of always finding "the same cake everywhere, from the neighborhood dining room to the fast food place, it occurred to me

to create one for each restaurant. But the project was put on

", because in the middle one of the chef's dreams crossed paths: to work in the United States.

And a trice away from becoming a reality, the Covid arrived and the plans changed.

Iván, who usually works as

(Álvaro Morata, Jon Kortajarena or the Atlético de Madrid footballer for whom he now cooks),

turned to cooking at home

"People didn't go out to eat, so I went to their homes."

Her cheesecake triumphed in them.

"Out of ten clients, eight asked me if I would sell it"

And he got down to it while setting up GioSam Food Art with the complicity of Samantha, his business and life partner.

With a Spanish mother and an American father, Sam - who has a degree in Information Sciences and is an expert in the world of sales - is a born entrepreneur: "She has lived in three countries and

, they created "the cake from scratch, with my ingredients; my types of cheese, I had a lot of contact with signature dairies...".

this elaboration came about, which they have been polishing, refining, until they found the "perfect" formula

, which is based, among other things, on the chef's many years of experience.

The recipe for success?

A neutral base of three cream cheeses;

from Kilometer 0 and, "what we like most about our cake, the biscuit, which we also make ourselves.

It is not the typical industrial biscuit, but a sablé

, neutral so that it integrates well with the cream.

We have a person dedicated only to stretching the dough".

He continues: "Our goal is to distance ourselves from that segment of cakes, all very similar and with crushed biscuits at the base, and

make a cake that you can eat to the brim, because it is still very creamy and remains firm

GioSam Food Art was born as a

(from advice to restaurants and events to "healthy and delicious take-away" dishes and cooking classes. However,

That is why, for the moment, they maintain

that are reserved through the web and culinary advice.

In Narváez's office they serve them in portions

In addition, they plan to launch

and other national varieties. In addition, they will complete the offer with brownies and palmeritas of Morata.

This is just the beginning, because

they have been in the world of distribution

for six months : "I have devised a formula to make frozen cheesecake and have it shipped outside of Madrid," explains Iván.

And it is that his idea is

"to grow, little by little, because Sam and I do everything"

That said, life and business partner.