Lim Yun-chan, the stage conductor, "The highlight of my music life"

There is a lot of interest in 18-year-old pianist Yunchan Lim, who won the Van Cliburn Competition. The virtuoso conductor, who shed tears while performing with Lim Yun-chan's final stage, said that the performance was the highlight of his musical life. 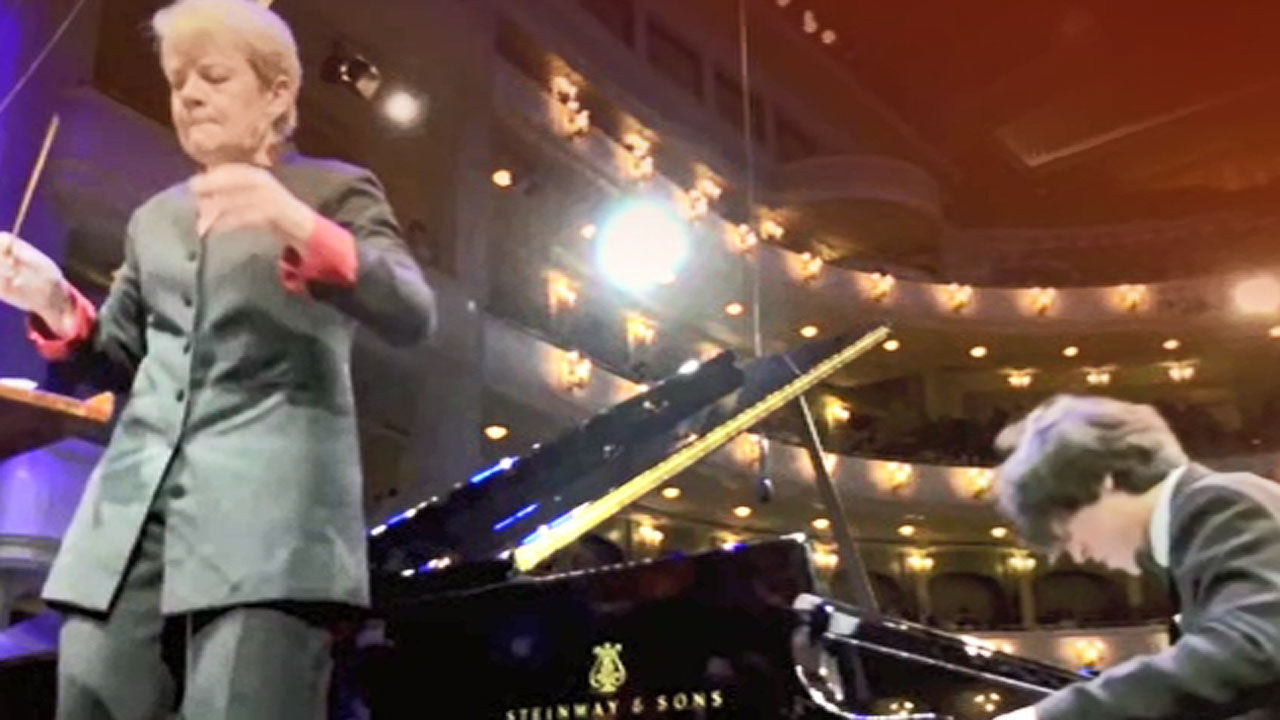 There is a lot of interest in Yunchan Lim, an 18-year-old pianist who won the Van Cliburn Competition.

The virtuoso conductor, who shed tears while performing with Yunchan Lim's final stage, said that the performance was the highlight of his musical life.

It is delivered by Kim Soo-hyun, a reporter specializing in culture and art.

The conductor who was moved by Lim Yun-chan's final performance of the final song.

Even when conducting the first song in the finals, he seemed to swallow the rising emotion.

Marin Alsopp, who also served as the jury chairman, is the virtuoso who broke the glass ceiling by setting the record for the first female permanent conductor in an American major band.

Even for such a master, the performance with 18-year-old Yunchan Lim was special.

[Son Min-soo/Professor Han Ye-jong (Lim Yun-chan's teacher): He said that it was the highlight of his musical life.

This is what I heard from one of the judges myself.

It was between music and music.

We met in the music.]

Beyond the accompaniment of the contest to evaluate the performers, we fell in love with the music together and created a great performance.

Even the host's broadcast commentator forgot his neutral attitude and poured out praises.

It was a once -in-a-lifetime performance.]

Lim Yun-chan-related contents poured out, and only the video of the final performance surpassed 2 million views.

Love calls are pouring in from all over the world, and all domestic performances are sold out, and interest in the concert with Ms. Jeong Myung-hoon scheduled for October is also hot even before pre-orders.

The youngest winner himself is calm.

[Im Yun-chan (interview right after the award): (Winning the award was not the goal) I wanted my music to deepen through this contest, so if my sincerity reached the hearts of the audience, I am satisfied with that.

] ) : There is no dust in it, and all that remains is the music and Yoon Chan.

Beyond the classical music world, Lim Yun-chan's phenomenon shows the special power of music created with pure passion and immersion.