"Drinking mistake" driver... The scene where the victim lingered on CCTV

It was reported that the driver of a car hit a woman walking in an alley at dawn and then got out of the car and assaulted the woman. The male driver has not been caught yet, but additional CCTV footage shows a man hovering around a woman before the accident at the time. 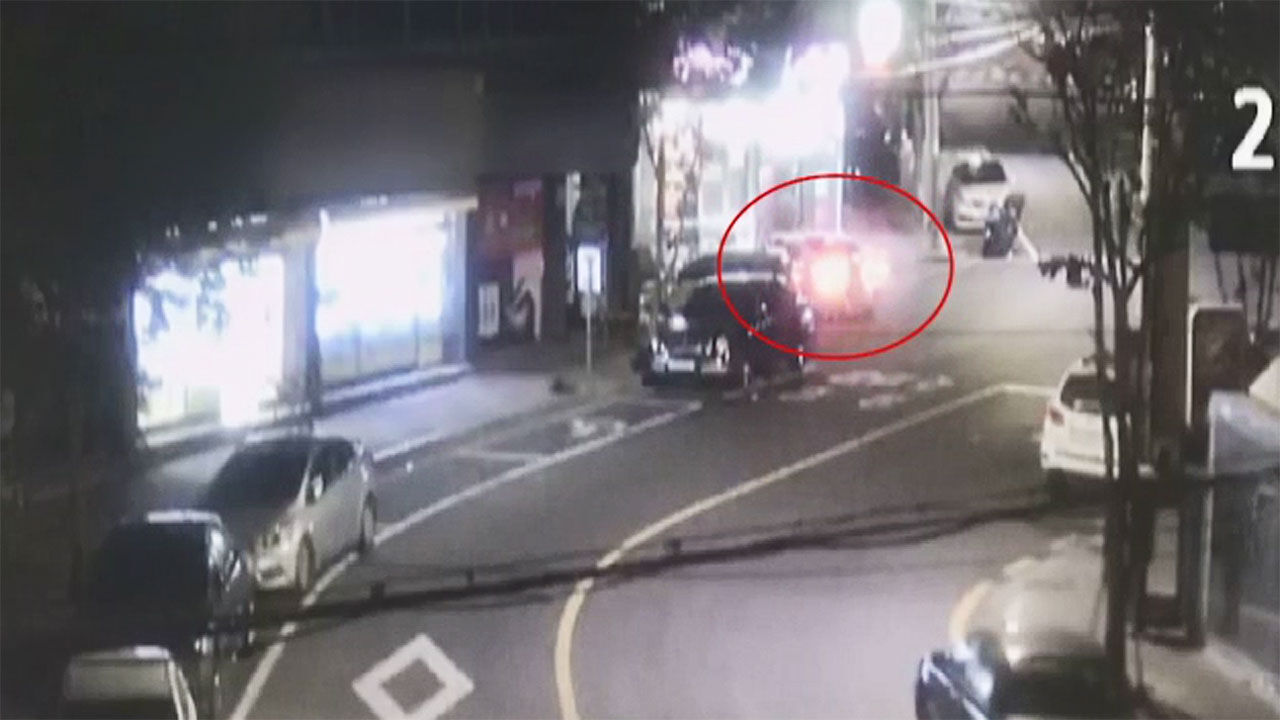 I told you that there had been a case in which the driver of a car hit a woman walking in the alley at dawn and then got out of the car and assaulted the victim.

The male driver has not been caught yet, but additional CCTV footage shows a man hovering around a woman before the accident at the time.

This is the report by UBC reporter Shin Hye-ji.

At dawn, a car rushed into a female pedestrian in an alleyway in a residential area.

The driver told the victim that it was a "mistake caused by drunk driving."

However, the victim's statement is that when the victim tried to take a picture of the car, she changed and forcibly got into the car.

[Victim woman: I thought she should take a picture of her car.

So I woke up, and suddenly he changed and assaulted me.

I left the back seat door open and told them to keep their mouths shut.]

The video 5 minutes before this incident tells a different story.

From the moment the woman enters the alley where the accident happened, the car is already hovering around her.

After a while, he seems to disappear into the alley next to the woman, and then reappears.

Another video showing this from a different angle, turns right into the alleyway, quickly backs up, sends a car, and stops at the corner of the alley to watch the woman.

Watching time is over 2 minutes.

Experts say the risk of drunk driving is low and the likelihood of a planned crime is high.

[Oh Yun-seong/Professor of Police Administration Department, Soonchunhyang University: When this happens, drivers are usually quite embarrassed.

Because he is the one who caused the accident.

Looking at what this man is doing, I don't see any embarrassment.]

The suspect who assaulted a woman and ran away from here was not caught for more than two weeks after the incident.

The police said they were looking for the hidden suspect based on the wanted vehicle and CCTV footage.