Trial of the Sambre rapist: "She was there at the wrong time", says Dino Scala

The trial of the "rapist of the Sambre" opened a week ago in front of the Assizes of the North, in Douai.&nbsp;Dino Scala is accused of having committed 56 rapes and sexual assaults from 1988 to 2018. In the past three days, he has been confronted with several his victims pushing him to recognize certain facts that he had denied so far. 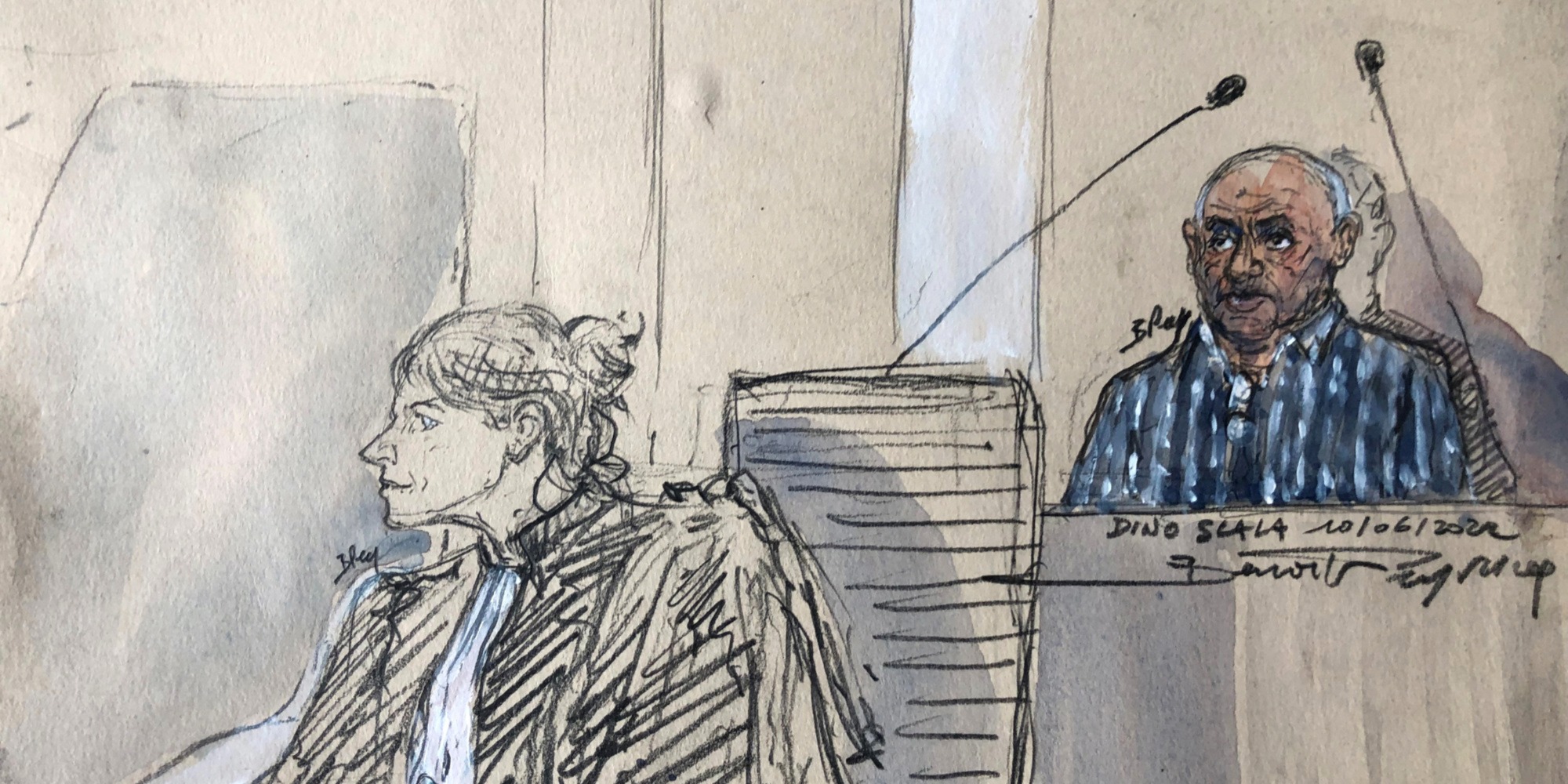 The trial of the "rapist of the Sambre" opened a week ago before the Assizes of the North, in Douai.

Dino Scala is accused of having committed 56 rapes and sexual assaults from 1988 to 2018. In the past three days, he has been confronted with several of his victims pushing him to recognize certain facts that he had denied so far.

"I undressed her, raped her", but looked at her, "not really": with the same coldness that he opposed to his victims since the start of his trial, Dino Scala admitted the rape of a teenager on Thursday, denying however, any anticipated "spotting".

"I'm scared. But I found the strength to come, so that you take the maximum", shouts Marine (first name changed), at the helm.

"You took advantage that I was passed out. You left me inert, half-naked, in cold weather. I thought I was dying. I was fifteen and a half," she challenges him.

"I raped her, it was pretty quick, and then I ran away"

Fists clenched, she "relives" the scene, this icy morning in Leval.

An attack from behind, a hand over his mouth, and a sentence, "engraved in his head": "shut up, and move forward".

Then an isolated path leading to a field.

When she "comes to her senses", her pants are down, her panties ripped off.

His satchel a little further.

Dino Scala's sperm will be found on her.

"Do you want to go out while he tells?" asks the president.

Tells him, without emotion.

"I came from behind. I took her to a field, I undressed her. I raped her, it was pretty quick, and then I ran away."

Trial of the rapist of the Sambre: the moment when the investigation changed

"I realize the seriousness of the facts, huh. I forget nothing Mr. President, don't worry", assures the accused, who appears for rapes and sexual assaults committed on 56 victims, but disputes some of them.

"She was there at the wrong time"

In his career as a rapist, it is the "first" vaginal penetration, observes the president, "you go further and further".

"Indeed. I'm sorry. And it's not going to stop, it's even going to grow," he says, impassive.

This place, "it's on your axis" to go to work, "near your home", observes the Advocate General.

Marine, she assures him: "I think he was perfectly informed of our actions".

Dino Scala gives the same answer as for other victims heard before her: "It's chance. She was there at the wrong time".

But he reserves the right to acknowledge having targeted others.

Which ones: "We'll see later".

Did he look at Marine?

He tries "apologies", wants to be courteous.

"I'm tolerant of the police, who didn't believe me at first. But you don't deserve any empathy," she replies.

A little earlier, he had admitted the aggression of another teenager, but refuted the qualification of "attempted rape".

"I don't remember" lifting her skirt, he said.

And as often before the investigators or the court, he had disputed certain damning details.

Like the fact of having abandoned her, unconscious, in the middle of the railway tracks.

"He only half confesses", will regret this victim, 17 years old at the time of the facts.

As for the "telephone harassment" that she claims to have experienced the day after her attack, by "exactly the same voice", which threatened to "+ finish her +", believes that "it is not possible".

"I have never telephoned any victim".

“I think of my victims every day”

Claiming to have "evolved" since his arrest, he admitted during the hearing to other sexual assaults that he had denied until then.

But his procrastination irritates a victim in his forties, who tells him to "make an effort:" We undress in front of you, we unpack our private life, "she says to him.

"I think of my victims every day. It will follow me, until the end", he repeats, without showing any emotion.

"He is a man who, subliminally, will say that what he is doing + it's not good +, then in a much more emphatic way, say that he is a victim", estimated the investigator on Tuesday who had been in charge of his custody.

"Then he will tell you things to soften you up, to take you, perhaps, where he wants".