Varanasi, the 58,000 euro restaurant that closed for Johnny Depp to celebrate his victory over Amber Heard

"He is the most talked about person on the planet right now and he was with us for dinner last night! We had the greatest pleasure to have the presence of Johnny... 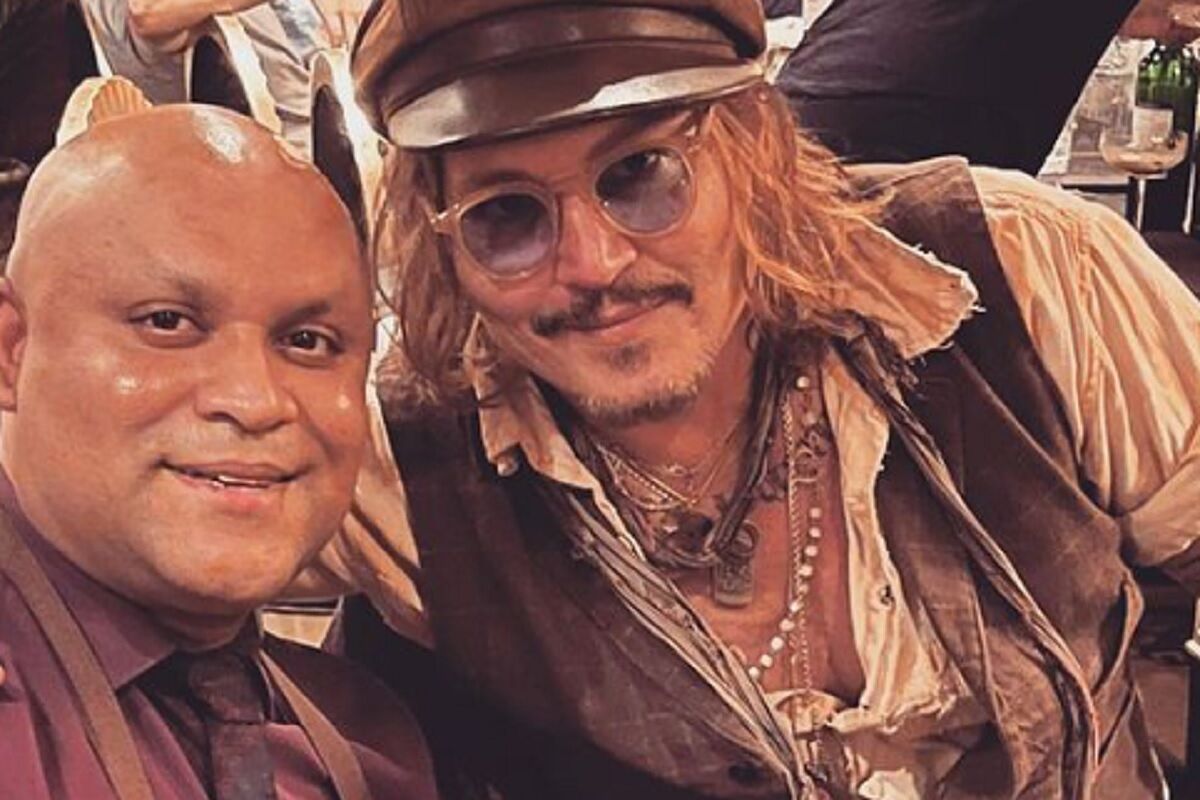 "He is the most talked about person on the planet right now and he was with us for dinner last night! We had the greatest pleasure of having

in attendance ! What an amazing and humbling experience. Only at the

With these words, the

restaurant , one of the most prestigious Indian restaurants in the United Kingdom, made public the celebration of

after and for winning the

to be unique and special, according to the

, which has been able talk to Mohammed Hussain, director of operations for Varanasi.

"We got an unexpected call on Sunday afternoon saying that

wanted to come over for a meal with a group of people. I was shocked and at first I thought it might have been a rumour. But then his security team came and inspected the restaurant and told them we let him have the whole place because we were worried other diners might disturb him," says Hussain.

closed the entire restaurant for and so that

could celebrate his victory over

in all calm and intimacy .

And it's no wonder, as the

The restaurant's cooks prepared a special feast for

and his group of friends, including musician

and 20 others, which included starters of shish kebabs, chicken tikka and tandoori prawns.

All the food was accompanied by nans, rice and salad.

opted not for traditional Indian desserts, ending the feast with panna cotta and cheesecake.

"In addition to the food, they had champagne, wine and all kinds of drinks.

and his group had a great time. They loved the food, the atmosphere of the restaurant and the service we provided. It was a real honor to have him here," adds Hussein. that, although he did not want to give an exact figure of the price of the celebration, he did confirm that it was "a five-figure account", which coincides with the 58,000 euros that have been known a posteriori.

was so impressed with the food that he ordered takeout, which included a selection from the banquet.

"He clearly knows something about Indian food and enjoys it. We made sure not to make it too spicy so that

could enjoy the variety of flavors," Hussein confirmed.

is a fine dining Indian restaurant in Birmingham offering authentic Indian cuisine creatively served in a grand venue inspired by an Indian palace.

According to Tripadvisor, the prices of the dishes in the restaurant usually range between 12 and 40 pounds.

"We had to promise not to reveal the final price, but let's put it this way...money wasn't an issue, and it was easily in the five figures. We made more money on

's visit than on our busiest night of the week. "

, which is a Saturday when we have around 400 diners," said Hussein, who also praised the actor and his kindness to all the staff with whom he did not hesitate to take photos and chat for quite a while.