Oh to find out today's interests and candid reactions through SNS! Click time. A dizzying video has been released showing the excavator following the car being brought to a sudden stop. 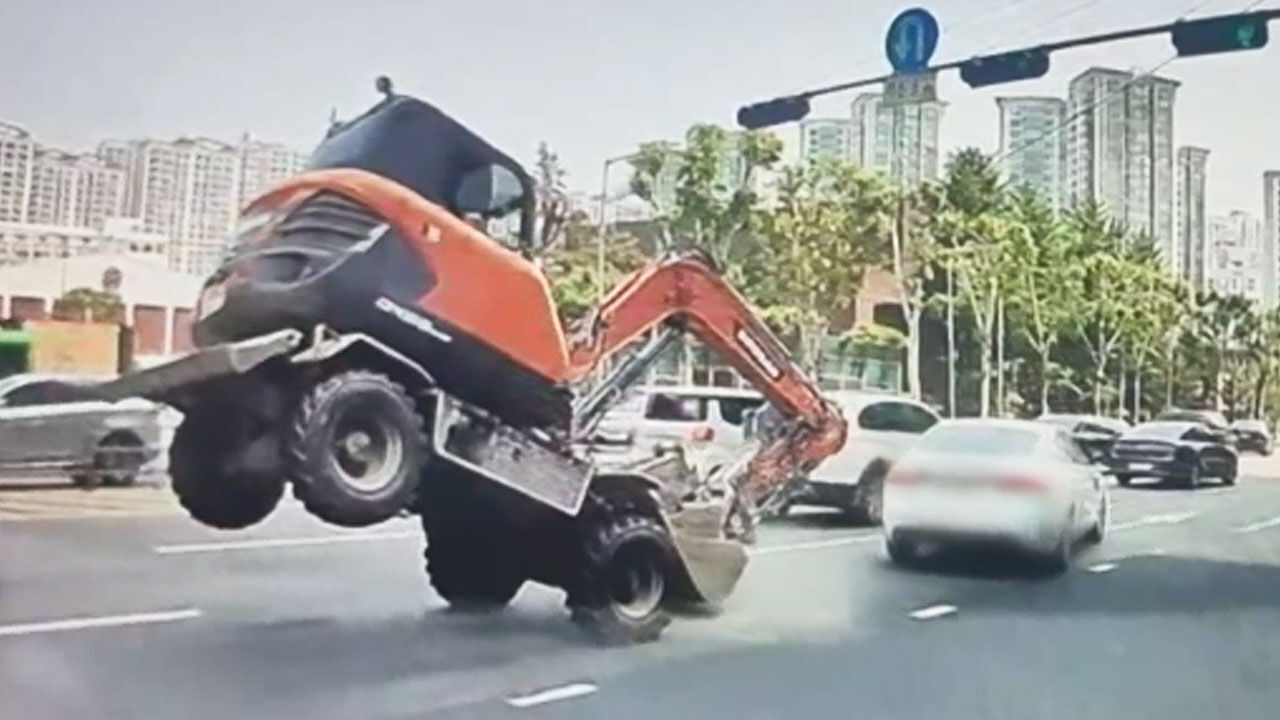 Oh, to find out today's (30th) day's interests and honest reactions through SNS!

A dizzying video has been released showing the excavator following the car being brought to a sudden stop.

A white car cuts into the third lane and comes to a sudden stop, but the excavator, which was driving straight from behind, hastily hit the brakes and almost rolls forward.

The shock of a sudden stop causes the rear wheels to tilt enough to be lifted in the air, and then the whole thing rattles and manages to stand in place.

This is a video that was released to an online community two days ago, and it was a dizzying moment that could have led to an accident where the excavator would overturn if it wasn't for the quickness of the article.

However, the white car, which almost caused an accident, seemed to be aware of this dangerous situation, changed lanes to two lanes, and then slowly disappeared.

Netizens responded, "The driver of a car, who is reckless in driving, needs to be educated again.", "The excavator driver's cartoon-like driving skills saved a person!"