I didn't play Luna, but on Sunday, May 22, I went to a Southeast Asian restaurant for lunch on a holiday. I was eating Nasi Goreng and rice noodles, when I got a call from the company. 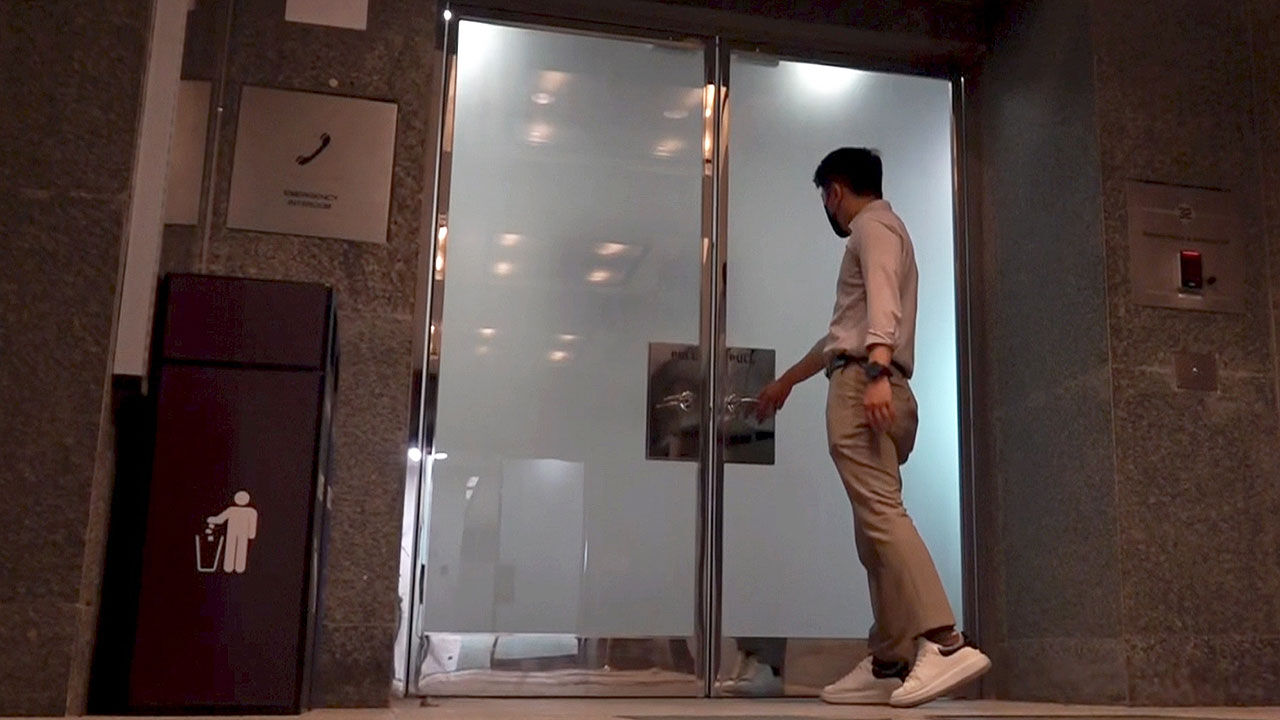 Sunday, May 22 I went to a Southeast Asian restaurant for lunch on a holiday.

I was eating Nasi Goreng and rice noodles, when I got a call from the company.

It was the message that “I will fly to Singapore this evening to cover Terraform Reps CEO Kwon Do-hyung.”

I have never invested in Luna Coins.

Several media outlets, including SBS, reported on the collapse of the Terra-Luna coin, but were not interested or not.

I need background knowledge to cover CEO Kwon Do-hyung, so I quickly looked for an article about the plunge of the Terra-Luna coin.

Most of the articles are that the crash of Luna-coin caused huge losses to domestic and foreign investors.

The rest of the article was about the remarks and whereabouts of Kwon Do-hyeong, the CEO of Terraform Reps, who designed the coin's algorithm.

CEO Kwon left a message on SNS on May 21st.

He said he has been in Singapore since December last year, where the company is very active.

This is something that cannot be confirmed in Korea unless you go directly to Singapore.

There are two research missions given to me.

One was to come to Singapore to meet CEO Kwon in person, and the other was whether Terraform Reps is operating normally in Singapore.

However, our business trip team (video reporter Yang Hyun-cheol, filming assistant Yoo Jin-young) did not have some information.

This is the office address listed on the Terraform Labs website and corporate register, and the residence of CEO Kwon.

We arrived in Singapore around 1 am on Monday, May 23rd.

The goal of the travel team was to use 36 hours efficiently to accomplish both missions.

We decided to visit the Terraform Labs office listed on the website and corporate register on the first day of coverage, and visit CEO Kwon's residence on the second day.

And if I had time, I decided to go to the Korean embassy in Singapore and a densely populated area for Koreans to ask for help.

The first place I went to after starting the coverage in Singapore is the address on the website.

The office was located on the 32nd floor of a high-rise complex housing several financial companies.

After revealing my identity at the information desk on the first floor, I got permission to enter and went to the 32nd floor.

When I went up to the 32nd floor, I couldn't see the Terraform Labs company name.

Instead, the law firm occupied the entire 32nd floor.

I went to a law firm and inquired.

I asked if he knew Terraform Labs.

They described it as one of the companies they manage.

Then they say that Terraform Labs employees are not going to work here.

Rather, it was called 'Registered Office', and the company's address was kept at this law firm and used to receive mail and official notices.

It was just a kind of physical window to manage Terrapop Labs' official correspondence.

What's more, according to law firm employees, these relationships have recently been terminated.

He said that the contract had not expired, and that he could not explain the reason for the termination.

I went to the head office address on the corporate registration book.

It was also shown that this place was also located on the 37th floor of a high-rise complex.

I got permission from the information desk on the 1st floor and went up to the 37th floor.

The 37th floor was generally cluttered.

Several companies were moving in, one of which was under construction for an office, and construction materials were scattered in the hallway.

Of these, it is estimated that Terraform Labs is the company that occupies 1/3 of the area on the 37th floor.

The door was closed now, but if you look through the cracks in the door, you can see that the word 'Terra' is engraved on the wall.

I asked an employee of another company working on the 37th floor.

Terraform Labs was in the midst of construction of the office, but it was reported that the construction was abruptly stopped around last month.

Since then, he said that he could not find a Terraform Labs official visiting this place.

The building manager also said that it is true that Terraform Labs leased part of the 37th floor, and it is unknown why the construction has not been progressing recently.

It seems that Terraform Labs was actually trying to use this office.

However, it seems that the construction was stopped due to the time when the Terra-Luna coin collapsed.

② Residence of the representative of the corporate registration right

The residence of the representative is also listed in the corporate registration.

There is little chance of meeting Kwon in front of an office that is not even in operation.

So, on the second day of the business trip, I decided to visit the residence of CEO Kwon.

Kwon's residence is registered as a luxury apartment in Nasim, Singapore.

We arrived in front of the house where CEO Kwon might be.

The moment I reached the front of the house, I was convinced that I would be able to meet CEO Kwon or his acquaintance.

Because I could hear Inkigayo, a familiar Korean nursery rhyme played along with the cry of a baby.

There is a situation where it can be seen that Koreans are inside.

not long after, the front door opened.

Contrary to expectations, a white man who appeared to be in his 30s came out.

He said that he had come to meet CEO Kwon.

Then this white man said that Mr. Kwon was not here, and that he had come to the wrong address.

At the same time, he avoided an immediate answer when asked if he knew Mr. Kwon.

He did not respond to the baby and nursery rhymes in the house.

A white man asked to leave the building, so he came out.

And I asked the security guard I met earlier about the white man.

I haven't worked here for a long time so I don't know the details, but he said that the white man moved here about a month ago.

The office, the residence...

What happened 'a month ago'?

A month ago, that is, in the month of April, something happened around CEO Kwon.

The office construction came to a sudden halt, and a white man suddenly moved to the residence of CEO Kwon in the corporate register.

April was also the time when the Terra-Luna coin plummeted.

The business trip team also visited the Korean embassy in Singapore and went to a restaurant where you can see Koreans to find out how to meet CEO Kwon.

I was also able to meet the restaurant employee who said that he had witnessed Kwon.

However, after the collapse of the Terra-Luna coin, the whereabouts of CEO Kwon are still unclear.

He said that he started the investigation with two missions.

We succeeded in visiting two Terrapop Labs offices right in front of us.

And I could tell, directly or indirectly, that the office could not be considered operational.

However, meeting Kwon was unsuccessful.

It looked like the front of the house on the register, but I couldn't see it in person.

CEO Kwon, what should I have asked if I had met him?

If you had met CEO Kwon, what would you have asked?

It seems necessary to first listen to the cause of the coin's plunge and the position on the allegation of fraud, which CEO Kwon thinks.

I made a questionnaire on the plane.

Eventually this questionnaire became obsolete, but I will leave it here.

1. What have you been doing in Singapore?

2. Is not returning to Korea related to the collapse of the Terra-Luna coin?

3. What are you currently doing in the Singapore headquarters office?

5. Domestic investors sued for fraud, what do you think?

6. What do you think about raising the issue of 'the coin algorithm was poorly designed'?

7. What is your position on the allegation of a 'Ponzi Scam' with the investor money collected through 'Anchor Protocol'?

8. When was the Terra-Luna coin design, and with what motive?

9. What do you think is the cause of the recent crash?

10. What is the basis for claiming that the Korean government charged excessive taxes?

11. How much tax has been paid to the National Tax Service so far?

12. What are your plans for returning to your home country or your position on future investigations?

13. What is your plan to create a second Terra and link it with Luna again?

14. Is there anything you would like to say to domestic investors?

※ We would like to thank Cody Eunye Lee for helping with the coverage during the business trip.