The big flame of a forest fire that occurred yesterday in a mountain in Uljin-gun, Gyeongsangbuk-do was extinguished a while ago. The forestry authorities said that 1,500 firefighters and 40 helicopters were put in to extinguish the fire. 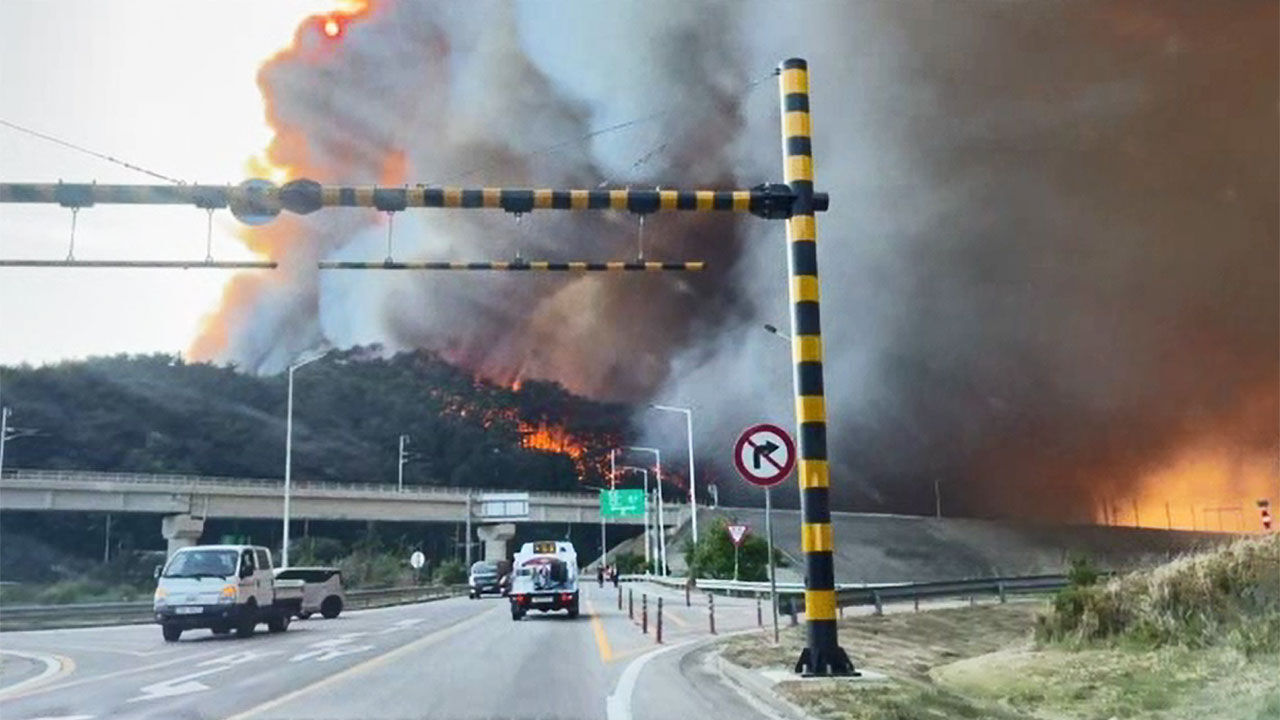 Yesterday (28th), a big flame of a wildfire that occurred in a mountain in Uljin-gun, Gyeongsangbuk-do was extinguished a while ago.

The forestry authorities said that 1,500 firefighters and 40 helicopters were put in to extinguish the fire.

Smoke billows up from all over the mountain.

This morning, the view of Geumnam-myeon, Uljin-gun, Gyeongsangbuk-do, from the forest fire extinguishing helicopter of the Korea Forest Service.

Yesterday at around 12 noon, the fire that started in a hillside in Uljin-gun, Gyeongsangbuk-do met a strong wind and spread quickly.

The forestry authorities announced that they had issued a third stage of responding to the forest fire, and that 1,500 firefighters and 40 helicopters were mobilized to extinguish the main fire as of 11:40 am today.

To date, only 145 hectares of fire-affected areas have been counted.

There were no casualties, but 44 residents of the surrounding villages were once evacuated to the village hall.

Forest officials believe that the fire started with sparks from welding at the site of the road rockfall prevention wire mesh construction site.

When all fires are extinguished, the exact cause of the fire and the extent of the damage will be investigated.

In Uljin, Gyeongsangbuk-do, forest fires continued for ten days in March, setting the record for the longest wildfire in Korea.

The Forest Service has so far been extinguishing the fire as planned, but said that it will do everything in its power to prevent the fire from escalating again as there is a notice of a gust in the afternoon.