If there is a city with a varied hamburger offer, that is, without a doubt, Madrid. Here, this symbol of American gastronomy -and now worldwide- does not stop expanding... 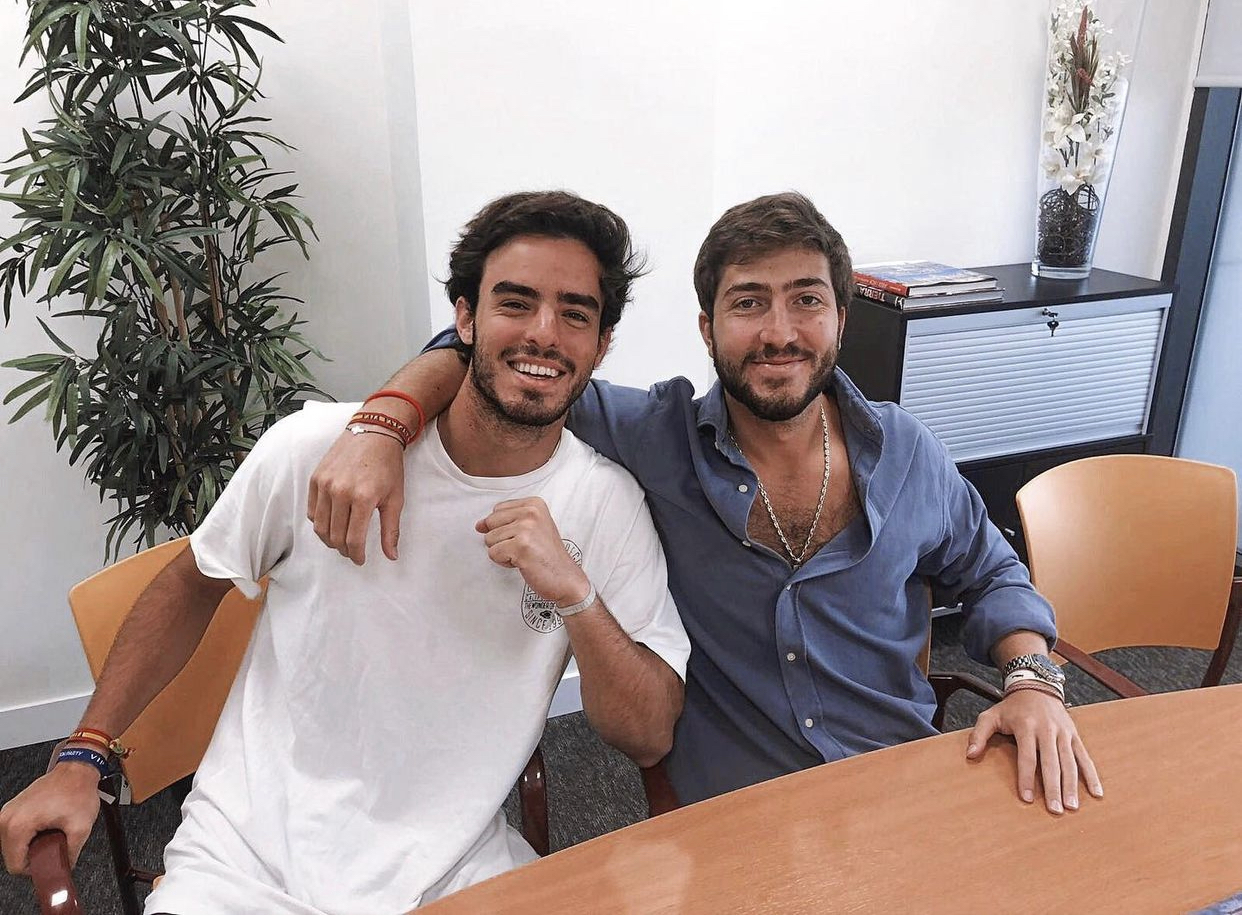 If there is a city with a varied hamburger offer, that is, without a doubt, Madrid.

symbol of American gastronomy -and now the world-

does not stop expanding while classic sites coexist with others of a new type.

On Saturday, May 28, this culinary icon celebrates its International Day, and we celebrate it with some of

and with the story behind Junk Burger

, the local Chamberí winner of the II Spanish Burger Championship. .

As the order of the factors does not alter the product, we started with Junk Burger, the project of two twentysomethings that in little more than two months has become the fashionable place and with full weekends.

These are the two words that

repeat the most since, on March 9, they and their restaurant in Chamberí became the creators of the

best hamburger in our country 2022

, by winning the final of the Championship, held in La Coruña.

Carlos Arias (on the left) and Javier Alfonso, owners of Junk Burger.

The object of this frenzy is the only

(very popular in the United States, which is made by flattening the ball of minced meat on the griddle) that was submitted to the contest and whose current figures are a bit dazzling.

Before the contest they had seven employees

More data: "During the month of the championship we sold 2,000 hamburgers, and it was already outrageous.

But every story has a beginning, and this one begins in 2020. After finishing Business Administration and Management, the two twenty-year-olds - best friends since they

met at a summer camp in Los Angeles as children

"Throughout my career I worked as a nightclub promoter, but

", says Javier, who with the idea in his head went to New York to

... " I think I went to all the burger joints in the city. When I got back, I asked Carlos, who was going to work at a bank in Andorra, if he wanted to start it up with me."

from summer camp jumped "in the pool."

The place has a street and somewhat clandestine aesthetic.

They were clear about the concept.

"At that time, Madrid was experiencing a

, very fat, almost to eat with a knife and fork. I had seen other more

in the United States , more to enjoy with your hands. So we bet on those

, but of great quality,

made with the best products from here".

He continues: "We grill them, without oil or butter, with their own fat. By crushing them on it,

a caramelized crust is created while they are very juicy inside," he

Finding the place was more complicated.

"It cost us our lives, because at that time prices were very high," recalls Javier.

And, finally, they found him:

a space of 170 square meters

of which the neighbors "said that it was jinxed, because for 15 years no tenant lasted more than a year."

Neons and graffiti decorate the room.

Turning a deaf ear to the songs of superstitious sirens, in February 2020, Carlos and Javier opened this dining room

with a New York aesthetic, somewhat

in which, in addition to them, three other people worked.

But March came and "Covid closed us down".

The confinement was lifted and, thanks to the local terrace, they began to shoot... May, June, July... And August?

"Since the city was almost empty,

we closed the restaurant, we set up a

. We sold ourselves a lot, and we realized that they liked them," says Javier.

" school bus, and we went to the beach again,

although we kept the dining room running", he adds. Then, back to the

They were not doing badly, but not "very well". They opened from Thursday to Sunday (today they do it every day). "We held on for the weekends and for the drinks we served". However, everything began to change: in December they decided to participate in the Hamburger Championship. "We incorporated a couple of things:

They use an American bus as a 'foodtruck'.

and rate it. We liked it a lot.

It was a rush," admits Javier.

It was even more difficult to be among the 10 finalists.

"At first, we were a little scared: only we participated with a

we were two 24-year-olds competing with people with a long history in the hospitality industry...

We felt like two children making their debut with Real Madrid".

It seemed that we were celebrating

Iniesta's goal in the World Cup in South Africa".

And how is this hamburger, today on the menu of the restaurant with the name of

, with four slices of cheddar cheese, smoked bacon, loaded with a secret sauce and all inside a brioche bun (13.90 euros).

The offer is completed with three other smash

shortly, they will launch a limited edition, something that they will repeat periodically

They have delivery (Glovo and Uber Eats) and "expansion plans, but for now

we want to focus on home delivery; on

this one we will be at the Zarzuela Hippodrome- and at our José Abascal location" .

The same one that, according to the neighbors, was jinxed.

"We have shown that it is not," concludes Javier.

The hamburger with the comb that identifies it as the winner of the Championship.

KEY PLACES TO GET THE BURGER GOURMET

We continue with the festivities of International Hamburger Day, that elaboration of meat between bread, as popular and global as pizza, which in recent years has gone from being an icon of

to a true gourmet snack, with great prestige and recognized names. in Madrid:

tracks to always have on your radar,

If there is a consolidated brand with history, that is New York Burger.

After 13 years they are still there, preparing first-class recipes and in continuous evolution (for some time now they have also opted for smoked meats).

Thus, among its latest additions are the

And they have just opened

created and baptized by customers through social networks

It comes in three sizes (

on the web of the teaches.

'SteakBurger Original', from the brand of the same name.

, with eight restaurants in Madrid and Murcia, opts for the first-class raw material to make its hamburgers.

For example, the protagonist of the star of the house, the

technique , which concentrates the flavors and provides great juiciness.

Grilled with oak charcoal, it is accompanied by smoked and crispy bacon, matured cheddar cheese and a special brioche bread.

on the web of the brand.

with which they have achieved third place in the II Spanish Hamburger Championship, held in March.

are made every day with cuts of beef from selected breeds (among them, from

) and are minced by hand.

We close with some establishments that, although they are not burger joints, serve some recipes to take into account.

, with homemade guacamole and free-range egg yolk, all inside a Panem brioche (14 euros).

Matured beef with brioche bread and cheddar cheese (16.50 euros) is served at the centenary

(Paseo de la Castellana, 52) they offer a version of British

For the most carnivorous, Dani García's restaurant offers the