Another wildfire broke out today in Uljin, Gyeongbuk. As the fire spread with strong winds, the second stage of the forest fire response was issued, and an evacuation order was issued for nearby villages. 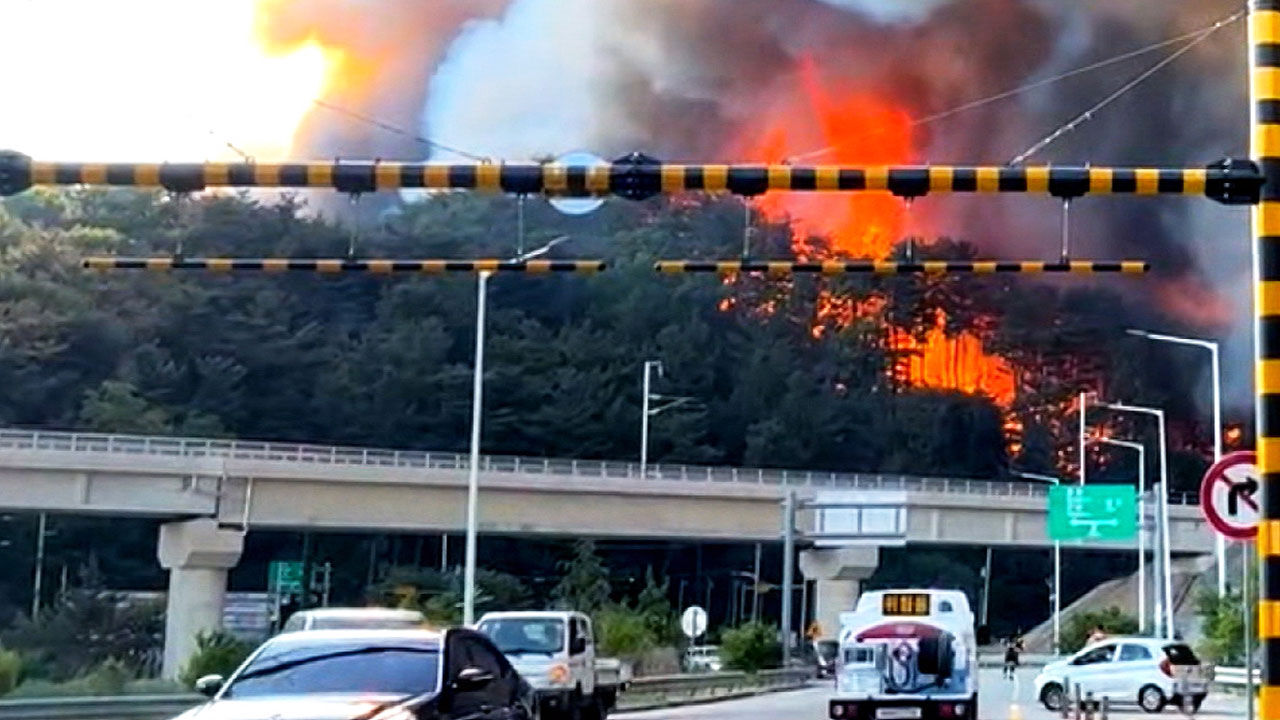 Today (28th), another forest fire broke out in Uljin, Gyeongbuk.

As the fire spread with strong winds, the second stage of the forest fire response was issued, and an evacuation order was issued for nearby villages.

Forest officials have decided to build a deterrent to prevent the fire from spreading further overnight.

First of all, this is TBC reporter Park Jung.

Fire helicopters are constantly spraying water in the smoke filling the sky.

The fire started around 12 noon today.

The fire, which started in a hillside along the national road in Haenggok-ri, Geunnam-myeon, Uljin-gun, quickly spread to the surrounding hills with the wind.

The forestry authorities put 25 helicopters and 200 people to the firefighting work, but it was difficult because the coniferous forest, which was vulnerable to fire, was concentrated in the strong wind of 20 m/s at an instantaneous speed.

[Forest Service Situation Room Official: First of all, the area (wildfire) is large, and there is a lot of smoke at the site.

It is not easy to evolve into a helicopter, the field conditions are…

At the site, the second stage of forest fire response was issued from 4:30 pm, and evacuation orders were issued for three villages: Haenggok 1-ri and Eupnam 1-ri and Eupnam 4-ri located in the direction of the wind.

There have been no casualties so far, but some towns are experiencing damage to facilities.

[Uljin-gun official: Now, first of all, we have prepared an evacuation shelter at the Gunmin Sports Center so that the victims can come.

The staff will also gather at 6 o'clock, so how can I apply right now?

After the forest authorities withdrew their helicopters as they could not catch the main fire until sunset in the evening, they continued to work on the nighttime firefighting while building a stop line centered on the firefighting personnel.