"The Triumph of Domestic Diplomacy": How the Treaty of Bucharest with Turkey Helped Russia Defeat Napoleon

210 years ago, the Treaty of Bucharest was signed, ending the Russian-Turkish war of 1806-1812. According to this document, the Ottoman Empire transferred Bessarabia and a section of the Black Sea coast in the Sukhum region to Russia, recognized the rights of official St. Petersburg to Georgia and provided internal self-government to Serbia. In addition, Turkey opened the entire water area of ​​the Danube for Russian merchant shipping, and its section from the Black Sea to the mouth of the Prut River for the military. According to historians, the Treaty of Bucharest opened up wide socio-economic and political opportunities for the population of Bessarabia, and also allowed Russia to secure its southern borders before starting a war with France. 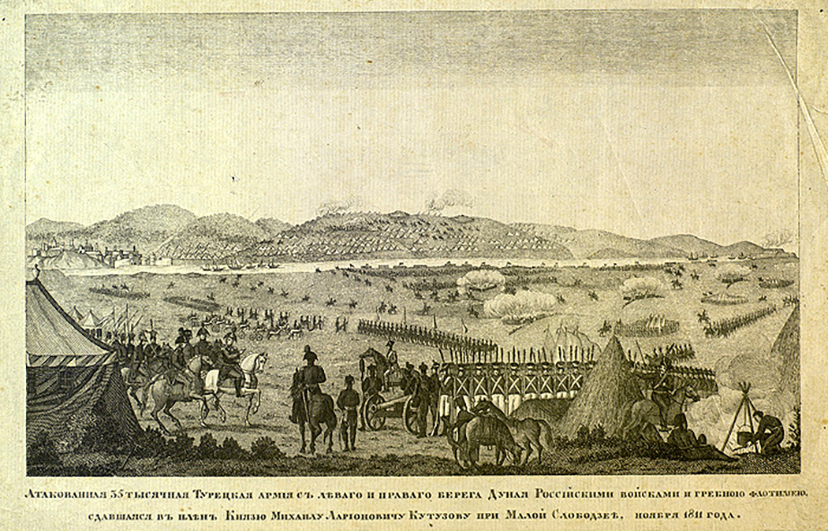 On May 28, 1812, Russia and the Ottoman Empire signed the Treaty of Bucharest.

He put an end to a war that had gone on intermittently for more than five years.

Under the treaty, Turkey transferred a number of territories to Russia, including Bessarabia, and also recognized the right to internal self-government for individual Orthodox peoples under the rule of the Ottoman Empire.

In addition, the Peace of Bucharest allowed the Russian Empire to secure its southern borders in anticipation of Napoleonic aggression.

In the second half of the 18th century, Russia won two wars with the Ottoman Empire, gaining control over vast territories in the Northern Black Sea region and the North Caucasus.

In addition, Russia obtained from Turkey a number of political preferences for the Orthodox principalities of Moldavia and Wallachia (the south of modern Romania), which were dependent on the Ottoman Empire.

In particular, the Turks did not have the right to change rulers (rulers) in Moldavia and Wallachia without the consent of the Russian side.

“At the beginning of the 19th century, the authorities of the Ottoman Empire had a keen desire to take revenge for previously suffered defeats and regain territories.

In addition, French diplomacy was pushing the Turks to go to war with official St. Petersburg at that time, which had the goal of preventing Russia from being fully present on the battlefields against Napoleonic France, ”said a professor at Moscow State University in a conversation with RT.

According to historians, the authorities of the Ottoman Empire counted on the fact that Russia did not have enough strength to fully resist the Turkish troops against the background of the wars that the Russian Empire had already waged on other fronts: against Persia and Napoleonic France.

In 1806, the Ottoman authorities committed a series of anti-Russian provocations.

In particular, contrary to previous official agreements, they replaced the rulers of Wallachia and Moldavia without the consent of St. Petersburg, and also closed the Black Sea straits for Russian warships.

In response, Russia introduced the Danubian (Moldavian) army into the territory of Wallachia and Moldova under the command of General Ivan Michelson.

“The show of force was supposed to have a cooling effect on the Sultan and prevent a war,” Sergei Sergushkin, an employee of the scientific and exposition department of the State Historical Museum, said in an interview with RT.

However, as the historian noted, the news of France's victories in Europe inspired the Turkish authorities, and on December 30, 1806, the Ottoman Empire declared war on Russia.

In March 1807, the Russian squadron, which had arrived earlier in the Adriatic Sea from the Baltic, blocked the Dardanelles.

In May 1807, she defeated the Turkish fleet in the Battle of the Dardanelles, in which the Turks lost over 2 thousand people, and the Russians - 83 sailors.

In the summer, the Ottomans made another attempt to unblock the Dardanelles, but were defeated in the battle of Athos.

The fighting in the land theaters, according to historians, was difficult for the Russian army, but even there it won a number of victories.

In 1807, Turkey and Russia signed a truce, but further peace negotiations were unsuccessful: the parties did not reach a consensus, and Turkish agents provoked anti-Russian riots in the Caucasus.

In March 1809, the Ottoman Empire announced the resumption of hostilities.

After the resumption of hostilities, despite partial successes, the Russian army did not manage to achieve a decisive victory for a long time, said Lidia Ivchenko, senior researcher at the Center for Military History of Russia of the IRI RAS, Candidate of Historical Sciences.

And in 1811, the situation became even more complicated: due to the growing threat of invasion of Russia by Napoleonic troops, part of the Danube army was transferred to the western borders of the empire.

“Only Mikhail Kutuzov, who was appointed commander-in-chief of the Danube army in 1811, was able to achieve decisive success,” Lydia Ivchenko emphasized.

However, the Russians did not have enough military resources to storm the enemy camp.

In October - December 1811, Kutuzov, during the battle of Slobodzeya, achieved the encirclement and surrender of the Ottoman army.

Because of the threat of a French invasion, Russia was interested in making peace with the Ottoman Empire as soon as possible, but this had to be done on favorable terms for St. Petersburg.

“Various means were used to speed up the negotiation process: military demonstrations on the Danube, spreading rumors about a possible division of the Ottoman Empire at the initiative of Napoleon, preparing an airborne detachment in Crimea for landing in Constantinople,” Sergey Sergushkin said.

In turn, the French diplomats tried in every possible way to disrupt the peaceful negotiation process between Russia and Turkey, but did not succeed, Lidia Ivchenko said.

“Kutuzov was able to find the necessary arguments to persuade the Turkish side to take a constructive position,” she stressed.

As the historian noted, Kutuzov reported directly to Emperor Alexander I about the progress of the negotiations, bypassing the Russian Foreign Ministry.

In St. Petersburg, there were many supporters of the idea of ​​joining Moldavia and Wallachia to Russia, but Kutuzov considered this condition unrealistic and feared that its discussion in the negotiations could disrupt the peace process.

As a result, the emperor gave Kutuzov wide freedom of action.

On May 28, 1812, a month before Napoleon's invasion, Russia and Turkey signed a peace treaty in Bucharest.

The border between the empires passed along the Prut River and the Kiliya branch of the Danube Delta.

Russia ceded Bessarabia with the fortresses of Khotyn, Bendery, Akkerman, Kiliya and Izmail.

But she returned Moldavia and Wallachia under Turkish control.

At the same time, the Ottoman Empire officially confirmed the rights of the principalities to political autonomy.

Also, St. Petersburg returned to Turkey a number of fortresses in the Caucasus, and the Ottoman Empire recognized Russia's right to Georgia and part of the Caucasian coast near the city of Sukhum.

The Russian Empire was not able to achieve complete independence for Serbia from Turkey, but the Serbs nevertheless received internal self-government under the official control of St. Petersburg.

In addition, the Ottoman Empire granted Russia the right to free trade navigation throughout the Danube and military navigation - along its part between the Black Sea and the mouth of the Prut River.

According to historians, the region as part of Russia began to develop dynamically, turning into a "showcase" of the empire, demonstrating its successes to its western neighbors.

If in 1824 the population of Bessarabia was 586 thousand people, then in 1910 it was already over 2.4 million. The Russian authorities supported the development of agriculture, trade and transport in the region.

Thus, thanks to the Peace of Bucharest, Russia acquired territories and trade and political preferences.

However, the main achievement for Russia, according to historians, was the opportunity before the start of French aggression to release significant military forces with rich combat experience and secure the country's southern borders.

“The Bucharest peace is a triumph of domestic diplomacy.

Kutuzov, on the eve of the war with France, was able to take the Ottoman Empire out of the game, which for a long time was one of our most powerful opponents.

This was a great contribution to Russia's victory in the Patriotic War of 1812," summed up Lydia Ivchenko.