These portraits are in the Mugunghwa Room... The main building and residence of the Cheong Wa Dae will open from today.

With the inauguration of the new government, general viewing of the Blue House was allowed. The inside of the facility is also open to the public sequentially. From today, you can see the inside of the main building where the presidential office was located and the inside of the official residence, which is a private space. 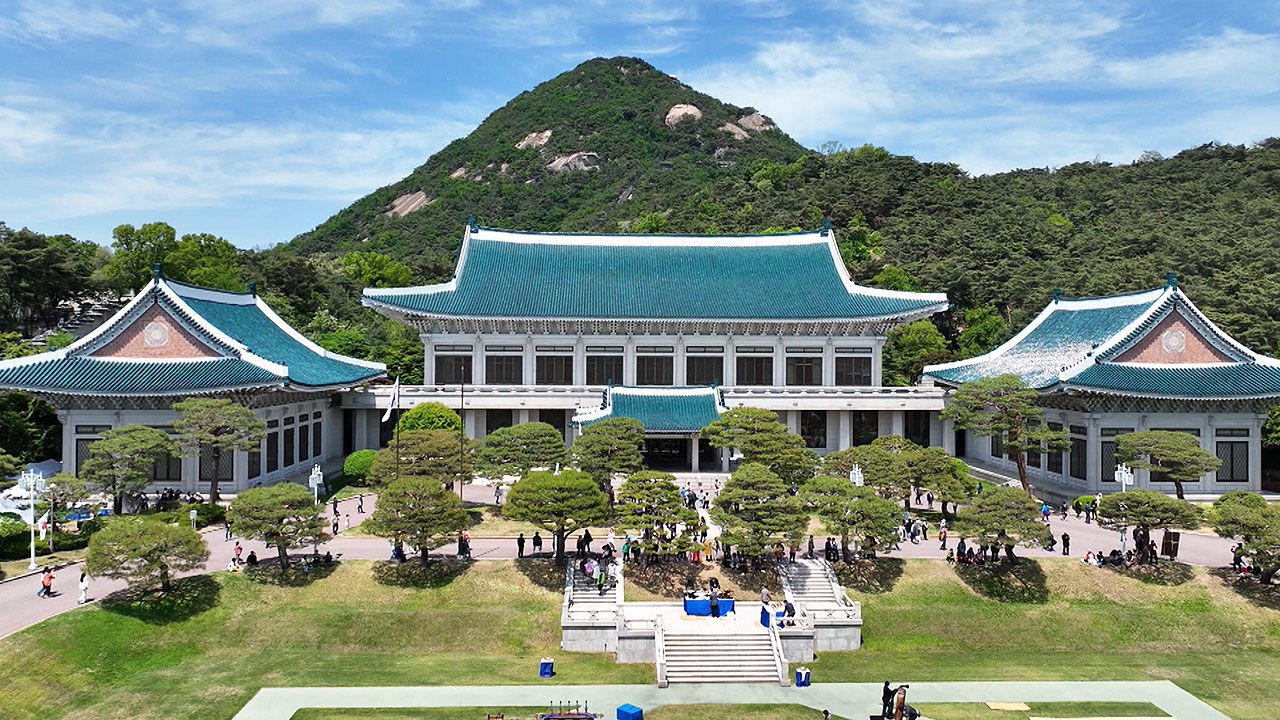 With the inauguration of the new government, general viewing of the Blue House was allowed.

The main building, which became the origin of the name Blue House, was completed in 1991 with 150,000 blue tiles.

On the central stairway, Kim Sik’s Geumsugangsando painted at the time of completion is placed, and going up to the second floor is the President’s Office.

It was a place where national issues were checked and small meetings were held.

About 200 meters away from the main building, the official residence is the President's private space.

The president's bedroom, bed and furniture have all been removed, but it is the space responsible for rest.

Next to the bedroom was the dressing room used by the president and his wife, and there was a separate makeup room.

The Blue House grounds have been open to the public since the 10th, and on the 23rd, the Yeongbingwan and Chunchugwan opened to the public first.

The long line of guesthouses was used as an official banquet hall when state guests visited.

It was very spacious, more than I expected.

And, it was cool because it was a mixture of modern and hanok.]

[Shin Cheol-woo / Yeongdeungpo-gu, Seoul: From the chandelier, it is quite high-quality…

It seems like I have been invited as a distinguished guest.]

Reservations for the Blue House visit are accepted through the National Secretariat Service until the 11th of next month.

[Park Jeong-seop / Cultural Heritage Administration Spokesperson: We are always open after the 11th.

There is a website open to the Blue House, and you can make a reservation there and come in.]

Over 400,000 visitors have visited so far, and the Blue House has become a famous landmark in Seoul.