The explosion at S-Oil's Ulsan plant, which killed one worker and injured nine, is revealing one after another that it was a human resource due to the failure to take proper safety measures. On the day of the accident, the reporters obtained the work permit that the subcontractor received from S-Oil. 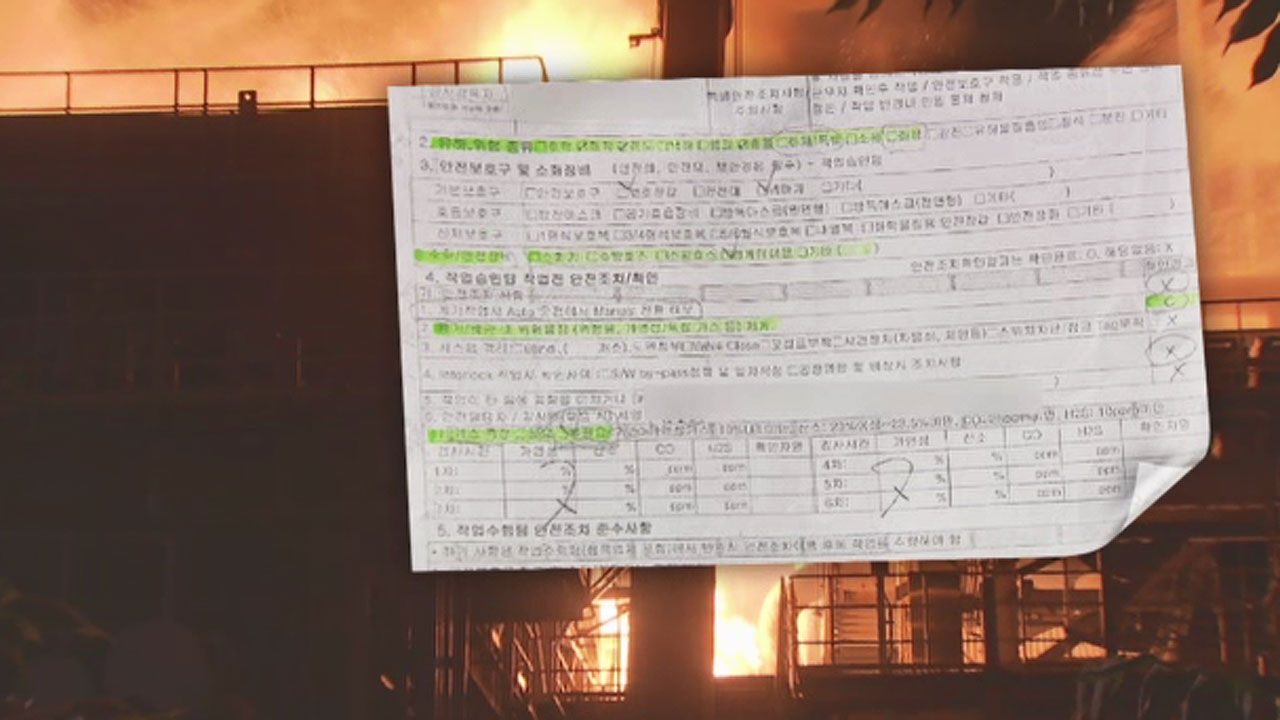 One worker died and nine people were injured in the explosion at S-Oil's Ulsan plant, which is being revealed one after another as a human resource due to inadequate safety measures.

On the day of the accident, the reporters obtained the work permit that the subcontractor received from S-Oil.

This is an exclusive report by UBC reporter Shin Hye-ji.

Five hours before the explosion at S-Oil's Ulsan plant, which killed one person and injured nine.

This is a one-page work permit from the subcontractor.

S-OIL checked the safety measures and delivered them to the partner companies.

S-OIL indicated that there is no possibility of fire, explosion or burns during this maintenance work.

For this reason, safety equipment such as fire extinguishers and fire hoses were not separately provided.

Also, it was marked that gas measurement was unnecessary by removing hazardous substances, but gas remained in the pipes and tanks.

[At the time, field worker: (while working) the sensor suddenly started to sound.

After that, (gas) started coming out.

A huge amount of water started to erupt, so it hurt my ears.]

In particular, the subcontractor received an urgent work request from S-OIL 7 hours before the accident, and was handed a work permit that should have been delivered through the computer in the first place at the site.

[Labor officials: 'What kind of risk factors are present in the field, how to deal with them, and proceed with work on site' It's talking about things like that.

(You mean you didn't do that?) Yes, you didn't tell me when the work permit came out.] The

injured family claims that the company's own ambulance came long after.

[Injured family: I have no choice but to think that I missed the golden hour.

The fact that it was burning under the fire for 20 minutes makes me very angry now, but how pitiful.] The

police and the Ministry of Employment and Labor conducted a joint investigation as soon as the safety check was completed, and thoroughly investigated whether safety was secured, such as emptying raw materials at the time of the accident. plan to do