"There will be no extreme transition": the leaders of Russian universities - on the rejection of the Bologna system of higher education 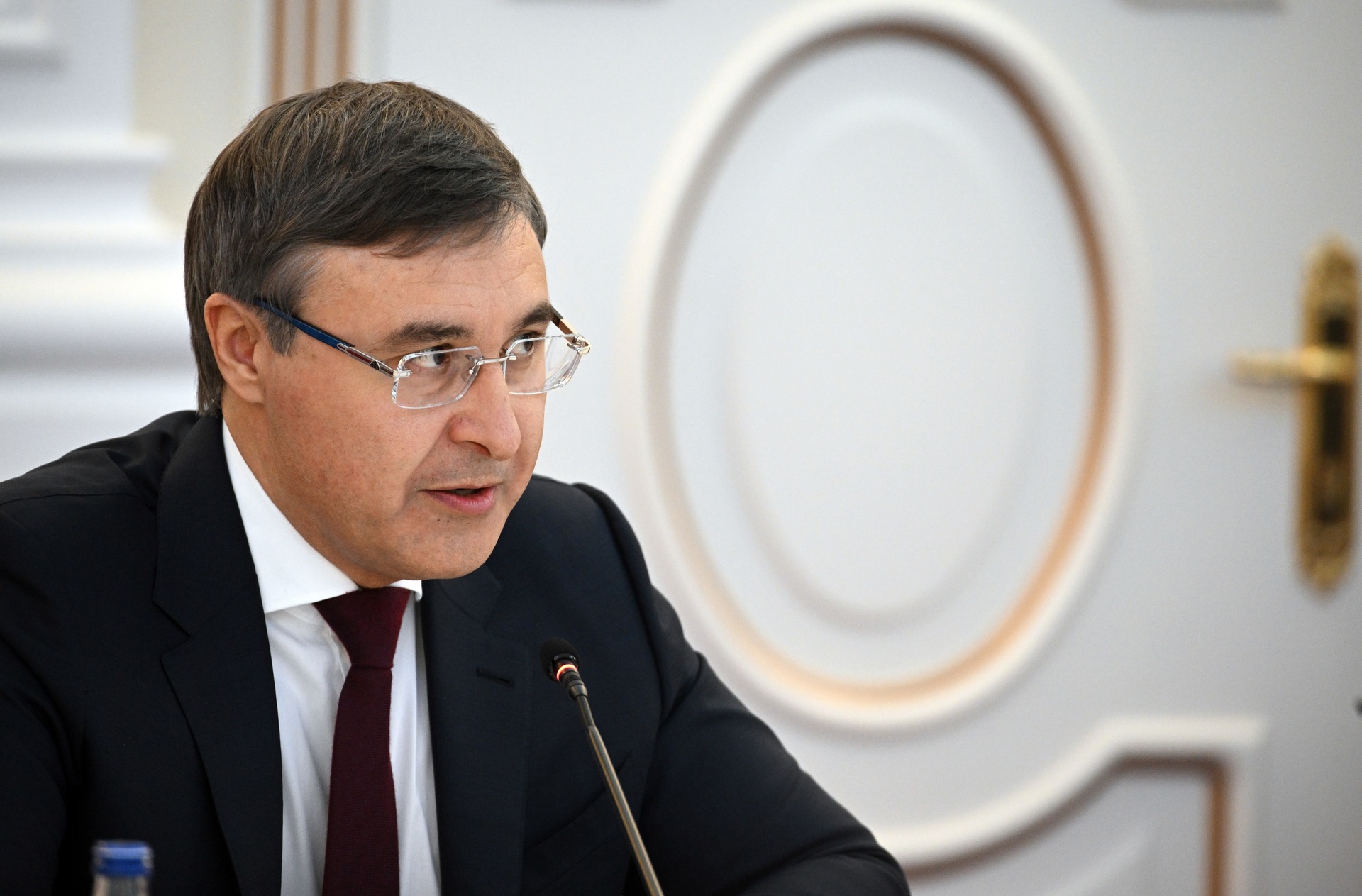 Practice has shown that the Bologna system of higher education is not optimal for Russian realities.

However, a return to the former German system that operated in the Russian Empire and the USSR is also impossible, since it no longer meets modern conditions.

This opinion is shared by experts interviewed by RT who hold leadership positions in the higher education system.

Experts believe that the already proven 2 + 2 + 2 system can replace the Bologna system, in which students can choose their specialization at all stages of their studies.

Recall that on May 24, the Minister of Science and Higher Education of Russia Valery Falkov announced the plans of the department to abandon the Bologna system.

The head of the Ministry of Education and Science noted that the Bologna system should be treated as a “lived stage”.

“The future belongs to our own unique education system, which should be based on the interests of the national economy and the maximum space of opportunities for each student,” Falkov told Kommersant.

According to Zakharova, although initially the goal of this system was the standardization of higher education in all participating countries, in practice this did not happen.

“That is, our diplomas have not received full recognition.

The State Duma plans to discuss the issue of Russia's withdrawal from the Bologna system in June 2022, Vyacheslav Volodin, speaker of the lower house of parliament, said during a plenary session.

He added that all factions of the Duma "have an understanding" of the need for Russia to withdraw from the Bologna system.

At the same time, the rejection of the Bologna system and the transition to new rules should be phased.

This was stated to TASS by the head of Rosobrnadzor Anzor Muzaev.

He noted that school graduates should be warned about the upcoming changes at least two years in advance, and students should not suffer.

“The main thing here is not to make mistakes again, which will lead, first of all, to the fact that our students, the quality of knowledge, and so on will suffer from this,” he explained.

Recall that the idea of ​​creating a unified European system of higher education was put forward in 1998 by the Ministers of Education of Germany, Italy, France and Great Britain.

Already in 1999, a declaration on the creation of a European Higher Education Area was signed by 29 European countries in Bologna, Italy.

The new system was intended to form a common European educational space in which students and teachers could freely change their places of work and study.

As a result, these transformations were designed to increase the competitiveness of European universities.

Within the framework of the system, a general system for assessing knowledge was introduced in the format of the so-called "credits" - credit units.

To obtain a bachelor's degree, you usually need to study for 3-4 years, you can apply for a master's degree after another 1-2 years of study.

At the same time, loans can be applied in any university that has joined the Bologna system.

Russia became a member of the Bologna Process in 2003.

In 2007, head of state Vladimir Putin signed a law on the introduction of bachelor's and master's programs into the system of higher education.

The leaders of Russian scientific organizations, in an interview with RT, summed up the work of the Bologna system in Russia and told what educational approaches it should be replaced with.

- Any system should always be based on the cultural and historical characteristics of the country.

The Bologna system of training is an organization of the educational process, sharpened by well-established Western values.

From the pre-revolutionary period and after the October Revolution, there was a German education system in our country.

It meant 5-6 years of study, depending on the program, and was adapted to our psychology, to the methods and formats of interaction between students and teachers.

The Bologna system can only work for certain sciences.

It is easy to imagine a bachelor's or master's degree in history, but it is already more difficult to understand the difference between these qualifications in the field of mechanical engineering, metallurgy or construction.

As for engineering specialties, universities should prepare specialists for modern industry with a wide range of knowledge.

The greatest damage caused by the Bologna system is excessive academicism and detachment of final works from practice-oriented tasks.

You need to understand what the quality of the knowledge gained is when the training lasts 4 + 2 (4 years of undergraduate and 2 years of master's).

For example, if a bachelor wants to radically change his specialty in a master's program, then he will not have time to study all new subjects in two years and become a good specialist.

In my opinion, the Russian classical education system has proved its effectiveness to the whole world, if we recall the first Soviet space flights or the developed nuclear program.

Thanks to this system of education, the specialist had the necessary amount of knowledge and competencies that allowed him to make and implement breakthrough projects.

— Russia's transition to the Bologna system was the wrong decision, and now attempts are being made to return to the engineering education that we had before.

Business leaders still do not understand the difference between a bachelor's and a master's degree, they are just waiting for well-trained specialists.

Given all the disadvantages of the Bologna system, I believe that almost all state universities will support the rejection of it.

However, it is no longer possible to return to the Soviet system.

Over the past decades, much has changed in society, new information technologies and objects have appeared.

Most likely, after the abandonment of the Bologna system, universities will teach students for five years, and not four years, like bachelors.

This will allow introducing into the curriculum those subjects that are needed by specialists, but for which there was not enough time to study within the framework of a four-year bachelor's degree.

So far, it is not difficult to rebuild, because the old education system has not been forgotten in universities.

There are people left and there are materials on the basis of which you can build a new system.

And if we delayed the rejection of the Bologna system for another 5-10 years, then it would really be difficult to carry out this reform.

A completely new generation of people would come who would not remember the old system that operated before Russia's entry into the Bologna process.

For them, this restructuring would be more difficult.

I guess we're going back to five years of training now.

However, this does not mean that the magistracy should be completely abandoned.

It can be left for those students who want to stay at the university for further admission to graduate school.

— Recently, even outside the framework of the Bologna system, we have been paying more and more attention to ensuring that the trajectory of students' learning is built individually.

Such maneuverability is fully provided by the 2 + 2 + 2 education model, which is being actively developed at Russian universities.

This is an alternative to the Bologna system, an approach that has long been developed and discussed in the professional, academic community.

Within the framework of the 2 + 2 + 2 system, the student has the opportunity, two years after entering the university, to clarify his future specialization.

After the first two years of study at the general education module, the student gets the right to attach to the department, where he will receive a more subject-specific education.

And at the next, third stage, he will be able to receive even more professional and specialized knowledge.

If a student wants to go into science, he can choose a research direction.

And if he chooses for himself an industrial, production orientation, then the specifics of training will also be appropriate.

This model has already been tested, it has been implemented for several years in various domestic universities.

Therefore, there will be no extreme transition after the abandonment of the Bologna system.

As for the Bologna system, at the moment it has actually ceased to operate for us.

If so, then Russia has the opportunity to think about those convenient, profitable and correct solutions that will meet the public and economic interests of the country.

Dean of the Faculty of World Politics, Moscow State University

- Let me remind you that in the USSR, people who studied for 3-4 years received an incomplete higher education, and under the Bologna system, such a person receives a bachelor's degree.

Thus, the very meaning of higher education is devalued.

The Bologna system also destroys the integrity of specialist training.

For example, when a bachelor specializes in one direction, and enters a master's program in another.

In this case, he receives sufficient education in only one area.

This approach is especially bad for the natural sciences and medicine.

Initially, it was believed that the Bologna system would be able to create a single global general scientific and educational network.

For various reasons, this never happened.

It is now clear that we cannot preserve an education system that is far from our national needs and characteristics.

On the other hand, returning to the classical German system, which was used in the Russian Empire and the USSR, is also wrong.

A new system needs to be developed in which the classical approach to education will be adapted in accordance with the new needs of society.

For example, the Soviet system of six years of medical education is already outdated, because mastering modern medical skills and knowledge takes more time than before.

It is possible that the term of study in medical fields should be increased to seven years.

Generally speaking, the new system of higher education to be built will have to be oriented towards the demands of our society and economy.