The 5th World Tripe Championship, organized by the Asturian chef Pedro Martino, already has a winner: Javier Muñoz-Calero, from the Madrid restaurant Ovillo (Pantoja, 8). The... 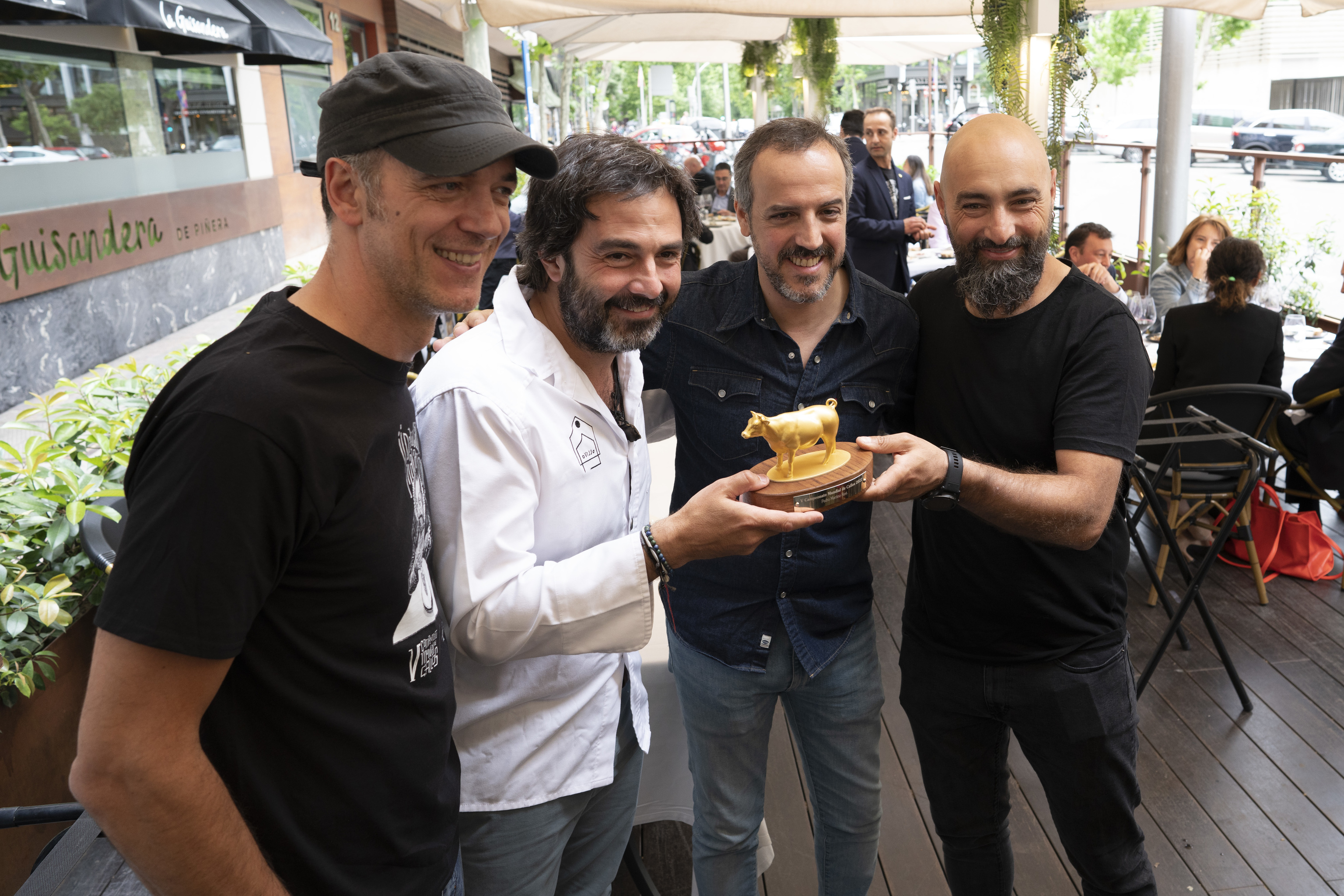 The 5th World Tripe Championship, organized by the Asturian chef Pedro Martino, already has a winner:

Javier Muñoz-Calero, from the Madrid restaurant

His has been a recipe with a certain surprise: a plate of

In the contest -held yesterday, May 24, on the terrace of

(Asturian embassy in Madrid, whose name is a tribute to those cooks who

)-, the Madrid restaurateur surprised the jury with this proposal in which the classic chickpeas were replaced by these beans, one of the keys to success.

At least, that's how Muñoz-Calera valued it after knowing he was the winner.

. And also that they have a broth with a lot of leg and a lot of snout that gives it

a lot of unctuousness

", adds the chef who left the shine behind restaurants to open this dining room in 2019, with a team made up largely of young people from

a weakness for this product

of Catalan cuisine, with which he "fell in love" at

"Chickpeas seem grittier to me and that's why I use mongetes. I partly owe this recipe to them," he says.

14 other finalists, four of them from Madrid restaurants:

The rest of the contestants came from one of

The professional jury of this championship, already a classic in the capital, was made up of renowned chefs, journalists and personalities from the world of gastronomy, for example, the

(Bardal, in Ronda, Málaga) and the last winner of the contest,