Use of recycled materials mixed with first-class carcinogens

Asphalt concrete waste, which contains class 1 carcinogens, contaminates the soil and can only be used for road construction. However, there are suspicions that it was illegally used by mixing it with aggregate at a construction site. 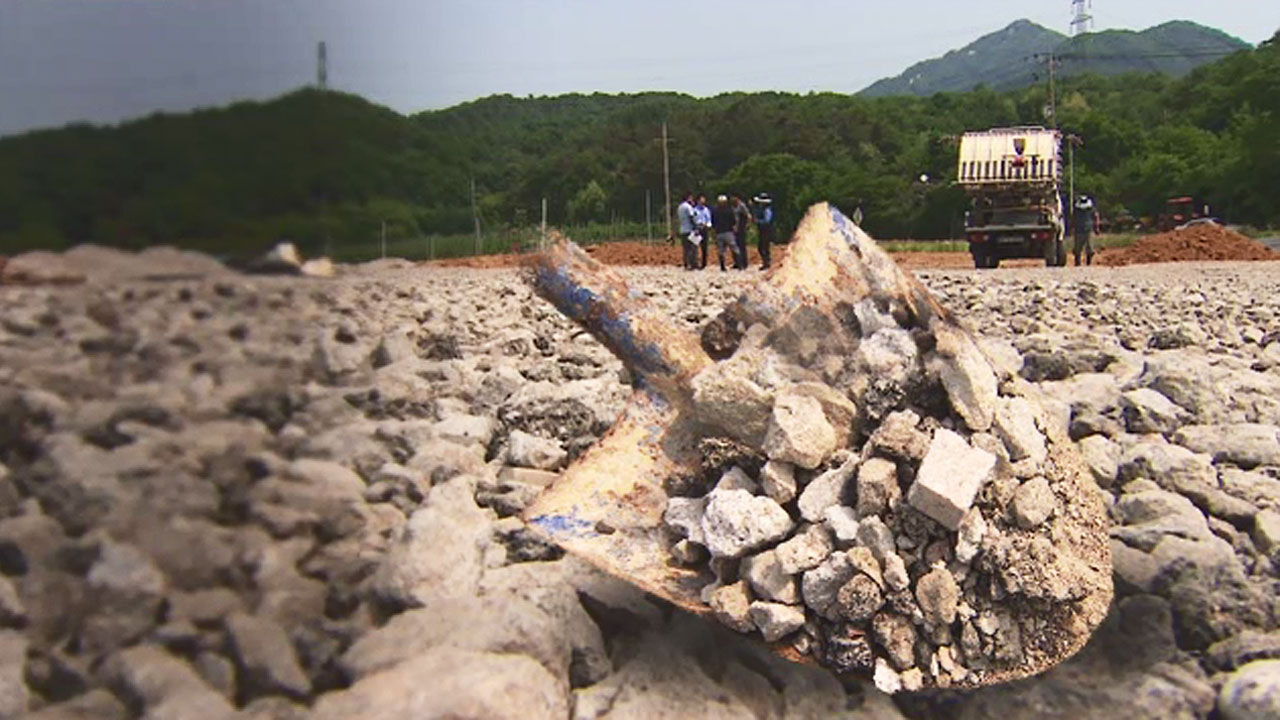 Asphalt concrete waste containing class 1 carcinogens contaminates the soil and can only be used for road construction.

However, there are suspicions that it was illegally used by mixing it with aggregate at a construction site.

Construction of a waste recycling facility is in progress on a site of about 5,000 square meters.

It looks like an ordinary construction site, but when the ground is dug with a shovel, waste asphalt mixed with recycled aggregate pours out.

It is estimated that the capacity will reach 1,500 tons, which is equivalent to about 60 25-ton heavy trucks.

The use of waste asphalt concrete

containing first-class carcinogens is strictly prohibited by the Ministry of Environment except for road construction due to environmental pollution such as soil.

It is suspected that the construction company not only used recycled aggregate mixed with waste asphalt in the parking lot site, but also tried to reclaim it illegally by using it for the building site where the steel frame work was completed.

The contractor claims it was a simple mistake.

[Constructor official: How is that landfill?

What to cover on top of landfill.

I thought it was a road and used recycled aggregate, but the city hall said no.]

The city of Wonju has ordered the construction site to be suspended and to be taken out on charges of violating the 'Act on Promotion of Recycling of Construction Waste'.

[Jin-Hong Kim / Local resident: They say it is a factory and construction is starting, but when we checked, it was a waste factory.

Of course, there is no choice but to oppose it.]