"Make sure to print it out." In order to be recognized for the 'Rapid antigen test' at the time of entry

The number of new coronavirus cases to be announced today is expected to be in the mid-20,000s. Reporter Park Soo-jin will tell you what to watch out for now, even when you come in from overseas, a negative confirmation of rapid antigen test for experts is accepted. 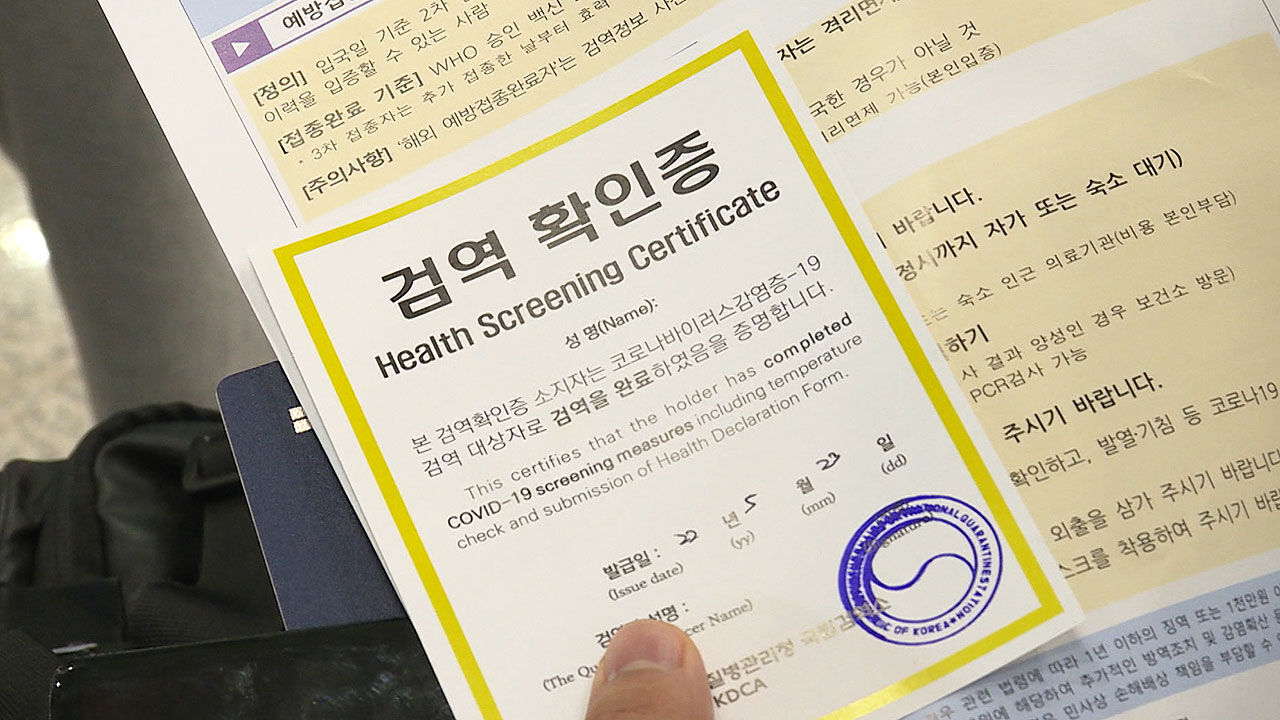 The number of new corona patients to be announced today (24th) is expected to be in the mid-20,000s.

Reporter Park Soo-jin will tell you what to watch out for now, even when you come in from overseas, a negative confirmation of the rapid antigen test for experts is accepted.

Yesterday afternoon at Incheon International Airport, the arrival hall was busy with people arriving from abroad.

A quarantine check is held in his hand.

When entering from overseas, not only a PCR negative confirmation within 48 hours, but also a negative rapid antigen test within 24 hours can be used to enter the country.

There were many responses that it was cheaper than the PCR test and the results were quick and convenient.

[Chae Mi-sun/German entrants: I was (inspected) at Munich Central Station.

The test results came directly to our e-mail after about 20 minutes.

The cost was free.] Since it was the

first day of implementation, there were a lot of arrivals saying that they had a PCR test just in case.

[Yoon Won-bin / U.S. entrant: I knew, but our date was a little vague, so I thought it would be certain to just get a PCR test...

Rapid antigen testing is only accepted for professional use, and self-diagnosis kits are not permitted.

Voice confirmation issued overseas must be in Korean or English, not in the local language.

You should also check that your passport number is written on it.

The voice confirmation letter is usually received by e-mail, but it must be drawn out and presented on paper during the domestic entry process.

[Germany entrants: From foreign countries, all emails are sent in PDF format.

You can print it and go, but it is inconvenient.] The

The number of seriously ill patients is also stable at 200 for the fifth day and the death toll is 22.

The quarantine authorities said that the decrease in the number of confirmed cases was stable and positive, but at a certain point, the decrease was expected to stagnate.