Javier Muñoz, the chef who travels around the world teaching how to cook with sherry

Javier Muñoz (Jerez de la Frontera, 1983) has been experimenting and preparing dishes with Sherry wines for 15 years at La Carboná, the family restaurant located in an old... 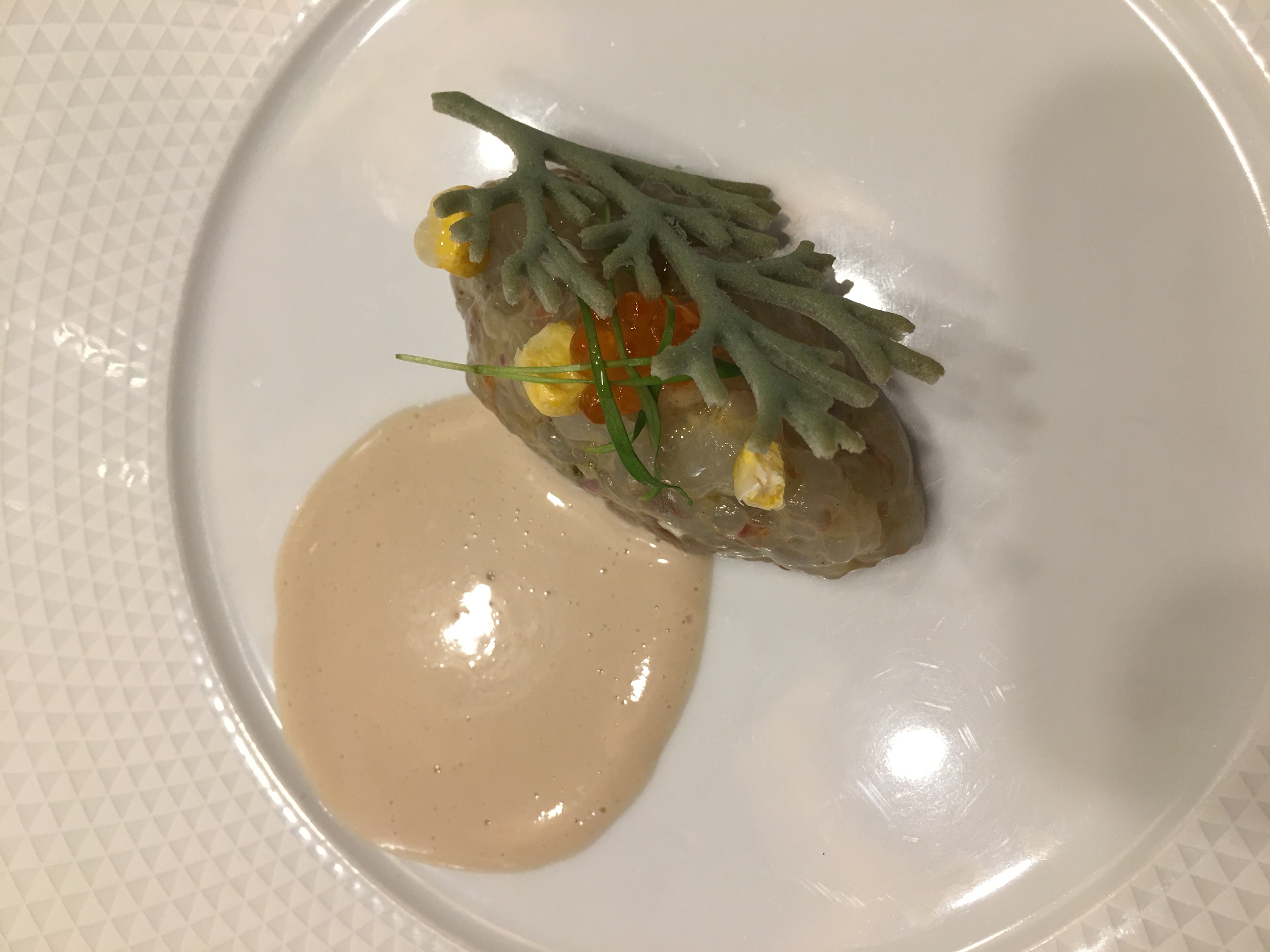 Javier Muñoz (Jerez de la Frontera, 1983) has been experimenting and preparing dishes with Sherry wines for 15 years at

the family restaurant located in an old cellar from 1898 in the center of Jerez.

Such has been his dedication to introducing Finos, Olorosos and Amontillados in his culinary creations that he has created a school and everyone now knows him as

And not only in Spain, but also in Denmark, Mexico and other parts of the world, where he is constantly called upon to demonstrate how the use of these wines in cooking enhances food, since "they provide a diversity of aromas, sensations and salinity which very favorably modifies the taste of things", according to the chef.

He has just arrived from Mexico City, where he has spent two weeks preparing a tasting menu for the

with dishes created by him, each one with different types of sherry from different cellars, from González Byass to Williams & Humbert, all belonging to the DO of the Marco de Jerez.

"I have been traveling to Mexico for 14 years giving advice on how to cook with this wine. They claim me because they like my cooking and then they replicate my dishes," says Muñoz.

He has also passed through the city of Guadalajara (Jalisco), where he has been collaborating with a Spanish cuisine restaurant that has just opened there to make dishes with Sherry wines and pair them with that denomination.

According to Muñoz, he introduces sherry into his kitchen not only directly, but also indirectly,

using all the resources provided by the vineyard

, from the yeast of the flower veil to make bread to the vine shoots to smoke different dishes or the staves. Oloroso... "It is also important to take into account the seasonality of the product and which one we have within reach at each time of the year. According to that, we see what type of wine we can cook it with," he says.

Among examples of the dishes: prawns from Sanlúcar, simply boiled with the vapor of fine wine, diced red tuna from Almadraba, with yolk emulsion and amontillado, or tomato tartar from Conil seared on vine shoots and guacamole.

For the chef, there is no product that can resist Sherry wine, even in recipes as traditional and intensely flavored as the Mexican ones.

Mexican mole with Oloroso, which has chiles, cocoa and its flavor is very intense

and the result of how it was transformed by adding said wine was surprising."

Where does this passion for cooking with Sherry wines come from?

of course, the great ambassador that we have in Spain for these wines", confirms Muñoz.

He invited him years ago to spend a season at his restaurant, where he learned to cook with sherry.

"Since then, I have been in love with Sherry wines and, when I returned to La Carboná, my parents' restaurant, we decided to make a change in our menu and focus on them. We were in the ideal place, surrounded by Marco wineries, so we had to take advantage of it. We immediately realized how sherry wines enhance food, how you can play with the spicy, acidic, bitter vinegar and how to achieve sweetness without adding sugar with, for example, Pedro Ximénez. There was a whole universe to discover and explore and we decided to bet one hundred percent that all the dishes were cooked with them and with all the elements around them".

all the sherries on earth are represented on your plates

"We are fortunate that, as La Carboná is a very large restaurant where many people come to discover the wines, we have a high turnover and turnover. We have some 300 Sherry references, which customers can try by the glass. As I have them within reach, I play with some and others... because the recipe changes a lot depending on whether you use a young fino or one that is very old or almost amontillado".

, with six dishes and a great journey through the different types of sherries (65 euros), and

eight dishes accompanied by a single type of sherry, for example Fino, depending on the time of year (85 euros).

According to Muñoz, around 70% of customers go to the restaurant for the wines, to get to know them and taste them, and 50% go for the tasting menus with sherry.

Muñoz's bet has created a school, especially in the province of Cádiz, "where it was not seen before and today there are already many restaurants that do the same," he says.

"Outside, I have been lucky enough to go to advise locals in Ibiza, Barcelona, ​​Marbella and other parts of the Spanish geography that now also bet on Sherry wines in the kitchen, because they modify the taste of things very favorably and, also, they are incredible for pairing", says the chef.