Another fire at the Icheon Logistics Center... 130 workers urgently evacuated

A big fire broke out at the golf apparel distribution center in Icheon-si, Gyeonggi-do, and the fire department is extinguishing it. At 11:40 am today, a fire of unknown cause broke out at the Chris F&amp;C Logistics Center in Ipyeong-ri, Majang-myeon, Icheon-si. 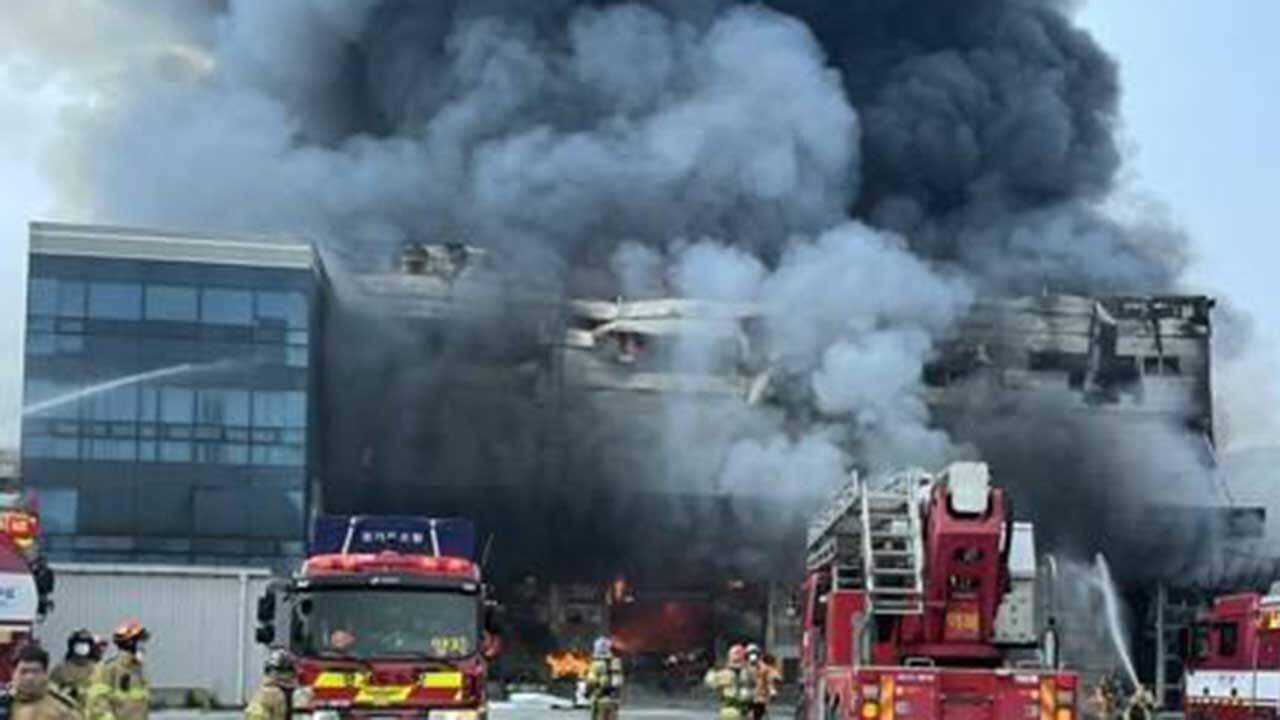 A big fire broke out at the golf apparel distribution center in Icheon-si, Gyeonggi-do, and the fire department is extinguishing it.

Today (23rd) around 11:40 am, there was a fire of unknown cause at the Chris F&C logistics center in Ipyeong-ri, Majang-myeon, Icheon-si.

According to a logistics center official, 134 workers were safely evacuated immediately after the fire.

There have been no confirmed casualties so far.

The logistics center that caught fire has four floors above the ground and a total floor area of ​​14,600 square meters.

It was found that 3 million pieces of golf clothing were stored inside.

It is said that there was a lot of burning material inside the building, so the fire spread rapidly and it was said to have spread to a big fire.

The cause of the fire and the point of initial ignition are unknown.

A firefighter official said, "There is a lot of clothing in the distribution center, so it will take some time for it to be fully completed."

The fire department plans to conduct a search for people as soon as the firefighting work is completed.

In Icheon, a fire broke out at the Coupang Deokpyeong Logistics Center on June 17, last year, about a year ago.

Kim Dong-sik, head of the 119 rescue team at the Gyeonggi Gwangju Fire Station, died in this fire.