Kwon Do-hyung, the CEO of the Korean virtual currency crash, denied the allegations of tax evasion and said that the Korean government had ingeniously collected taxes. He claimed that he had been unfairly punished. 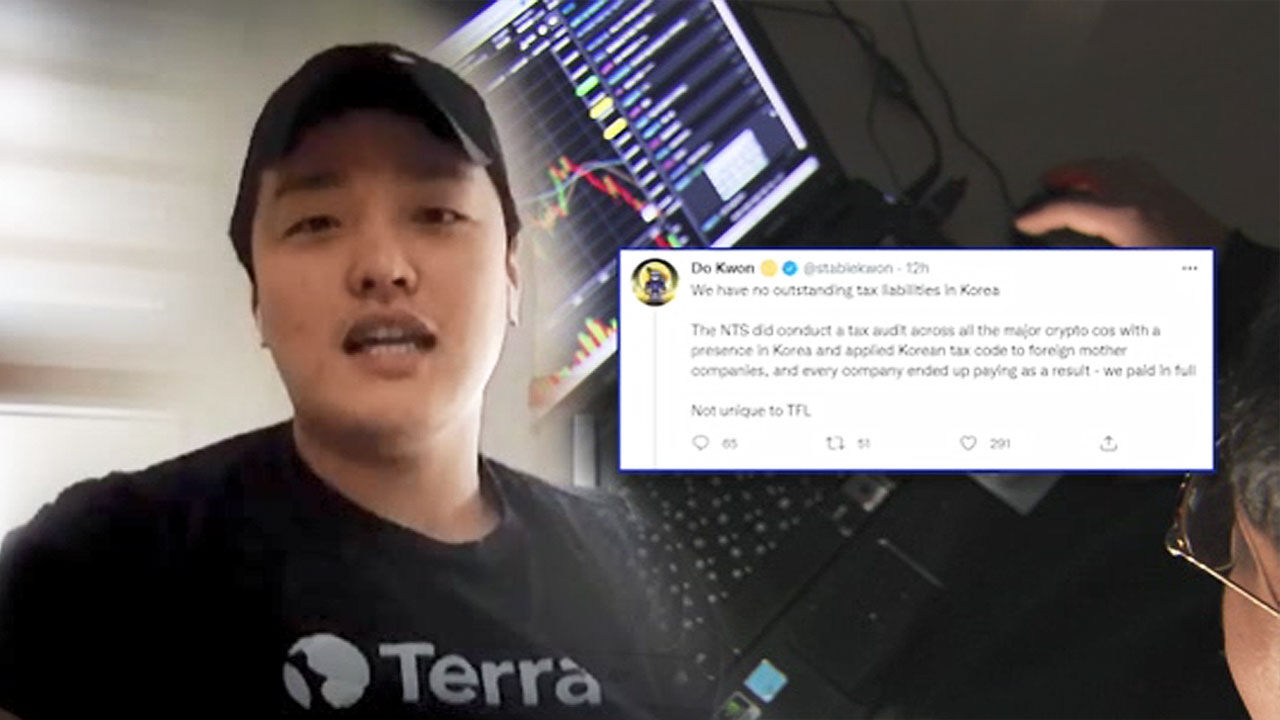 CEO Kwon Do-hyung, who caused the collapse of Korean virtual currency, denied the allegations of tax evasion and said that the Korean government had collected taxes ingeniously.

He claimed that he had been unfairly punished.

Reporter Son Hyung-an on the sidewalk.

Do-hyeong, CEO of Terraform Labs, who only takes a stance on SNS without contacting the media, posted a post last night (21st) denying all suspicions against him.

He replied that there were no unpaid taxes in Korea when asked by an SNS user about whether he was being pursued by the Korean tax authorities for non-payment of corporate tax of 78 million dollars or 99.2 billion Korean Won.

At the same time, he said that the South Korean government had ingeniously collected the money needed for the COVID-19 financial expenditures from virtual currency companies, with the intention of being unfairly taxed.

Regarding the allegations that Luna and Terra Coin liquidated their Korean corporation just before the crash, the timing was just a coincidence, and Singapore-based Terraform Labs countered that it is still in good health.

CEO Kwon also expressed his intention to actively respond to legal battles in the future, saying that he has been staying in Singapore since December of last year and will respond to any lawsuits or investigations.

In the midst of this, financial authorities have urged people to be careful about stablecoin transactions that promote price maintenance through an algorithm to prevent a second Lunar event.