Twisting into a spiral: Russian scientists have created elastic robots for the treatment of thrombosis

Russian scientists have created elastic robots controlled by a magnetic field for the treatment of thrombosis. The devices are a biocompatible elastomeric matrix with a thermosensitive polymer and magnetic particles. Under the influence of a magnetic field, the robots turn into a spiral that captures a blood clot and removes it from a venous vessel. The tests were successfully carried out on a model system simulating a venous vessel. According to the researchers, this method is safer than invasive and reduces the likelihood of new blood clots. 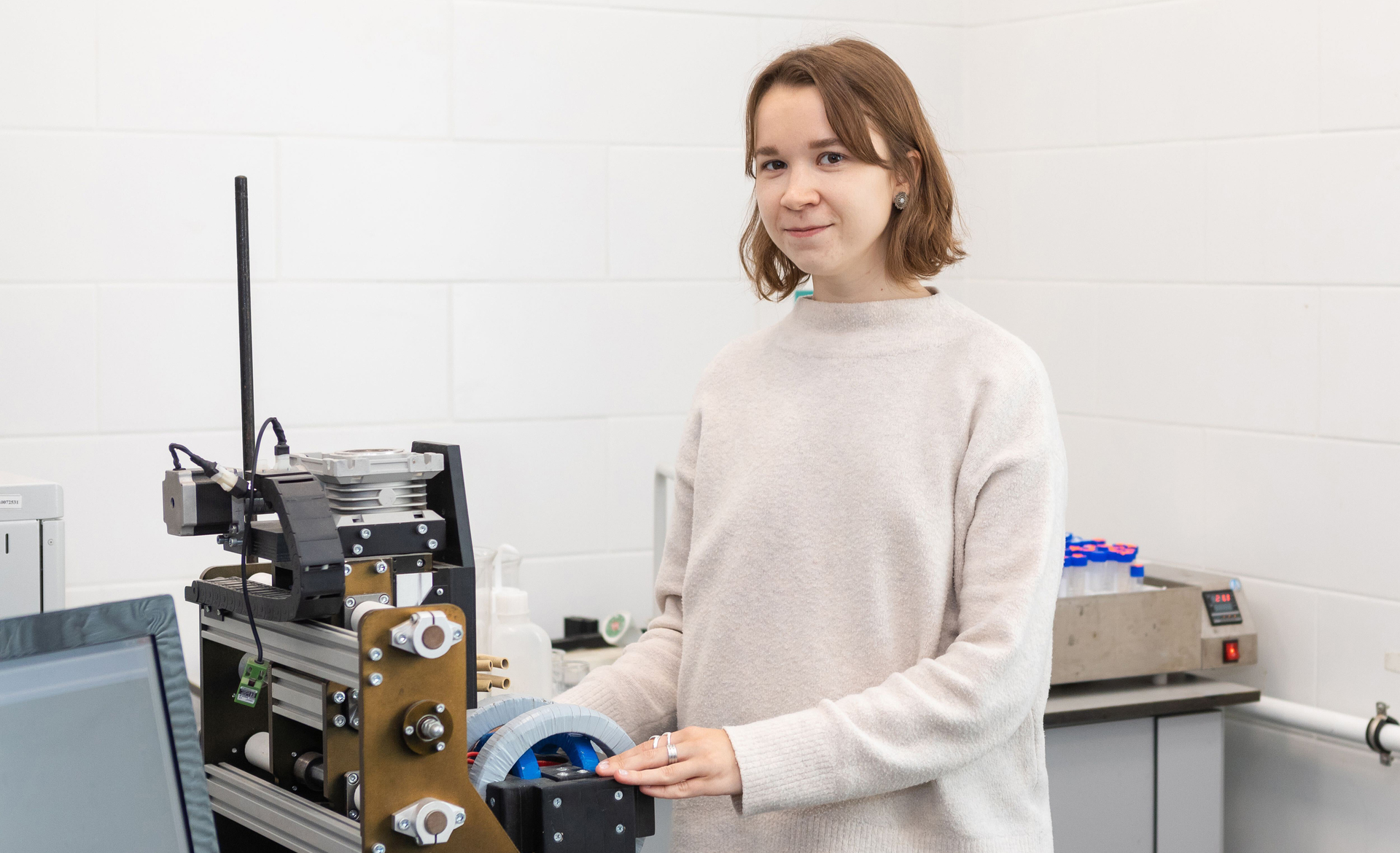 Scientists from ITMO University have created elastic robots controlled by a magnetic field for the treatment of thrombosis.

Under the influence of a magnetic field, they turn into a spiral in a vein, which captures a blood clot and removes it.

According to the researchers, this method will reduce interference in the body and reduce the likelihood of new blood clots.

This was reported to RT by the press service of ITMO.

The results of the study are published in the journal ACS Applied Materials & Interfaces.

The robots are a biocompatible elastomeric (polymers with highly elastic properties and viscosity. -

) matrix with a thermosensitive polymer and embedded ferromagnetic particles.

“We were looking for a way to reprogram the material so that it can move through liquids.

When this problem was solved, we adapted it for the treatment of thrombosis.

During the experiments, we were able to determine the optimal size, composition and design for our robots.

The length and width are approximately 15 mm and 2 mm: such parameters will allow them to move through deep veins without difficulty, ”said Anna Pozhitkova, an engineer at ITMO’s SCAMT International Scientific Center, in an interview with RT.

After the introduction of robots into a vein, they are transformed into a spiral under the influence of a magnetic field, which “winds” the formed blood clot.

Then, having hooked on the clot, the spiral returns back also due to the influence of the magnetic field.

Researchers have successfully conducted an experiment on the introduction of robots in vitro (in vitro).

The scientists placed the devices in a model system that simulated a venous vessel, with a fluid flow similar in viscosity to blood.

The process of turning robots into a spiral was launched and controlled using a magnetic installation capable of generating magnetic fields in different directions.

Recall that thrombosis is one of the main causes of stroke and coronary heart disease.

Most often, its treatment takes place with the help of surgical intervention and special devices - catheters or stents.

However, invasive intervention can be unsafe for health.

And rigid devices can damage the inner walls of blood vessels, causing re-clots to form.

According to the researchers, their development in the future will not only protect the inner walls of blood vessels from damage, but also reduce the likelihood of new blood clots.

“The structure of the material and the ability to control robots with rotating magnetic fields make our method safer.

Due to the softness of the material, the walls of the vessels will not be injured when the robots move, and remote control using a magnetic installation will allow fewer interventions in the body.

Also, our robots can even get into hard-to-reach places: into winding and limited environments,” Anna Pozhitkova emphasized.