It seems that the foreign men who caused controversy by posting a video of stepping on a squid barefoot on social media have disappeared. According to the city of Pohang today, four foreigners who were staying at the dormitory for foreign sailors in Nam-gu, Pohang, have recently disappeared. 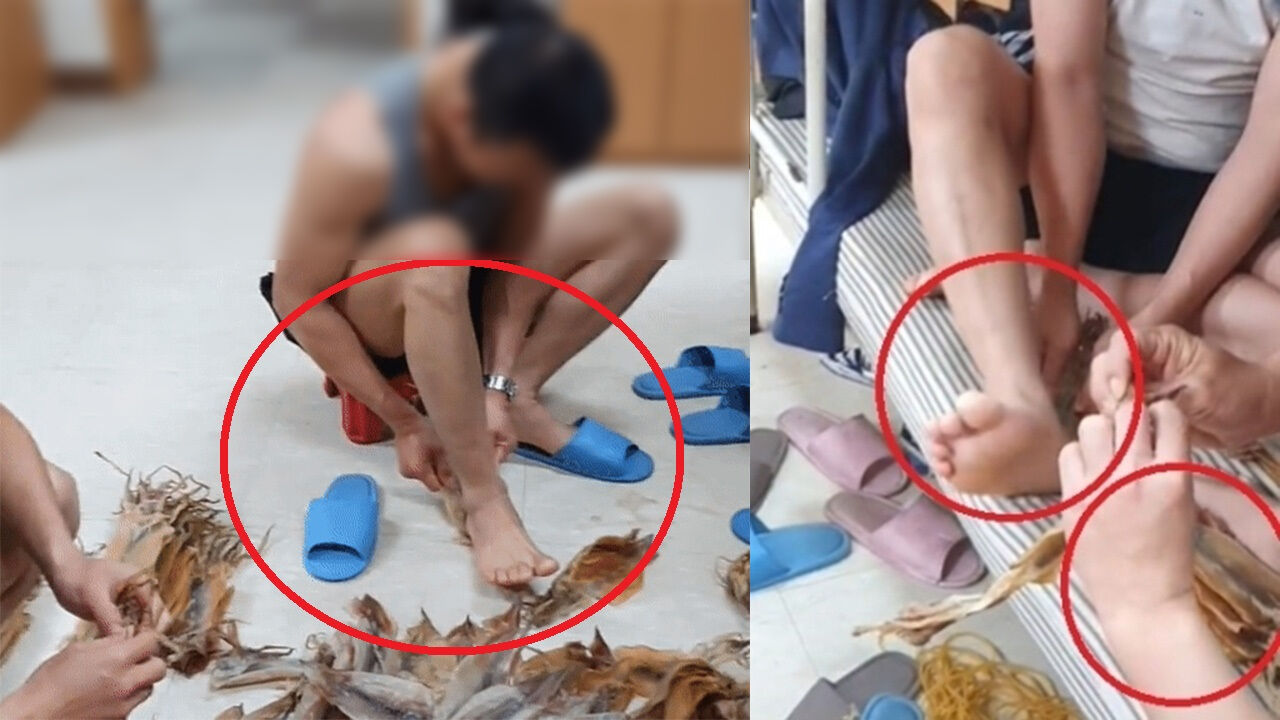 It seems that the foreign men who caused controversy by posting a video of stepping on a squid barefoot on social media have disappeared.

According to the city of Pohang today (17th), four foreigners who were staying at a foreign sailor's dormitory in Nam-gu, Pohang, recently disappeared.

It was confirmed that they were in Pohang until about 10 days ago, but their whereabouts after that are unknown.

They recently sparked controversy by posting a video of them stepping on dried squid barefoot on a social media site.

Even basic equipment such as work clothes, sanitary cap, and gloves was not worn.

When the video was controversial, the city inspected the site on the 11th and confirmed that the place in the video was not a company producing dried squid, but a residence for foreign sailors.

It is presumed that foreign sailors worked on squid fishing boats, brought squid they received from the shipowner, and ate it at their dormitory or sold it little by little at a nearby market.

However, it is believed that this squid was not distributed in large quantities in the market.

A dried squid manufacturer in Pohang said that they use a press machine rather than manual work to dry or trim the squid in the workshop rather than the dormitory.

The city tried to find foreigners and check whether the squid was distributed in the market, but it could not be disposed of immediately because it disappeared.

They came on a formal work visa and were not identified as illegal immigrants.

However, unlike the original purpose of employment, it was found that they had been working on a fishing boat or construction site depending on the circumstances.

A city official said, "Even if we try to dispose of it for violating the Food Sanitation Act, we can't find out where we are, so we're looking everywhere."